After a long and arduous search, I had managed to find a high-profile game more dull and pointless than Death Stranding. There needs to be some sort of achievement for people that can muster the will to sit through the entirety of Sable. Apart from the Herculanean patience, their bar for entertainment acceptability needs to be set relatively low. Like miles and miles underground. Maybe on the bottom of Mariana Trench. 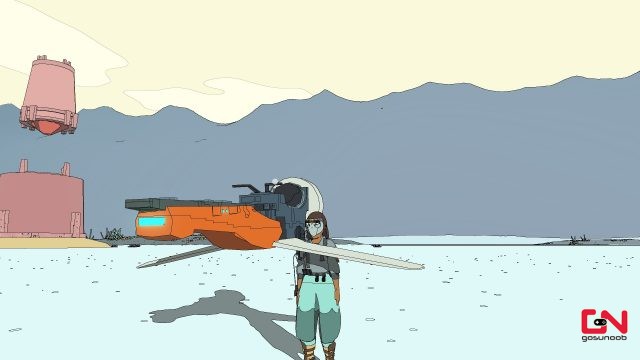 Forgive the hyperbolae, but I’m still decompressing after shoveling ten hours of my life into the fire. Sable is a time vampire, a unique game that is full of promise at the beginning. Like an oriental temptress, it nudges you to chase it over the endless desert, and you dutifully comply until your vision clears and you realize that hint of pleasure is nothing but a mirage. Take a deep breath, and boom, gone is the will to stick with it. Completely.

Sable is a non-violent, open-world game that feels like the indie Legend of Zelda, devoid of killing. There is a ton of „exploration“, with air quotes symbolizing the futility of roaming the mostly empty desert. There is also a lot of climbing. I mean, a LOT of it. Since climbing is pretty much the only thing that resembles any kind of challenge here, the game will shove it through your throat until you start to gargle. There is also questing and loot(ing), but no stats or leveling, so rewards are primarily cosmetic, i.e., pointless. In Sable, you don’t advance in power to tackle more complex challenges but simply do stuff for the sake of doing it. 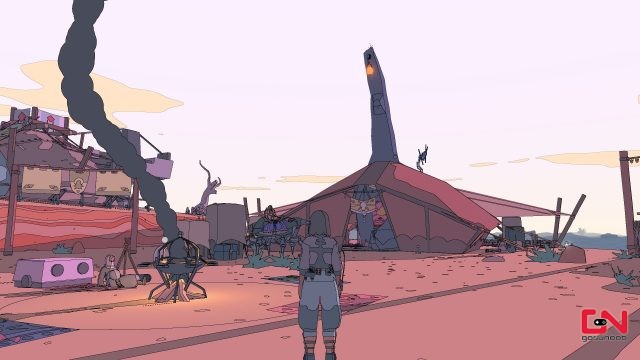 Before you accuse me of being shallow, I’d like to point to Sable’s premise. You play as a titular young girl about to embark on Gliding, a coming-of-age trip on her native desert planet. Her „Wanderjahr“, as Germans would call it, would have her leave the tribe and set off in the desert in search of purpose on her little hoverbike. Sounds dangerous? Not at all. The planet is peaceful as a heavenly utopia, no matter the backdrop that suggests otherwise. What about sandworms? There are none as this is not Arrakis. Hostile tribals? Bitch please, it’s not that kind of a game. What happened with the inhabitants of all those ruins littering the landscape? Or husks of great spaceships slowly rusting in the sand? Someone probably non-violently shot them down.

So premise doesn’t add up with the stuff you see and expect. The naivety of desert utopia and friendliness of many NPC-s feels significantly out of touch with, you know, everything. The tone (deafness) reminds me of the works of Eva zu Beck, a popular travel vlogger who encouraged young women to hike alone through the mountains of northern Pakistan (you can read about it here). If that doesn’t sound like a great idea to you, Sable will feel equally ridiculous as the entire game is framed as a reiteration of that recommendation. Every desert is a dangerous place. Even virtual, science-fiction, otherworldly ones should make your palms sweat. It’s common sense. 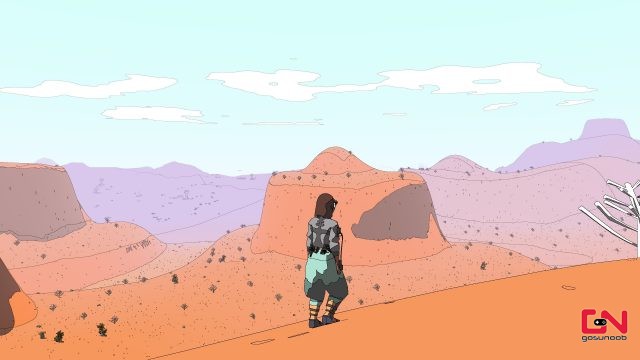 Climbing. It is endemic to this desert. It represents the only way to reach heights and potentially interesting hot spots related to quest or sightseeing. Young Sable has minimal stamina, so she can only scale the wall for a few seconds, forcing you to calculate the best approach for any particular vertical surface. Other annoying problem is the glitchy camera that constantly changes viewing angles, often obscuring the scene in indoor spaces. You will wrestle with it and learn to compensate by moving in small increments, but it will never cease to be annoying. 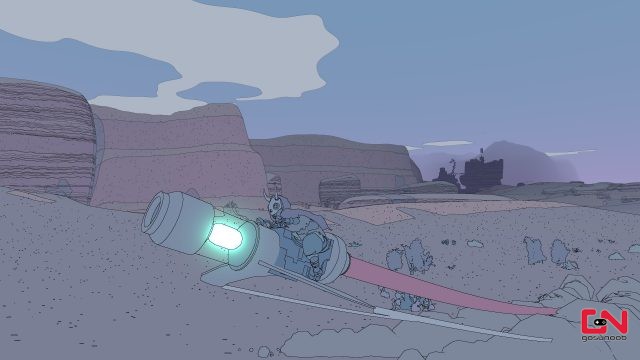 Is there anything here besides climbing and roaming the desert? I had mentioned quests and NPC-s, but their stories are mostly uninteresting. You will solve their problems, collect cosmetic stuff, badges and masks. The only pieces of loot that make sense are parts for your bike that provide better speed and acceleration. But a better-performing bike will only exacerbate the technical quirks such as persistent stuttering and twitchiness. For a highly stylized game with simple textures, Sable is surprisingly demanding, hardware-wise. You might expect it to work reasonably well on a modern Android phone, but it will choke your GeForce RTX 3080.

Sable is a gorgeous game, no doubt about that. But the visual style, almost in its entirety, seems „inspired“ by the works of Jean Giraud, aka Moebius, legendary French artist, and cartoonist. Who am I kidding? It wasn’t inspired by; it was shamelessly ripped off, leaving him uncredited. I suppose it’s easy to “liberate” someone’s art when the artist has been dead for almost a decade. If you don’t believe me, just google it and see for yourself. I’m considering The Incal or Une aventure de John Difool as a formative comic book experience from my youth, and I can’t help but frown at the people that helped themselves to it. 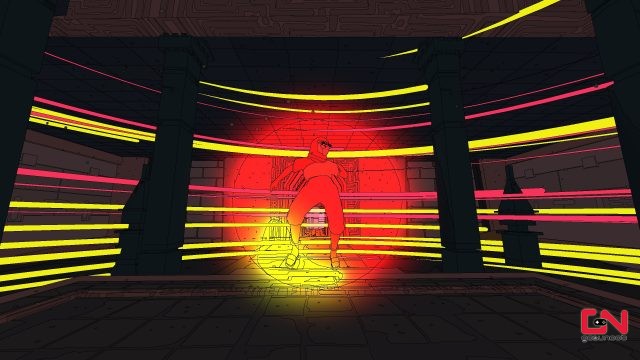 Some people will frown back, agitated by the tone of this review, complaining that I had failed to comprehend the tremendous artistic subtlety that is simply oozing from every crevice. Or the serenity of the universal humanity, found in its purest form on the sandy dunes of another world. But they would be wrong. Sable is deep like the self-help book for woke Millenials and rich in symbolism as the aquarelle painted by an elephant. With its snout. It’s dull, full of cringe, buggy as hell and its developers shamelessly pillaged Jean Giraud’s artistic legacy. Avoid it like an actual desert.