There is a particular sentence by Publius Vergilius Maro, AKA Virgil, a Roman poet from the Augustan period, often quoted in explaining the mindset of remarkable people doing terrible things. Flectere si nequeo superos, Acheronta movebo – „If I cannot move heaven, I will raise hell.“ Anakin Skywalker probably said that at some point. Stalin too.

The latest expansion pack for the best 4X game in the history of the known universe is all about raising hell. Stellaris: Nemesis tackles the late game period that previous expansions mostly avoided messing with, as there were more pressing issues to address before introducing new elements into the grand finale. Along with the paid expansion, we get a free 3.0 update that introduces several significant changes into the game. More on that later. 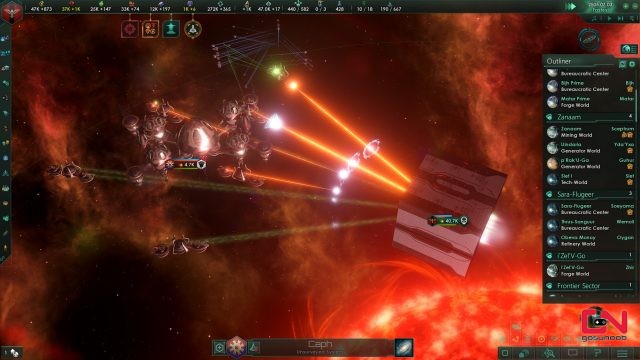 Stellaris: Nemesis enables you to become Crisis with the capital C. All three „historical“ endgame crises, Prethoryn, Unbidden, and Contingency, were about the forces wiping the life from the galaxy, but our Crisis raises the stakes to new heights while putting you in the front seat. If you decide to walk that path, your end goal will become transcendence to another dimension, The Shroud, a realm of dark energies that you might have previously peeked into after opting for „Mind over Matter“ ascension perk. Now you must become one with it, and in order to do that, you will need a LOT of dark matter for the fueling of Aetherophasic engine, mega-structure that you’ll build over your home star like the minacious version of the Dyson sphere. 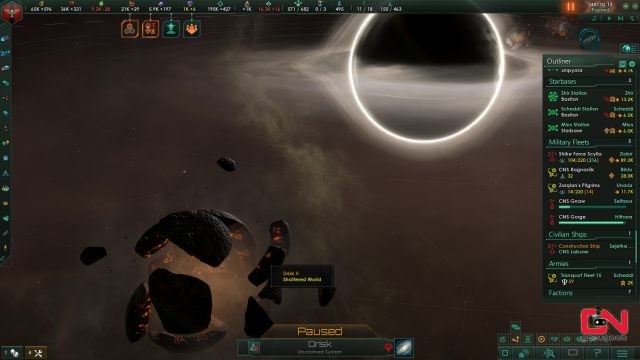 The amount of resources needed for fueling that hell furnace is beyond the means of traditional farming – you will need to blow up actual stars using specialized ships and collect residual dark matter after they went supernova. In your wake, you will leave a trail of black holes and shattered planets devoid of all life, racing to collect 100.000 dark matter needed for all three construction phases of said engine. The last act of that hell march through civilized space is beyond the pale – activating the machine that transcends your chosen peoples to the other side instantly detonates all remaining stars in the galaxy. You win; everyone else, their star, planet, and their dog explodes. 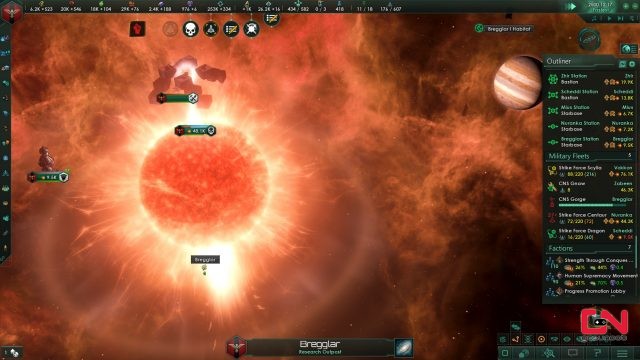 How one becomes the Crisis? By picking the corresponding ascension perk, which becomes available if you unlock any previous two perks. There are specific criteria you need to meet beforehand – for example, you mustn’t lead the civilization with Xenophile trait, as it would probably be awkward to have hippies blow up everyone on purpose. The Crisis is not an immediate thing; rather, it is a slow process split into five phases. By virtue of being aggressive, i.e., conquering planets, purging pops, destroying the ships and space stations, you’ll slowly collect Menace, a new type of resource solely used for Crisis, and ascend through the tiers of evil. Each tier provides several boons, for example, a new class of ships that it’s built using minerals instead of alloys, which basically means that you can create a colossal fleet very fast, provided your empire can support it. One more exciting way to accumulate Menace is breaching the galactic law – if you are a member of the galactic community, and everyone votes that purging the pops is not allowed, you could profit from middle fingering the space UN, laughing in their faces, and/or executing the envoys bringing the strongly-worded demarches. Darkly brilliant.

When you reach the final level of Crisis, every empire still standing will declare war on you, but at that point, you’ll get Star-Eater class ships. Resembling the Borg cubes, those imposing vessels can single handily wipe the floor with medium-sized fleets, but using them for the sake of naval supremacy would be a waste of the potential. Star eaters detonate stars, destroying the entire system, every planet, outpost, and ship in it, apart from itself. That terminal phase is a race against time, as you try to survive the combined offensive of all remaining free peoples in the galaxy, finally aware of what you are doing and desperate to stop you. 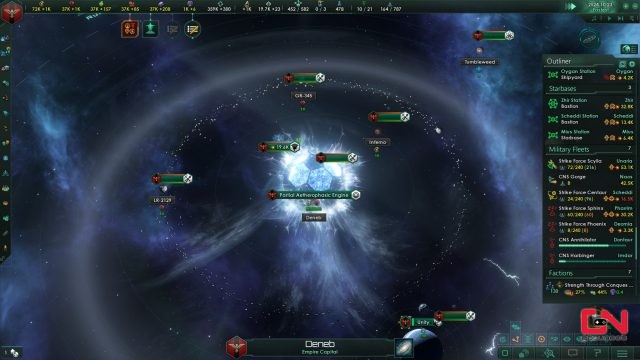 The beauty of Nemesis expansion is the option for the polar opposite approach, playing the role of the ultimate savior. Working within the framework of the Galactic Community, you can lobby for the office of Galactic Custodian, a powerful position that can coordinate global effort more efficiently. If you manage to secure the votes by slowly building trust, pumping up your diplomatic weight while avoid being an asshole, you might become a member of the galactic council and, later on, invoke the proposition for the ultimate prize – custodianship. As a Custodian, you get to propose a whole new set of resolutions regarding the united response to threat; you get the power of veto the resolutions you don’t like; you can initiate the formation of Galactic Defense Force, a mighty fleet that you alone will control. You can see where this is going… At some point, you might decide to pull Palpatine and opt to extend the custodianship for X more years, or even keep the emergency powers forever and form the Galactic Empire, which works like a big, unifying federation. As an emperor, freshly victorious from end-game crisis, you’ll only need to worry about rebellions and perhaps about some peasant lad from a desert planet in a remote binary star system. 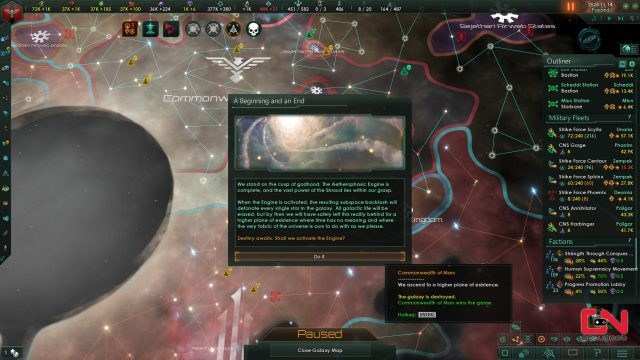 There are a lot of extra features that come with the 3.0 update. Most interesting among them is the revised mechanic for the first contact protocols – when you encounter the other civs, you must first decipher their language by assigning the envoy and going through phases, similar to excavating the archeological site. Depending on your initial disposition about contacting others, you can approach the first contact in a conflicting, cautious, or cordial manner. If you skip Nemesis, you’ll get a basic espionage mechanic in which you use envoys for general intelligence gathering, but if you pull the trigger and purchase it, espionage expands in the complex system with a plethora of clandestine operations like tech stealing, sabotage, smear campaigns, etc. Espionage is essential for adequately assessing the strength of your potential foes – chose to ignore it at your peril. 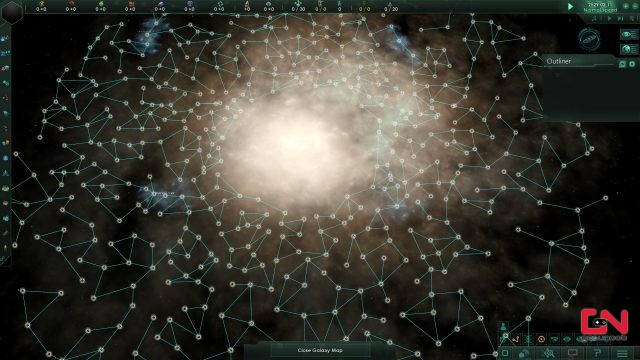 Stellaris: Nemesis is probably the best Stellaris expansion to date. Some early ones might have introduced new systems that replaced awkward legacy stuff like three modes of traveling thru space from Stellaris 1.0, later ones piled on tons of new, exciting stuff, but Nemesis is a loud crescendo that brings everything together. Stellaris finally feels complete.