How do you react to a splash screen proudly proclaiming that government funding assisted in the development of a video game? I feel an influx of cringe mixed with resignation, knowing full well that the game in question would be very safe for work. Now, that’s perfectly fine considering titles rated E (Everyone) I might play with my kids. I don’t mind safe predictability there; on the contrary, I’m generally favoring it.

I do mind when the game, advertising rebellious edginess, takes government money. Canada Media Fund supported the development of Sunday Gold, an adventure game dealing with criminal misfits in dystopian London circa 2070, trying to pull the heist of a lifetime and ending up clashing with a diabolical tech tycoon. There was a lot of talk of Disco Elysium, counter-culture, punk vibes, east-end lingo, and whatnot. After completing the game, the closest comparison I can offer is with modern-day Rage Against the Machine. That hapless band, the safest possible simulacrum of edginess dressed in the faux leather, pulsates with the same energy as Sunday Gold. The game is full of F-bombs and overplayed emotion, but the lack of actual substance is not easily concealed by noise.

The Future Sound of London 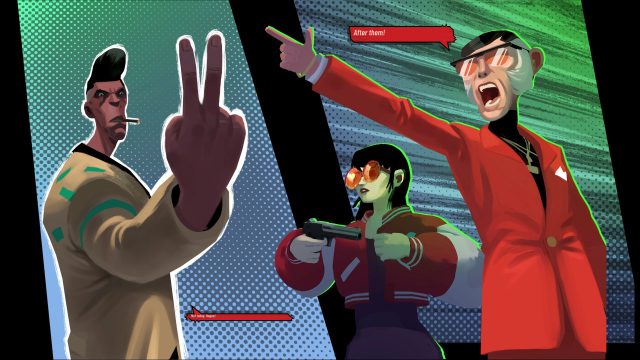 Sunday Gold is a name of a cybernetic dog, champion of futuristic blood sport. That violent canine is a personal project of Kenny Hogan, anti Elon Musk of the late XXI century. Frank and Sally, relatively unsuccessful criminals, join forces with Gavin, a disgruntled ex-employee of Hogan’s, in attempt to profit from stealing some industrial secrets. Through three chapters, our trio of antiheroes will dig up more and more dirt on Mr. Hogan, exposing some frightening stuff. The game narrative soon evolves into Deus-ex-inspired exploration of animal and human augmentation but never reaches profound depths. That dog periodically shows up as a recurring boss you need to defeat to proceed, but it lacks more substantial significance.

For the most part, Frank, Sally, and Gavin are competently written, and the same goes for voice acting. Initially motivated by greed, they develop crusading tendencies, ending up as torchbearers of progressive activism. Robin Hoods from the hood, so to speak. Sadly, Sunday Gold falls into the same trap as many modern works of near-future fiction. It pushes the “capitalism bad, eat the rich! “diatribe, joyfully ignoring the fact that it exists due to taxpayers’ money. Yes, the irony is lost on them. The story is linear, but there are junctions where you can decide between two different options while dealing with a crucial situation. 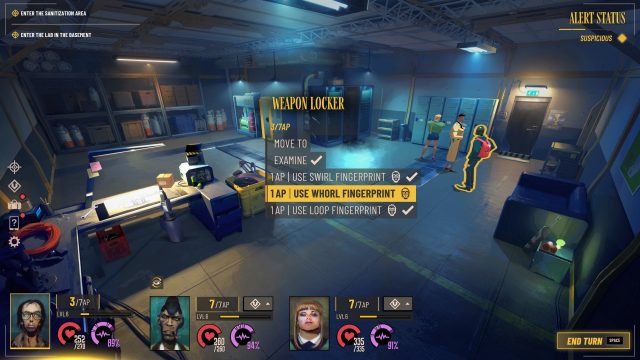 Lack of substance is, to some extent, compensated with unusual structure and form. Sunday Gold is a turn-based adventure game consisting of puzzles and tactical combat, augmented with RPG progression and loot management. If you never heard of the “turn-based adventure game”, don’t be alarmed; nobody has until now. The whole idea is that turns exist both during and outside of combat. Interaction within the gameworld is consistent with classic point&click adventures, but the twist lies in action points expenditure. During each “turn”, three (anti)heroes can expend their limited points interacting with the environment. If Frank, unofficial team leader, and safecracking expert, wants to lockpick the door, he must spend five out of seven points from that turn. And so on.

The entire point of that system is not the economy of effort but the rather crude tension-pumping. After everyone spends their points, you can initiate a new turn, which triggers the RNG system dealing with enemy awareness. Depending on an invisible dice roll, the “awareness” will rise or fall, resulting in combat when it reaches a threshold. Sadly, awareness isn’t tied to the nature of your actions at all – it’s completely random. It would be wonderful if there was a risk/reward system in place related to it. Say, you might decide to pull some risky shit, gambling on increasing enemy awareness but potentially profiting if successful. A random system like this feels rather pointless. 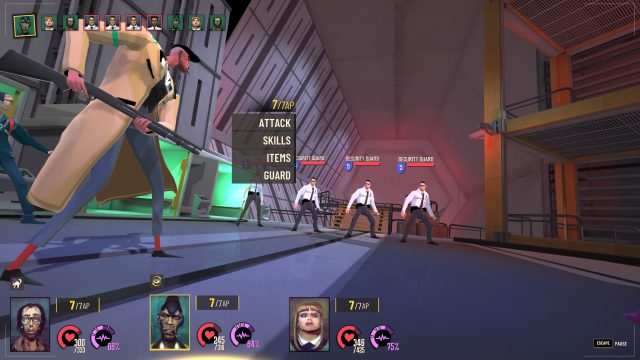 Puzzles are solid for the most part, but character-specific actions are presented as repeatable and tiresome mini-games. Lockpicking, dealing with the heavy/bulky stuff, and hacking the electronics trigger three corresponding games. The first two are reflex-based and generally always doable, if boring after a while. But the hacking relies on pattern recognition and numbers, requiring very special brain-wiring. I must digress for a second here and ask you to recall the backlash Tim Schafer got because he sneaked in RTS missions in Brütal Legend. People said they didn’t sign up for that, and they were right. Well, I loathe maths with every fiber of my being. More importantly, I hate being forced to roleplay mentat from the Dune universe in order to progress in the adventure game. Truth be told, you can pick the talent for Gavin (hacker), allowing him to automate hacking, but that option is not always available.

Combat is a turn-based, static affair comparable to early JRPGs. Every character has plenty of basic and special attacks, unlocked after investing level-up points. You can’t max out every talent since lvl.10 is the cap for each hero, but you can reset the tree after every chapter and try a different setup. There’s also equipable loot and consumables, but no vendor or economy. Besides action points, there’s a simple morale system in place, but if you are moderately careful, it will be of no concern.

Impeccable Aesthetics, But That’s It 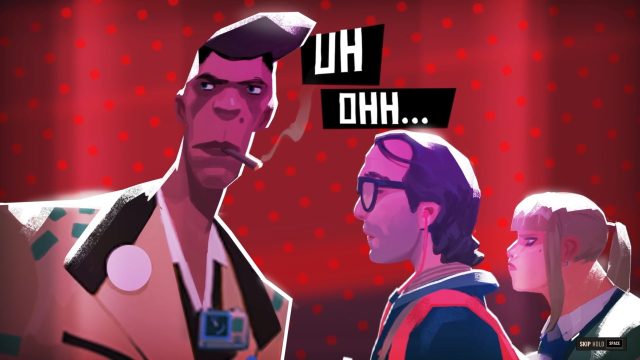 The one thing I definitely like about Sunday Gold is its visual style. The game represents a successful artistic experiment, combining old-school hand-drawn locations with highly stylized 3D characters. The visual splendor it offers doesn’t really compensate for its numerous failings, but it helps endure them until the ending credits.

I wouldn’t go so far as to state that Sunday Gold is a failure, but the game definitely suffers on multiple fronts. Taking turns outside of combat, the core element of its identity feels like an unnecessary gimmick; The story could do with fewer cliches and much more substance; Combat is nothing special either. And so on. Sunday Gold wants you to think of it as one of a kind. It definitely is, but that’s not necessarily a good thing.