Neon, rain, noodle stands, and advertising holograms shining through the permanent night. Environmental aesthetics of The Ascent ticks all the cyberpunk boxes, invoking the crushing depression not necessarily related just to the grim urban dystopia of the future. You will mostly feel down because of the repetition that is potent enough to put you into muscle memory gameplay trance. That trance will carry you over dozens of identical missions until you flatline or wake up screaming like Molly Millions, freshly out of drug-induced stupor in the meat puppet parlor in Chiba city. But let’s not jump too far ahead of ourselves. And no more Neuromancer references, we promise. 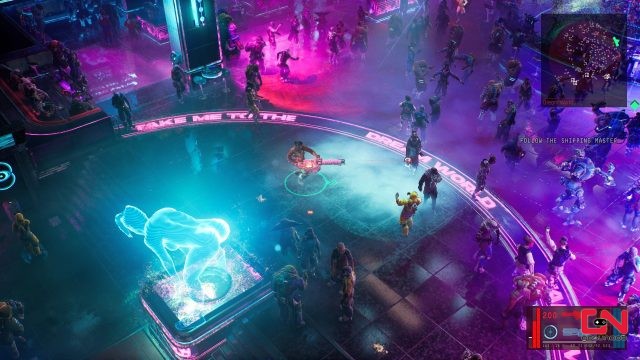 The Ascent is the solo/co-op isometric shooter augmented with some light action RPG elements, such as leveling and looting. There is no role-playing in a full sense of the term as the game only has one playstyle – shooting. There are no classes in The Ascent, no variations, and no deviations apart from some optional missions. On the other hand, The Ascent offers incredible graphics and support for the latest Nvidia technologies like Ray-tracing and DLSS. If you own any RTX card, you will want this game for benchmarking and showing off, treating it like a prized leopard in front of your envious friends. You will uncage it and let it purr, invoking fear, awe, and frightened desire to pet it. Played on a sufficiently beefy PC, The Ascent almost succeeds in visually outshining even mighty Cyberpunk 2077, no small feat for the indie title with probably 1/100 of the budget of the infamous Polish juggernaut. 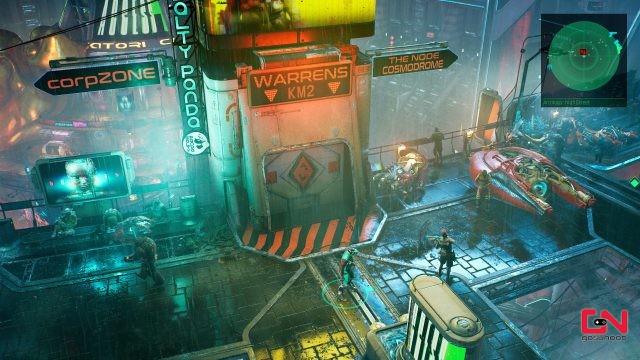 The Ascent story is too weak to be a proper critique of late-stage capitalism, but the game tries anyway, depicting the indentured servitude as a standard practice in the off-world colonies. Our unlikely hero is one of the countless corporate slaves on Veles, giga-city that evokes flashes of Imperial Hive-world from Warhammer 40K. Due to the complicated circumstances, the corporate entity that controls his sector goes bankrupt, putting the basic life necessities of ordinary people in danger. With the help of his immediate superior, our hero will try to kill his way to independence and self-sustaining security. 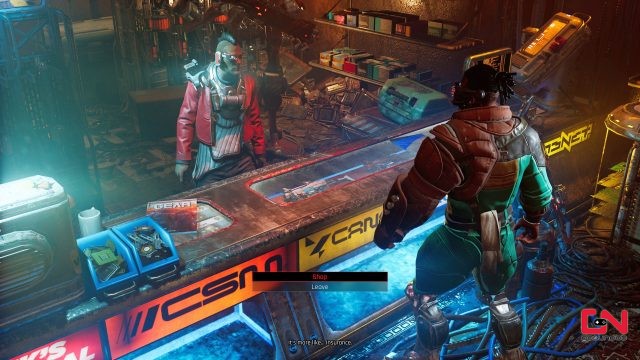 There is a legion of foes between the player and that goal, mainly in the form of armed goons that attack you because you stepped on their turf. The developers were obviously super-proud of their hard work in environmental design, so they designed the game as a dominantly walking affair, almost as if they decided that the player, by all means, must enjoy the sights and vistas they sweated over. Usually, you will be required to walk for miles from the quest giver to the objective, traversing the neon/rain/noodle soaked streets and fighting the one goon group after another, wishing you took a detour to use the semi-convenient metro (that still requires walking to). After several missions, you will unlock the option to use a taxi, but the expensive fare will put you off, not to mention that the requirement to unlock every new sector on foot. So, you’ll walk. And fight. 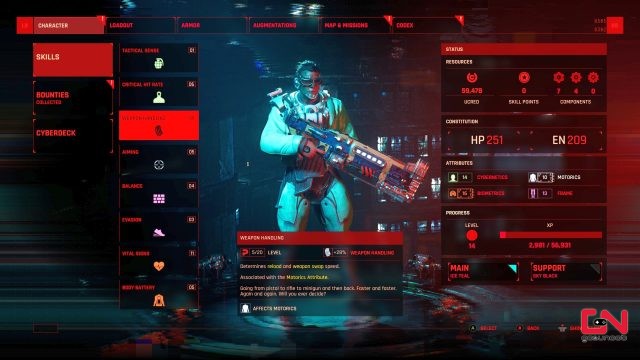 You will continue to do that when you reach the instanced zone with the objective, but this time, the environmental layout will turn into a maze. It’s comical how most campaign missions strictly follow the same pattern, almost as if the game was designed by the one-track mind industrial AI. Optional missions never deviate from that rule, only serving the purpose of getting some extra player levels that help dull the challenges of the later game.

Incredible visuals on the side, another partial saving grace for The Ascent is the solid shooting action. There are many weapons in the game, both ballistic and energy-based, and they work as expected, i.e., robots being more vulnerable to zaps than bullets. You are expected to take cover and fire behind it, dodging rounds and blades and using one of two shooting stances depending on the elevation or cover protection of your target. The combat often requires kiting – if you ever played hunter in World of Warcraft, you’ll feel instantly at home. New weapons are introduced in a controlled manner, never giving you the option to go wild and disbalance the challenge in your favor. The same goes for the various body augments that usually enable special attacks fueled by slowly buildable energy. Loot is quite boring, as the mobs mostly drop cash and first aid globules – if they drop any weapon, as they sometimes do, it will be because the game decided that you should have it on this stage of the campaign. 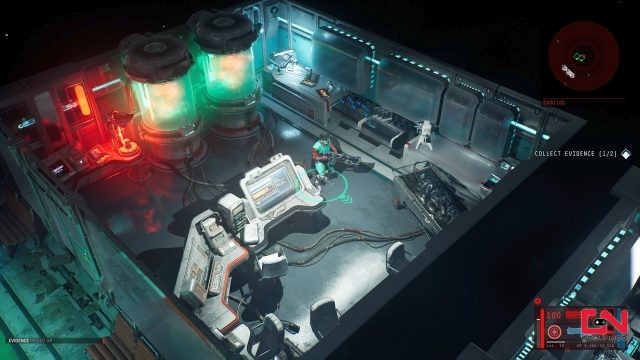 Should you play The Ascent? It depends on few variables, the most important being the question of having the Xbox Game Pass or not. If you had subscribed to this surprisingly good service that keeps on giving, you could play the game on day one on PC or Xbox consoles, saving you the 30-ish bucks or your local equivalent. If you are a strictly PC gamer, you’d want to have a powerful PC that can handle it. Last but by far not least, We advise you to steer clear of it if you tend to glitch under the aggressively blinking lights. The Ascent is not the biggest epilepsy-friendly game out there.