I wouldn’t bet any serious money on it, but for a long time now, I had a feeling that Games Workshop beats Marvel in the pure quantity of licensing deals. It seems that they would sell Warhammer license to anyone with a briefcase and a smile. The sheer abundance of Warhammer games, including many mobile f2p titles, means inevitable potency dilution. But the pendulum, luckily, occasionally swings to the other end. The quality end. Total War: Warhammer III end.

The third Warhammer game in the Total War milieu is the rich, final act that showers the hungry audience with dark candy. Not many fans are willing to admit it, but they enjoy trampling that pompous Order with rowdy forces of Chaos. Warhammer III gives you the best opportunity for that, enabling you to play with forces of Khorne, Tzeentch, Slaanesh, Nurgle, or even as Chaos Undivided in the unique campaign that combines every Ruinous Power in one „harmonious“ covenant. Besides those, we finally have the opportunity to play with Kislev or Grand Cathay and even good old, meat-obsessed Ogres.

Russians and their bears 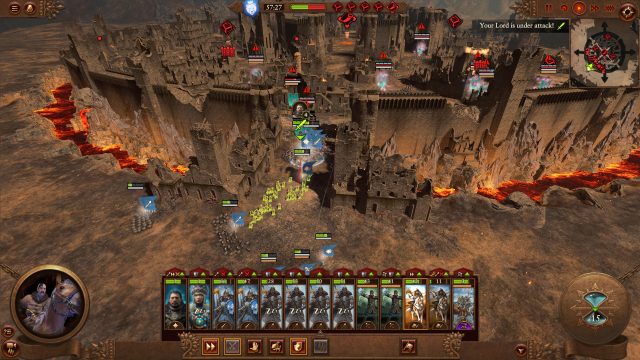 Kislev, Warhammer’s version of the Russian Empire, suffers from endless winter. Their bear god Ursun, whose roar was supposed to disperse the clouds, is nowhere to be found, so tzarina dispatches the fact-finding expedition led by prince Yuri Barkov. Desperate young royal prowls the northern wastes, struggles to survive, and listens to voices in the cold dark, you can pretty much guess where it leads. In the excellent prologue campaign, our hero gets tricked and seduced by a crafty demon, abandoning his allegiances and human form, becoming a new and penultimate threat to the world.

After the stage-setting intro, you can proceed with campaign proper, picking between seven options (eight if you count the Ogre Kingdoms that come as preorder DLC). The game recommends Kislev and the Daemon Prince campaign as the best initial choices. Playing as corrupted Yuri is the highlight of Total War: Warhammer III. His campaign is practically Chaos Undivided affair as he can chase the allegiances of all four Chaos deities, combining their troops in mind-boggling, darkly mismatched armies. Slaanesh + Nurgle units marching together? Why not! What is not viable in tabletop due to the difference in speed and other factors works like a charm here. 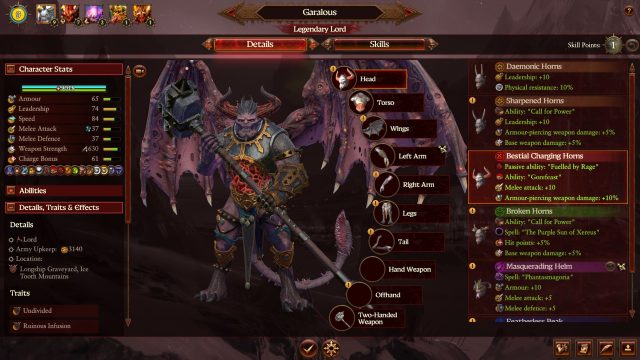 Daemon Yuri is also unique in the aspect of loot. While all other heroes could equip armor, weapon, and trinkets, our freshly minted daemon can replace body parts with better ones gifted by Chaos deities. It’s a macabre but sweet take on Heroes of Might and Magic equipment screen. Speaking of uniqueness, TW: Warhammer III goes farthest of both prequels, deeply diversifying the factions with various specific attributes. Ogres, for example, are using meat as a crucial resource, compelling them to non-stop conquest lest their units turn to cannibalism.

The campaign itself is even more dynamic than before due to rift mechanics. Every few dozen turns or so, imprisoned Ursun will roar, tearing the fabric of reality and creating the passages between your world and kingdoms of Chaos. Through those rifts, Chaos forces will emerge and start raiding everyone, but they are also the key to victory. To gain access to Ursun’s prison, you must venture into each Chaos’ deity realm, slay one of their princes and claim a piece of its soul. Once you have four of those, you can pat yourself on the back and confidently sail into the endgame. Or can you? The trouble is, enemy factions can beat you to it and finish the campaign before you realize what is happening. 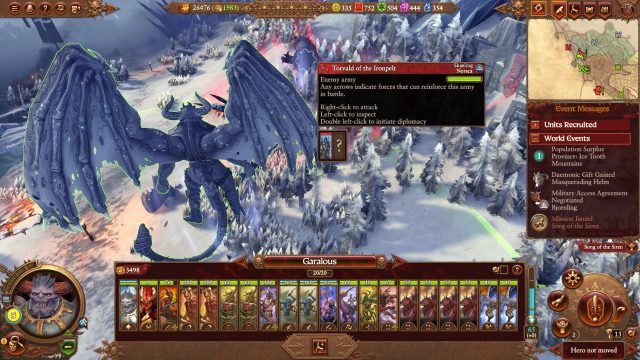 Total War: Warhammer III suffers from the two problems that persist through recent Total War titles. Both are related to spam. The first one is the number of new quests, pop-up events, and announcements at the start of every campaign. The game carpet bombs you with stuff, force-feeding you the bits of narrative in the amount that almost smothers your cognition. The quiet elegance of Shogun and Rome Total Wars is long gone and replaced by daemonic cacophony. My next gripe comes from the agent spam in the middle phase of the campaign. Strong competitors will invade your territory with corruption/influence/plague spreading agents, forcing you to micromanage their elimination. If you are brutal and efficient in destroying hostile kingdoms, that problem could be short-lived, though. Near the end, it becomes almost irrelevant.

The pinnacle of the trilogy 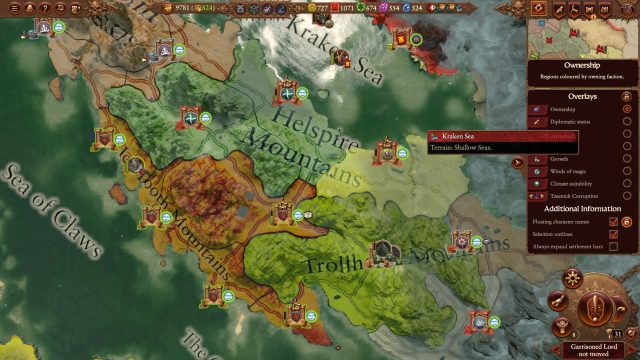 Is Total War: Warhammer III the end of the road for Creative Assembly’s Warhammer mega works? Judging by the previous games, the developer will focus on producing the quality DLC for the next couple of years, so no one should worry too much about the future. In any event, every true fan should be delighted with the job they have done over the last decade.

All three games were remarkable in their own right, and despite a few problems, this grand finale is the best one by far. Creative Assembly and SEGA gave us what we longed for all those years. Don’t get me wrong, playing with Lizardmen and Skaven is cool, but the Chaos Undivided stands on the fiery head and spiked shoulders above all else.