Twin Mirror is a gaming equivalent of Twin Peaks devoid of supernatural stuff, great characters, or otherworldly suspense. This narrative detective adventure, constructed in a fashion similar to Fahrenheit, Heavy Rain, and other games made by Quantic Dream, desperately tries to engage the player on the same level as those (much) better games, succeeding only in forcing him/her to make the comparison constantly. And sigh. 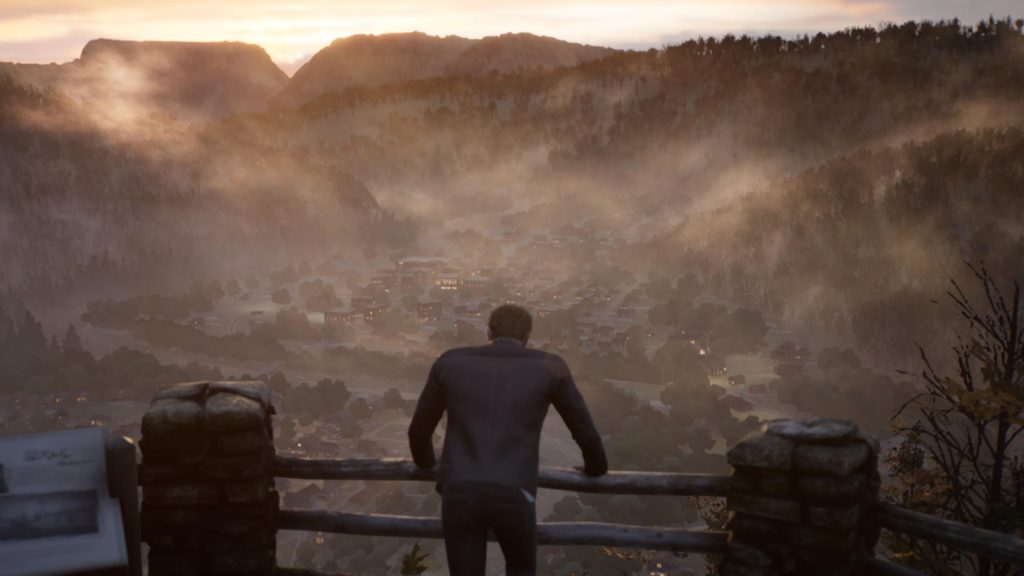 Sam Higgs, an investigative reporter from rural Basswood, West Virginia, drives slowly through a mountain road, making a short stop on the scenic overlook above his estranged hometown. This classic opening, reminiscent of Silent Hill 2 or Twin Peaks S1E01, serves to set the stage and explain his position concerning every other character he would come across. Two years ago, his investigation of the local mine, plagued by low safety standards, led to its closure and turned many Basswoodians jobless and angry. Faced with the backlash, he skipped the town and pretty much cut all the ties with his former life. Until now. 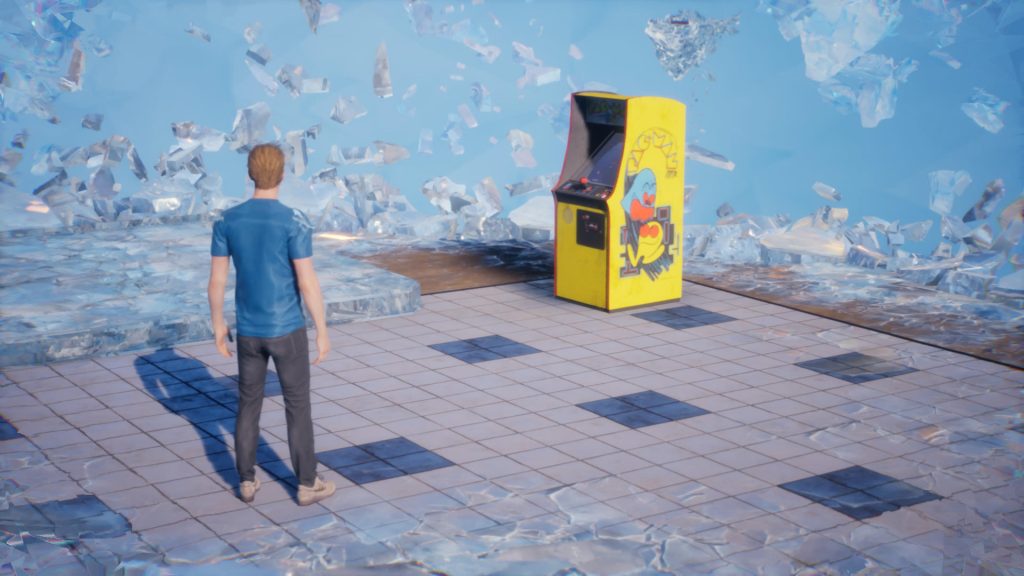 The death of someone loved in the entire community often has the power to bring everyone together, at least in a physical sense, for attending the funeral if a proper reconciliation is out of reach. His childhood friend and fellow reporter Nick perished in a violent car crash, prompting Sam to briefly return to Basswood to say one last goodbye. Apart from Nick’s teenage daughter, no one has any suspicions regarding the cause of the crash. Was it an accident, as everyone agrees, or is there a more sinister truth to it, as young Joan believes? Time to put that inquiring, driven mind to use, Mr. big shot reporter… 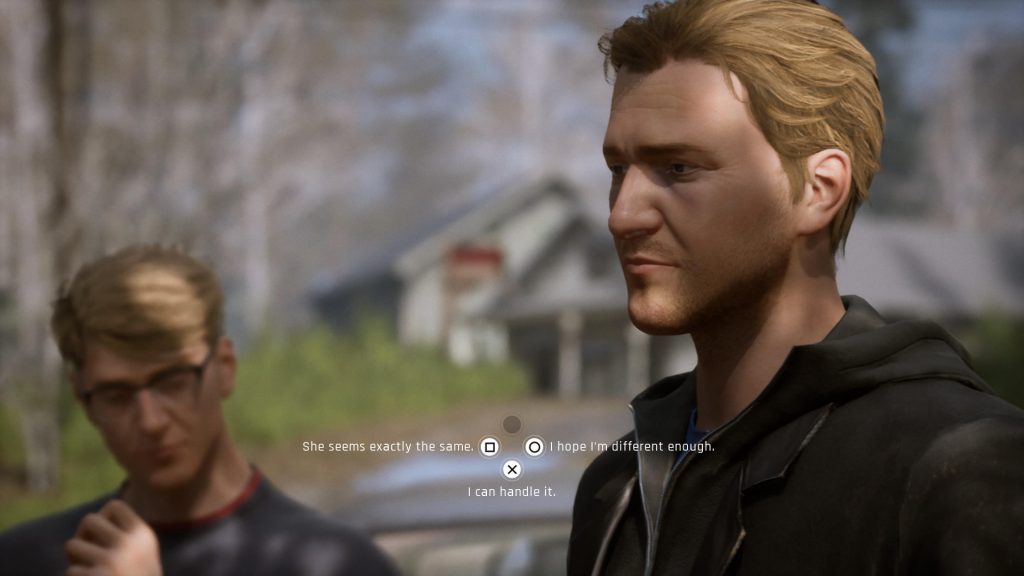 Sam Higgs is no ordinary journalist/sleuth – he has an uncanny ability to analyze the environment and connect clues any average person would consider irrelevant. He also has an imaginary twin, which represents a concealed sociable side of his personality, deemed cold and distant by pretty much everyone, including his ex-girlfriend Anna. Is he schizophrenic? Or autistic to a minor degree? The game stops short from answering those questions, except clearly stating that there is nothing supernatural about the answers. This is a narrative-driven detective game dressed in a psychological thriller attire – the only darkness in those woods is inside the people. There is no Black Lodge here, nor The King in Yellow is lurking around. Perhaps the only fantasy element in the story is a notion that a small-time journalist from a local daily paper can meaningfully shake up the world around him. 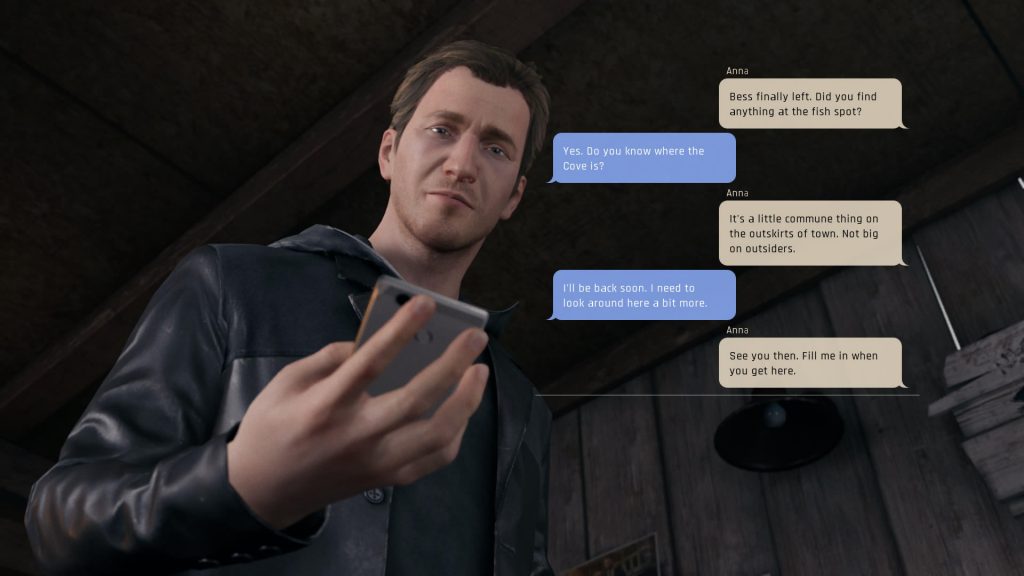 Most of the seven or so hours needed to complete the game are spent talking to people or pixel-hunting for clues. Through the dialogue and introspection, you will learn a lot about Basswood and its inhabitants, moving forward with the relatively predictable story without any notable twists. Local people and their stories aren’t even remotely interesting: they serve as a mirror for reflecting Sam’s character and justification for his resigned brooding and lamenting the days gone by. There is a lot of palpable depression and resigned hopelessness in this game, sentiments no one searches for in games during the winter lockdown of 2020. Considering the emotions Basswood is awakening in him, in the end, you could scarcely blame Sam for leaving this backward dystopia with no future. 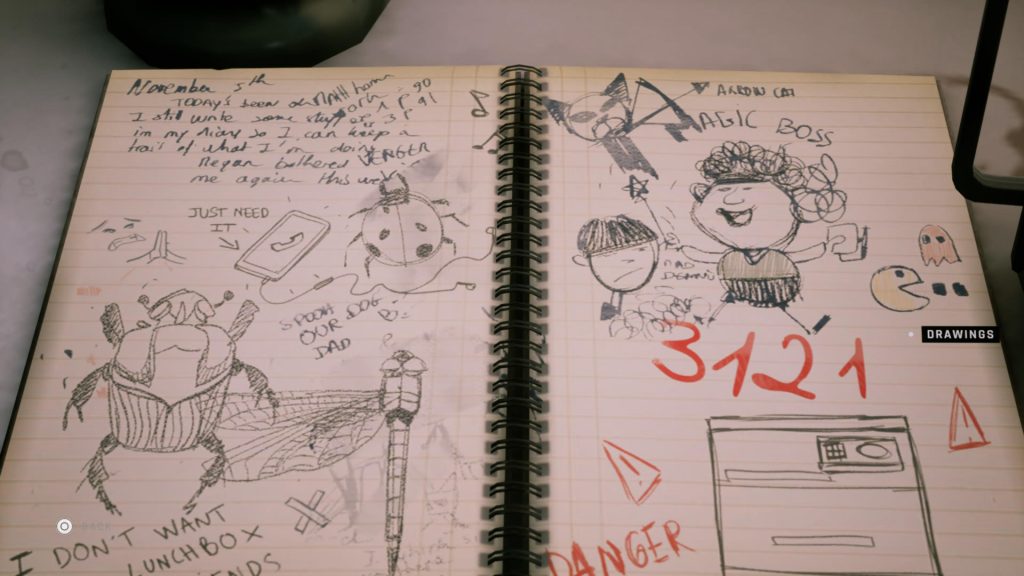 Analyzing the environment in several key areas in the game is probably the weakest part of the whole experience. You will scour the surroundings looking for interaction pop-ups that provide pieces of the puzzle in each scene. After you reach a certain threshold, you will form a hypothesis that you can test inside the “Mind Palace”, a visual representation of your cognitive abilities, which looks like a dreamlike landscape with shapes made of blurred glass. Picking the right options is not difficult if you paid the slightest attention to the narrative leading up to it. There is no real detective work here, as you’ll need only a bit of patience to explore all the possibilities and pick the one that makes sense. Sometimes you will be required to comb the scene one more time after the first round of clues produces the basis of a theory. More pixel hunting, more tedium. 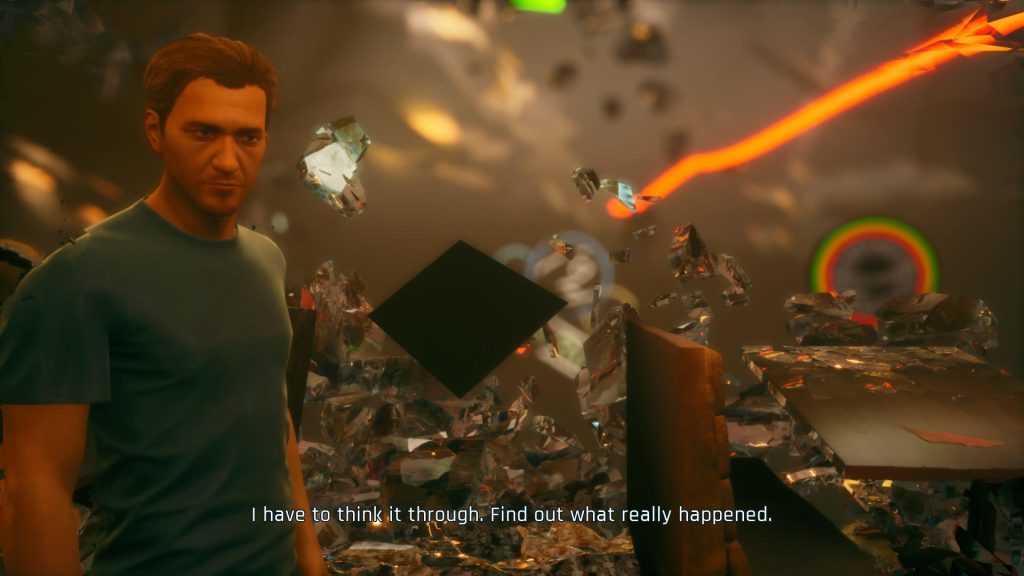 Sam’s internal dialogue with his inner twin (referred to as “Him”) is relatively interesting if you find the inner workings of a person with mental health issues worth exploring. However, this too helps to exacerbate the overall depressing bleakness of the whole experience. Simultaneously, it just doesn’t have the intensity or seriousness of great novels or movies that properly dealt with the split personality of a protagonist. This is no The Dark Half by Stephen King by any stretch of the imagination. Also, Twin Mirror is not Agatha Christie regarding the set-up leading to the unwrapping of the mystery. Everything moves at a predictable pace, so you’ll probably guess the ending before it materializes. 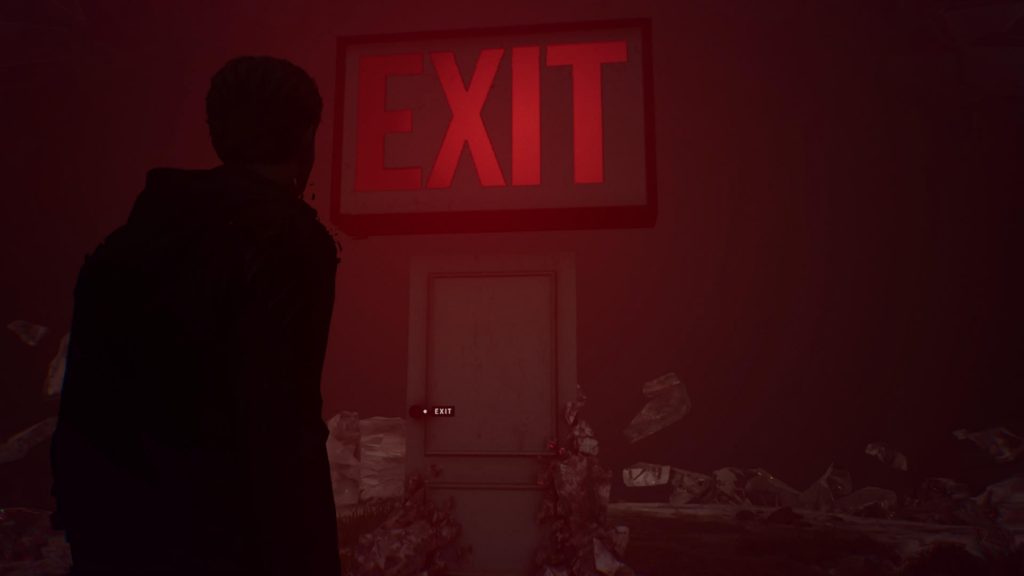 This mediocre murder mystery in Twin Bleaks, West Virginia, would be much more captivating if there was a persistent hint of supernatural forces at play, building up the heat only to hit the player with a sobering, down to earth explanation/conclusion in the end. Instead, the game never escapes the monotony of most mundane reasons of all negativity. If I wanted drugs and basic corruption as driving forces in a murder mystery, I would pick up a 1,99 USD paperback detective novel, not the 34,99 USD game. Getting Sam Spade for a tiny fraction of Sam Higgs’ price would be the most welcome bonus.