It is in our human nature to explore the unknown and to go beyond the boundaries of our comfort zone, just to see what is hiding behind the next corner. Fear is an inevitable part of that equation, and for most of the gamers, it is often embraced because of that “rush of blood” to the head and adrenaline-pumping moments.

The notion of horror has existed for as long as mankind itself. What started as a creepy tale was later translated to some written novel and then shown to us as a movie on a TV screen. Games became the next step in that evolution, because in them the person is actively participating in the events of some horror story. 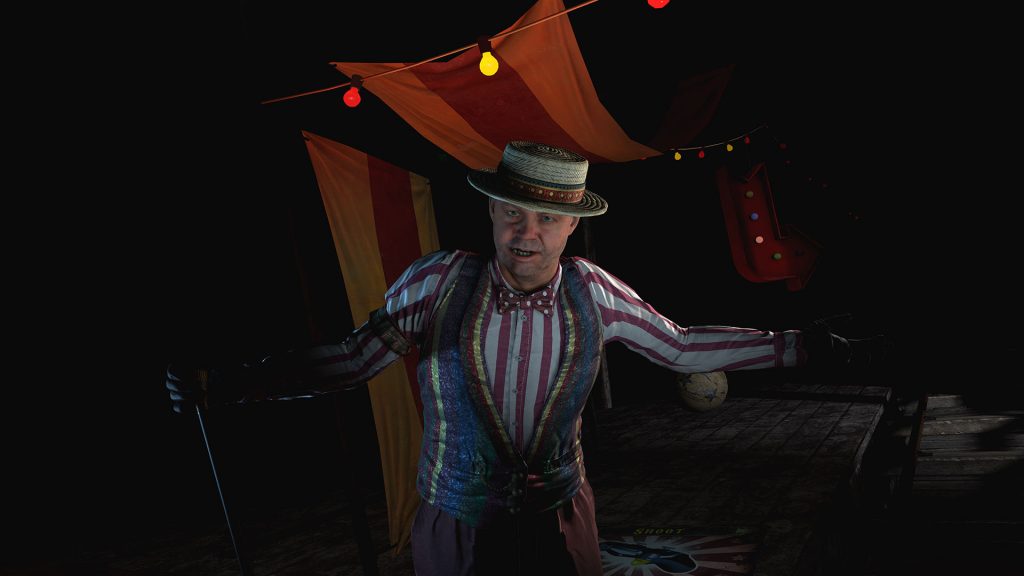 But, as standards grow, turning off the lights, putting on your headphones and opening the window to feel a chilly breeze on your skin may soon become a thing of the past. Welcome to the new era of horror games, where you can’t look away or cover your eyes. Where everything around you will stay there, even if you don’t want to. Now that is what is called immersion. 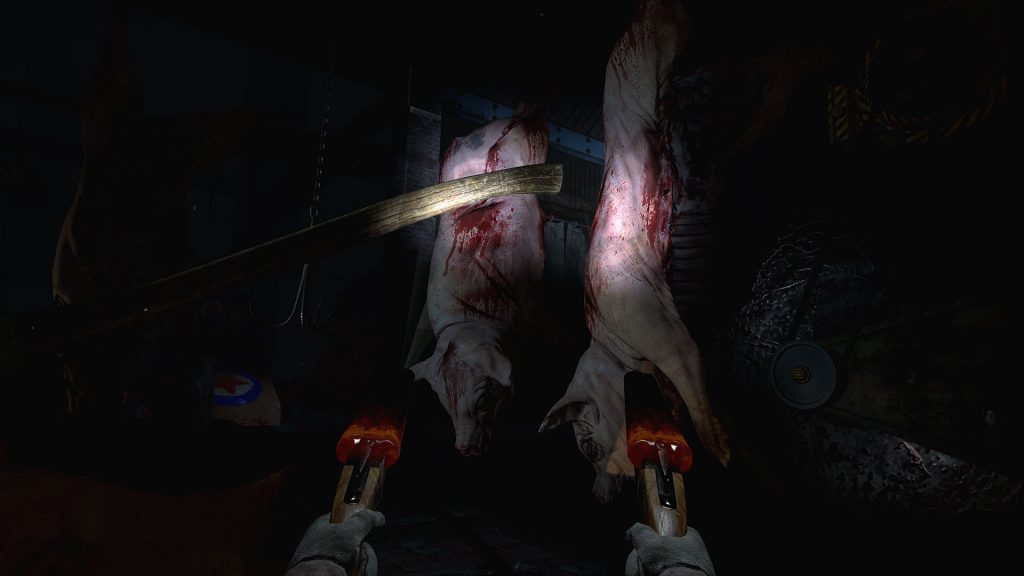 Simply put, Until Dawn: Rush of Blood is an on-the-rails horror shooter game, which leads the player through the levels without the possibility to control where he wants to go, and what he wants to explore. Everything around him is prepared for his coming, and the world is NOT your playground, but on the contrary – you are the one that is being toyed with.

The player will start the game in a rather peaceful atmosphere, riding on a slow roller-coaster, shooting some balloons, cardboard clowns and hunting rubber ducks with his toy guns. You will be accompanied by the ringmaster, who will also explain the game mechanics in the process and will be your narrator for the rest of the game. The ride takes a turn for the worse, as the cart is derailed into the other tracks, and the “descent into madness” can start. 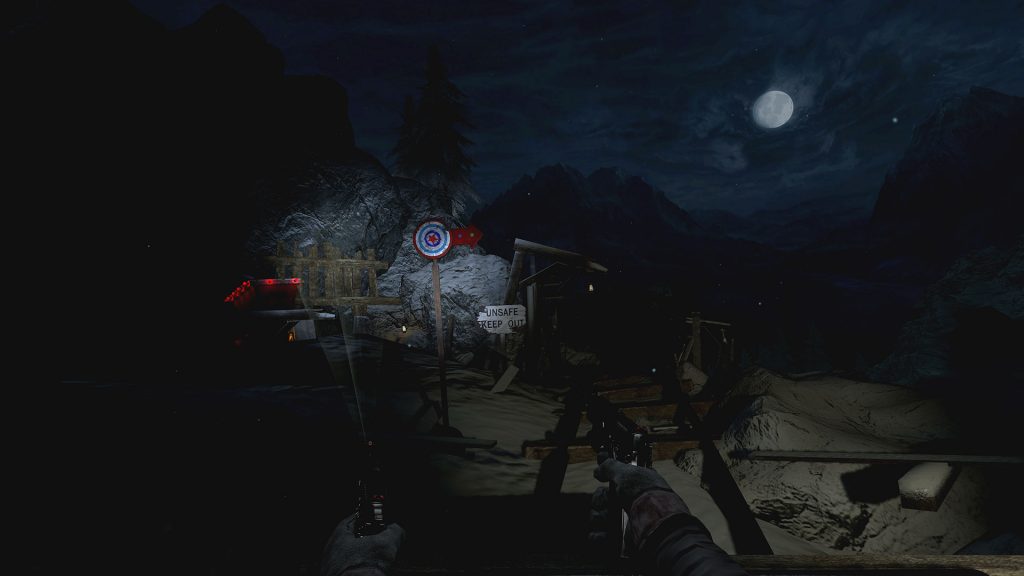 It is not much of a story, but for what it’s worth, it’s definitely more interesting to have at least something as the main narrative of the game. After all, this is a spin-off of Until Dawn, and it may very well represent the fall of one of the main protagonists in the original game.

The true horror reveals its face in the levels to come. The developers of the game, Supermassive Games, took us through a real wide selection of locations and horrific monsters that we encounter. We get the chance to experience haunted mines, a pig slaughterhouse, a psychiatric ward and couple of more go-to places when in a horror game. 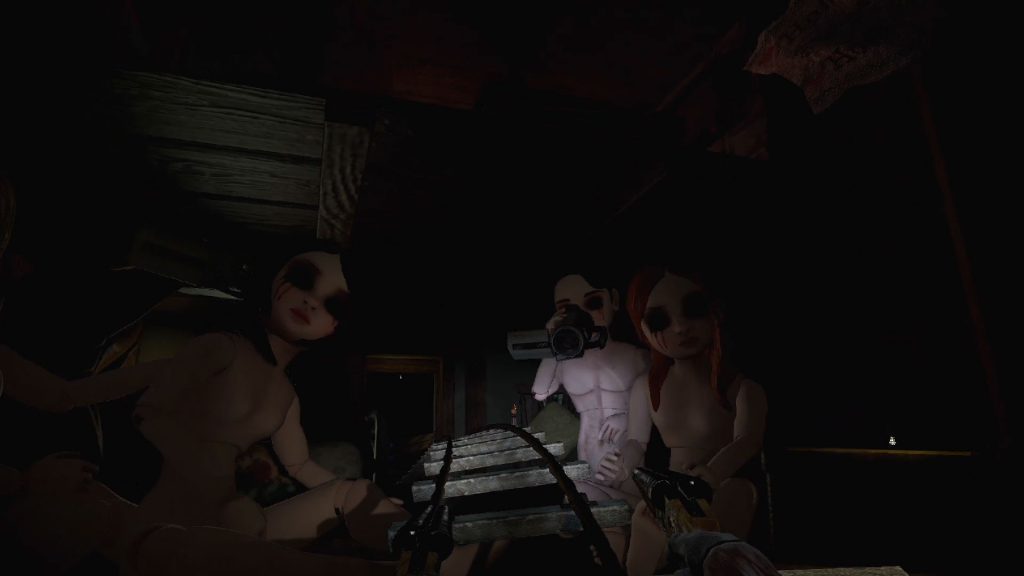 Unfortunately, there are only seven levels in the game, and each of them lasts for, give or take, 15 minutes. That makes the game a bit shorter than expected, and you can probably get to the ending credits in 2 to 3 hours, depending on your shooting skills.

Enemies vary from clowns and masked killers to spiders and wendigos (that also made an appearance in the original). Boss encounters were made to not look like just another shoot-em-up scene, as they try to keep the gameplay fresh and distinctive from the ride that you were just on. 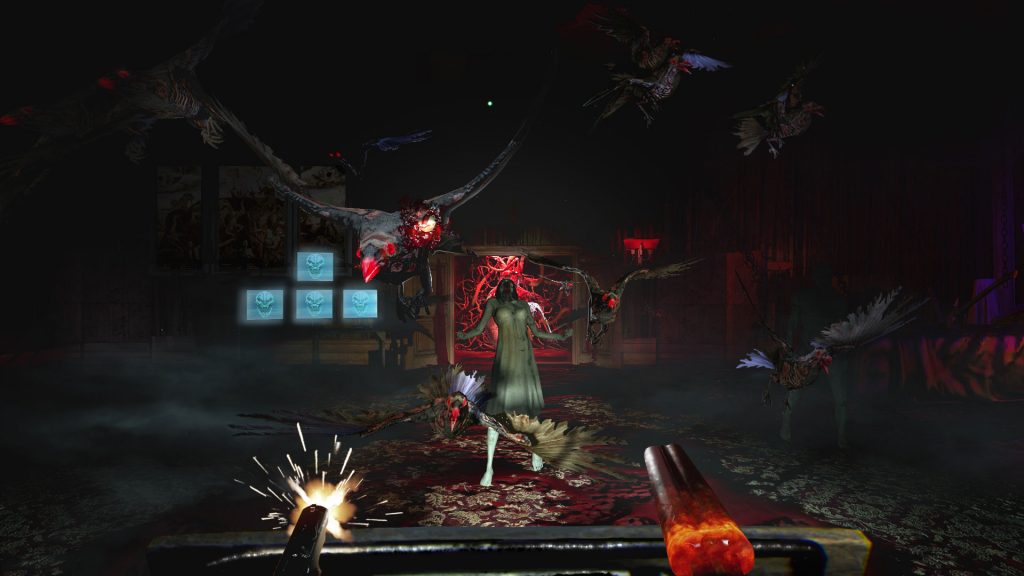 One thing that can break the immersion for the player are the filler targets that are colorful and stand out from the rather grimy environment. They are used for filling up the game content and boosting your score at the end of the level. A high score table exists and that may be one of the reasons to play the level or the whole game a couple more times. Also, keep an eye for secret collectibles, because every level has them and they will reward the player with bonus points and a short story sequence.

The horror experience in the game may vary from person to person, as fear itself is a subjective feeling, so it would be unfair to judge the overall terror. If you are playing on the VR set for the first time, well then, just the ride on the roller-coaster can be enough for you. If you have a fear of spiders or clowns, just as much. But if you are a horror veteran, that knows and is used to the tricks that game developers have used during these past few years or decades, you may find the game not that scary at all. 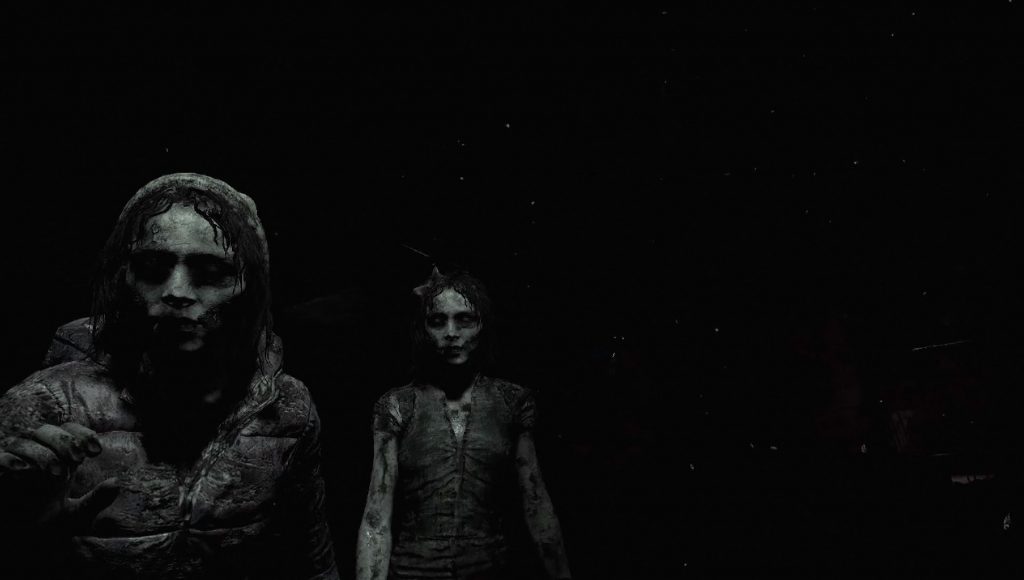 And yes, there are jump scares. The game does not exploit that possibility, but no one would pass on the opportunity to scare you with an in-your-face-monster that suddenly jumps in front of your cart while you are wearing a headset.

As for the technical parts, the limitations of this new hardware give the game a bit of a blurry look, alongside with some jagged edges. But other things make up for that loss, as the atmosphere of the game is spot-on and the sound quality is what takes the cake. In every moment of the game you will know exactly where the danger may come from just by listening to the sounds. 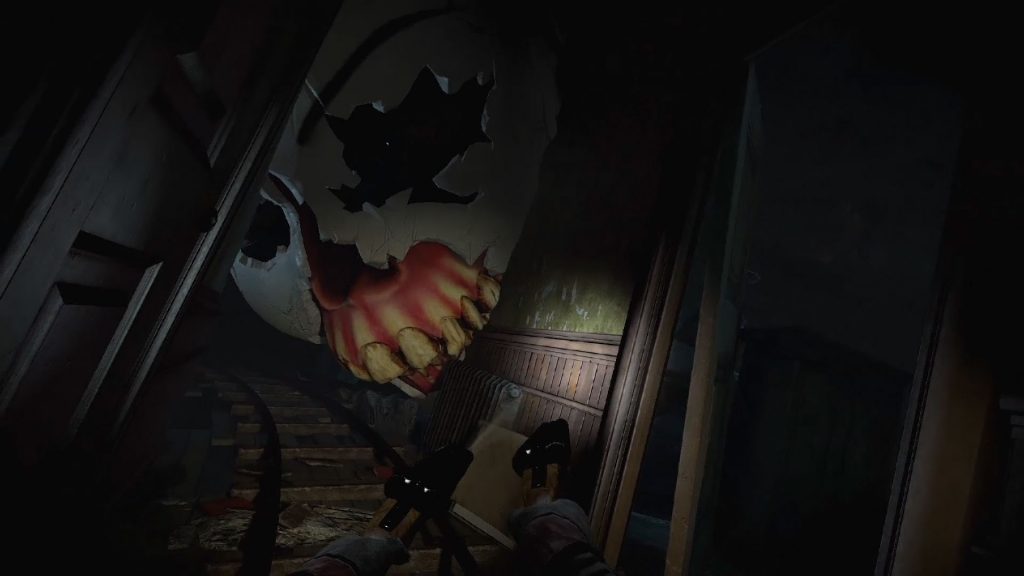 Overall, Until Dawn: Rush of Blood is a very nice but short experience. Whether you are trying this for the first time, or whether you are one of the people that have a lot of VR gaming experience, this game can definitely offer you a full package, as it is one of the best that has been released exclusively for VR.

Important info: The game is available only for PlayStation VR
8/10