The December issue of Game Informer is going to feature Mass Effect: Andromed on its cover. This means the upcoming space RPG will be the focus of the last issue of 2016, and we can expect some exclusive info about the game, as well as pretty pictures. 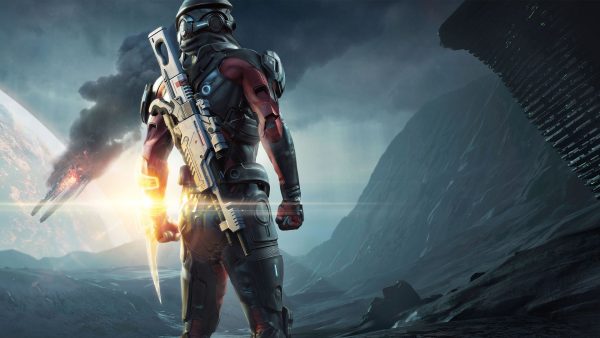 The glossy print mag (owned by the retail giant GameSpot) is going to feature the upcoming Mass Effect both inside and out, with a fancy image on the cover and more than a few pages of text. Don’t expect anything ground breaking, but there will surely be some new morsels to pick apart.

Seeing how little is known about the game at this point, the Game Informer coverage could contain anything. For example, we have no idea whether we’ll be confined to one planet, or if we’ll get to explore more, like we did in previous games. Since we’re tasked with establishing a colony, will that mean we’ll get a settlement building mini-game, like we had in Fallout 4? Will our potential party members include other colonists, or will we draw from the pool of locals? What alien races are we going to enounter there, anyway?

Is driving and planetary exploration be as dull as it was before, or will it serve an actual purpose this time around? Will we be able to use the Tempest spaceship as a meants of transportation? Are weapons going to function the same way they did before? How many romace options will we have? Will we be able to enegage in polyamorous relationships?

These are only some of the questions we’d love to see answered come December. If not, we’ll save them for spring 2017, which is when Mass Effect Andromeda is supposed to launch. It’s going to be released on Xbox One, Playstation 4 and PC.