Fantasy in the wild western frontier, as a pulp-cultural concept, has existed in some form since the late thirties. Numerous old comics, novels, TV series, and movies mix generic wild west mythos with supernatural motifs. Younger audiences might not remember classic flicks like The Valley of Gwangi (1969), but everyone is probably familiar with Wild Wild West (1999), one of the rare and spectacular commercial flops starring his slapping highness, Will Smith. Weird West is not a monolithic term – there are fantasy, horror, and science fiction western media out there. It goes even deeper than that. The Adventures of Brisco County, Jr. from the early nineties deserves honorable mention as a rare example of steampunk wild west.

What about games? They are aplenty too! Not to be confused with Hard West and Blood West, Weird West is another modern supernatural cowboy title. It’s more ambitious than the rest as it is conceived as a brainchild of ex-Arkane developers. The game radiates Dishonored vibes; it’s narratively sharp and intensely sinister, but the execution of solid ideas is not ideal. More of that later.

The Ballad of Buster Scruggs 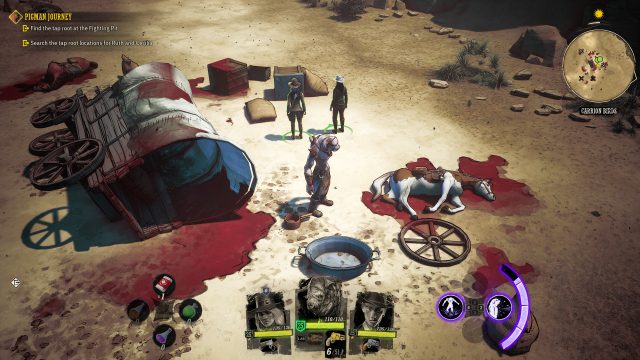 Weird West is an omnibus game, distinctively similar in form and style to The Ballad of Buster Scruggs, if you’ll permit me another movie analogy. It consists of five chapters/stories, each with a specific narrative setup and unique main protagonist. The heavy occult vibe is there from the start. You wake up hooded, blindfolded, tied to a chair, and surrounded by other hooded figures amid a ritual involving you. They brand your neck with a magic glyph, which transpositions your spirit in the first of five playable characters, Jane Bell, the ex-bounty hunter turned farmer. Before you can regret giving up a life of violence, an outlaw posse attacks your ranch, kills your kid, and abducts your husband.

Rescuing your spouse from a gang that kidnaps people on behalf of the cannibalistic cult of snake-like monsters masquerading as humans is mildly weird compared to the rest of the stuff awaiting you. In the second chapter, you’ll play as a Pigman, a mutant creature created by a witch as a punishment for past misdeeds. All chapters are interconnected in the sense of a shared world. Not only do people you killed as Jane stay dead in the Pigman’s story, but even the vendor inventories carry over. You can even recruit past brand carriers for your three-person team.

Something wicked this way comes 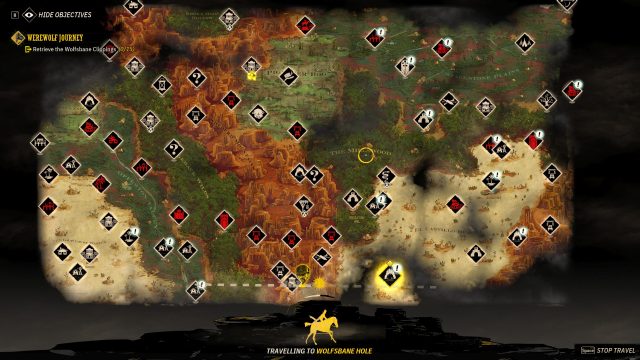 The role-playing aspect is quite similar to early Fallout games. The game world is relatively vast, with a fog of war obscuring most of the map at the beginning. Scattered around are towns, camps, mines, trapper settlements, hidden temples, and other points of interest that you’ll gradually uncover. Honest folk isn’t such a rare breed, but for every farmer, shopkeeper, or humble widow, there is a cultist, outlaw, cannibal, mutant, zombie, werewolf, or other wicked, otherworldly horror.

Although the narrative is sinister and solid, the quest system is vastly oversimplified. The main storyline is a dominant force, and the optional stuff primarily consists of bounty hunts and fetch quests with minimal variety. Another significant downside here is the banal, binary decision-making devoid of fundamental nuances. In the pivotal story moments, you are always presented with the absolutely good and unquestionably evil option, with no shades. Compared to five hundred shades of gray offered by the best Fallout quests, this feels cartoonishly limited. 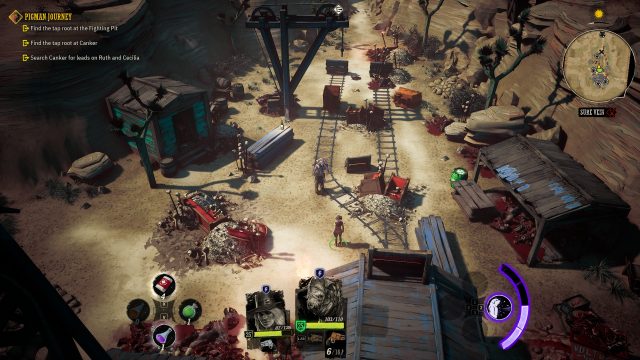 Weird West is an RPG that controls like a twin-stick shooter. Playing with the gamepad is much more difficult than it should be because aiming is somewhat unwieldy. The enemy is numerous, often fast-moving, combat zones are full of clutter that obscures shots, and bullets are severely limited. Ammo is expensive, and vendors have a limited supply, so fire discipline is a must here. There are plenty of weapons to loot in this game, but the variety is minimal. None of them have any sort of attractive unique ability, diversifying only by damage, clip size, and the rate of fire.

There are four weapon classes – revolvers, shotguns, rifles, and bows, and they are color-coded based on quality. You can upgrade every weapon using copper, silver, and gold ore found (mostly) in various mines. It pays off to grind that stuff in early chapters as you can transfer it to a new character(s) later when you recruit old protagonists with fat inventories. Besides ballistic weapons, there are various melee weapons and explosives. 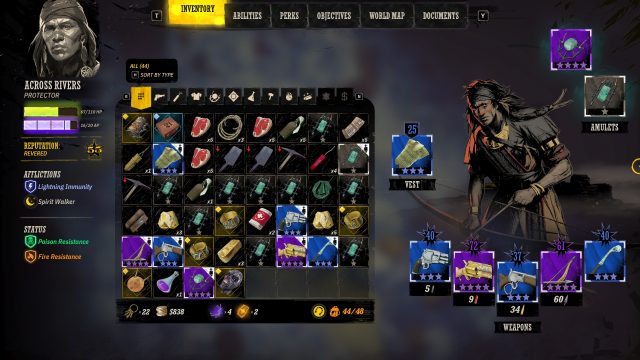 Another shared aspect between characters is Ace of Spades cards. They represent the method of beefing-up various passive bonuses such as reload speed, damage while using explosives, HP, etc. You can find those scattered around, easily spotted by golden shine they radiate. Ace of Spades upgrades persist between chapters, offering the meta progression that makes the game significantly easier.

Characters also have their separate talent trees. Four nodes offer unique special abilities, and the rest are weapon skills that are the same for everyone but need to be leveled up each time using specific relics. It all may sound confusing, but it’s actually simple. You are also getting deadlier and more resistant to damage by acquiring better weapons and armor. 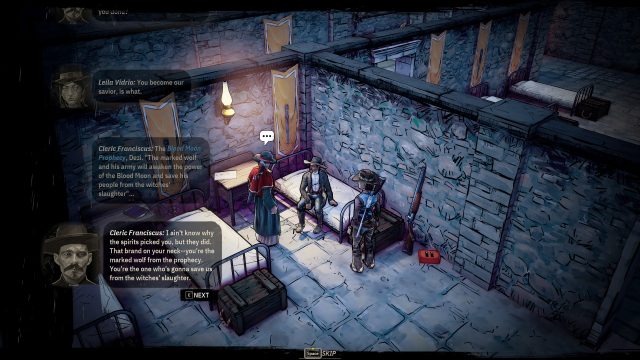 If you are deciding between the PC, Xbox, or PlayStation version of the game, I recommend the PC. Unwieldy gamepad controls are making the combat more difficult than it should be. On PC, using the ol’ mouse and keyboard combo, I had much more fun than wrestling with an Xbox controller. Speaking of which… Since its release, weird West has been available on Game Pass for Windows PC and Xbox, so the choice ain’t gonna be difficult.

Is Weird West weird enough? It is. Evaluating the game just by weirdness alone would put it on a solid place on the eternal pedestal. But the awkward combat, simplified quest structure, and over-simplified morality are not easily compensated by the unique atmosphere. Despite its numerous problems, I had a lot of quality time with the game. Mainly after I abandoned the playthrough on console and switched to PC.

NEXT POSTOverwatch 2 Beta All New Maps