2014’s Shadow of Mordor was a hit with both the critics and the fans and will be remembered for its innovative and rewarding Nemesis system, as well as some shady brand deal “tactics” upon release.

The highly-anticipated sequel still seems to be considered very hush-hush; however, the always reliable NeoGaf forum members have come upon a listing for Middle Earth: Shadow of War on Target’s international website. As it happens, the listing was quickly pulled, but not before a short description and box art were caught.

The protagonists of the original game, Talion and Celebrimbor seem to be taking on some seriously powerful foes, as the description claims that they will “confront the full power of the Dark Lord Sauron and his Ringwraiths in this epic new story of Middle-earth.”

A new Orc Tribe is announced, as well as “new enemies, followers, missions, abilities, weapons, Fortress and wilderness updates, and a Mythic Gear Set.” It would appear that story expansions have already been planned as well, and probably the most interesting line is the one about new “playable characters”, but we will leave the guessing up to the LotR fans out there.

Judging by the information we have, The “Gold Edition” will be packed with additional content: 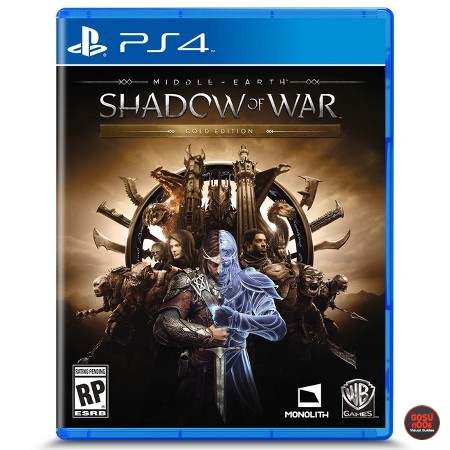 If the description is to be understood literally, there seems to be an option to “forge a new Ring of Power”, directly rivaling the one made by the grandfather of modern fantasy baddies, Sauron himself. It remains to be seen whether anyone or anything will have to be thrown into the fires of Mount Doom at the end of the game.

We will keep our eyes peeled regarding any new information on Middle Earth: Shadow of War.

PREVIOUS POSTChris Redfield in Not a Hero Resident Evil 7 DLC