Will Skull and Bones be free to play? How much will Skull and Bones cost? After years of troubled development, Ubisoft’s open-world pirate game is finally here. The game has players starting as lowlife outcasts and ranking up until they achieve the status of a legendary, notorious captain. The game has undoubtedly caught the interest of gamers, but one important question remains – what is the price of Skull and Bones? In this guide, you will find out if Skull & Bones is a free-to-play game, as well as other details regarding microtransactions, including the potential upfront price and microtransactions. 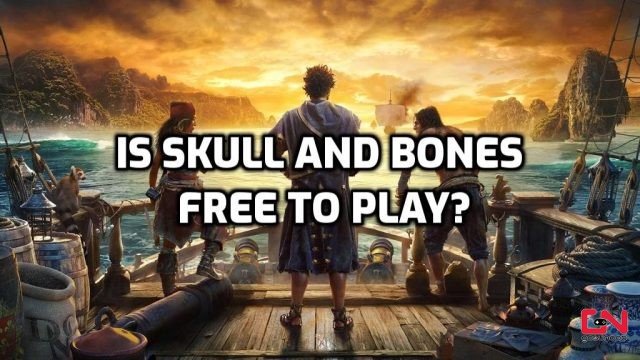 How much does Skull and Bones cost?

Will Skull and Bones be Free to Play?

Let’s not beat around the bush here and cut straight to the chase. No, unfortunately, Skull and Bones will not be a free-to-play game. Instead, it will have a premium upfront price of €59,99/$59.99 on PC and a whopping $69.99 on the PS5 and Xbox Series X/S. The new 70-dollar price tag for AAA console games on the current-gen consoles has unfortunately become standard. And Ubisoft was among the first publishers to adopt the adjusted pricing policy. Thus, that’s the reason why you will need to pay $70 for Skull & Bones on consoles.

It is unfortunate that a game focused on MMO online aspects has a premium price tag instead of being free to play. It is definitely a risky move, especially for a game which relies on having a decently big player base in order to be truly successful. Nowadays even free-to-play live service games are struggling to maintain player numbers, let alone games that require to be paid in advance. Putting an upfront cost may turn away a significant chunk of players who would otherwise at least try the game.

What about microtransactions and other monetization systems? Being a live-service game, Skull & Bones will feature a vast array of microtransactions. There will be an in-game shop where players will be able to purchase various cosmetic items for their characters, as well as for their vessels. While not confirmed, we expect the game to feature some kind of a battle pass system with a host of options for ship ornaments and character cosmetics.

Ubisoft has also confirmed that they are planning paid DLCs, which will expand gameplay mechanics, including unique crew mate natures, a more detailed recruitment mechanic, new parts of the world, new activities, and more. For now, that’s all we know about microtransactions in Skull and Bones. We will endeavour to update the article with new details as soon as they appear.