In an new blog update, the developers behind Star Wars: Battlefront talk about a new game mode called Supremacy. It’s all about the control points with this one. 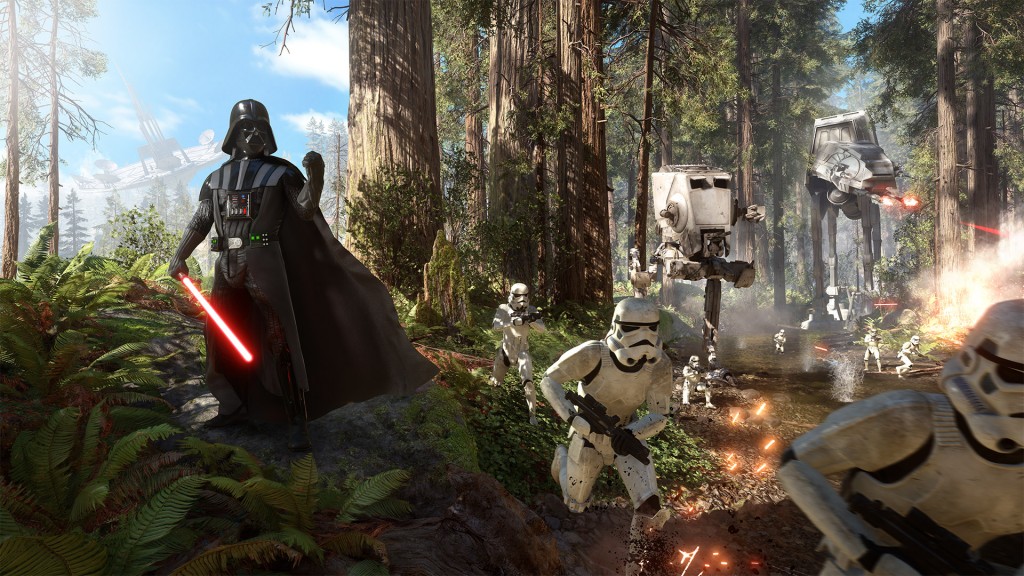 Supremacy will be played on the largest maps the game has to offer. The game will start with each team holding two control points, with the fifth one being up for grabs. Once the middle point is claimed, the team advances, trying to take over one of the enemy points. Spawn points will move along with the action, so you’ll never have to walk too far to get to the battle.

The matches will go on for ten minutes, and heroes will be present. According to the developers, Darth Vader is great for capturing points, since he can take a serious beating without flinching, while other heroes like Luke Skywalker and Bobba Fett are super fast, which makes them great at diversions and emergency response.

If you’ve played any of the Battlefield games, you’ll certainly notice the similarities between this and Battlefield’s Conquest mode. Star Wars: Battlefront is coming out on November 17th, on PC, Playstation and Xbox One.

NEXT POSTLego Dimensions Impressions from GamesCom 2015