Cal Got Your Tongue is an achievement in Star Wars Jedi Fallen Order. In order to unlock it, you’ll have to cut off an oggdo’s tongue. This may sound easy on paper, but we’ve spent hours trying to do it with no success. Turns out you have to have a special power that’s unlocked later on. This guide is going to show you how to cut off oggdo’s tongue in Star Wars Jedi Fallen Order, so you can get the trophy.

How to cut off oggdo tongue?

The common pitfall here is that the oggdo’s live on Bogano, which is the first planet. You might waste countless hours trying to unlock this achievement before you actually have the tools for it. You can’t do it without the Force Pull power, which is unlocked in the Tomb of Miktrull, on Zeffo. We also had the Grasping Pull ability (from the skill tree), but we’re not sure it’s mandatory. 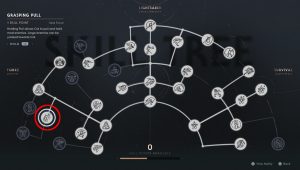 Once you have force pull, go back to Bogano and look up the herd in the Fractured Plains. Single one of them out, then wait for it to flail its tongue above its head. When it does, use force pull to grab the tongue and pull it towards you. Keep holding the tongue and use your attack. Cal will swing the lightsaber and slice off the tongue in one fell swoop. It’ll drop to the floor, and you’ll see the trophy pop-up shortly after. You don’t even have to kill the beast after you’ve done it.

It’s only a bronze trophy, but the fact that we encountered a bunch of oggdo before we had even a remote chance of earning it made us spend way too long on such a simple task.