Alternate Costumes are different outfits for characters in Street Fighter 5. These alternative skins will completely change the look of the fighters, but won’t affect their combat abilities. Sadly, only a few are available at the time, with more promised to come in the March update. This guide will show you all knownSFV alternate costumes and how to unlock them.

We also have a guide about How to unlock Costume Colors in SFV
We’ll update the guide with new skins as they appear, along with ways to obtain them.

Battle Costume Ryu: If you’ve preordered the game at Gamestop, you’ll receive this outfit.
Story Costume Ryu: You’ll have to buy this skin in the in-game store after beating the Story Mode with Ryu (available in March). 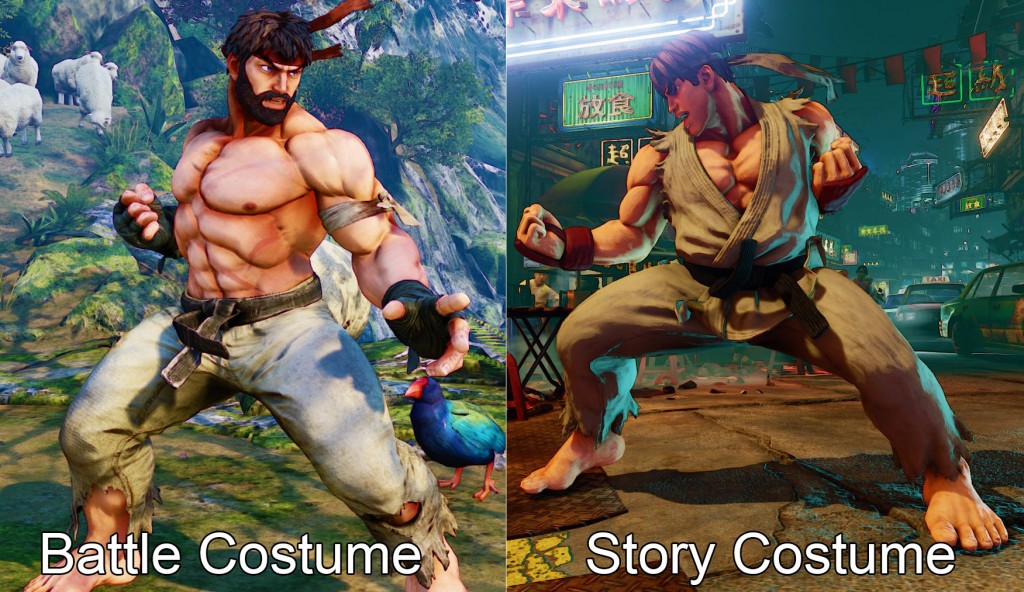 Story Mode Ken (coming in March): When you beat the Story Mode with Ken, you’ll get the ability to buy this costume from the store. 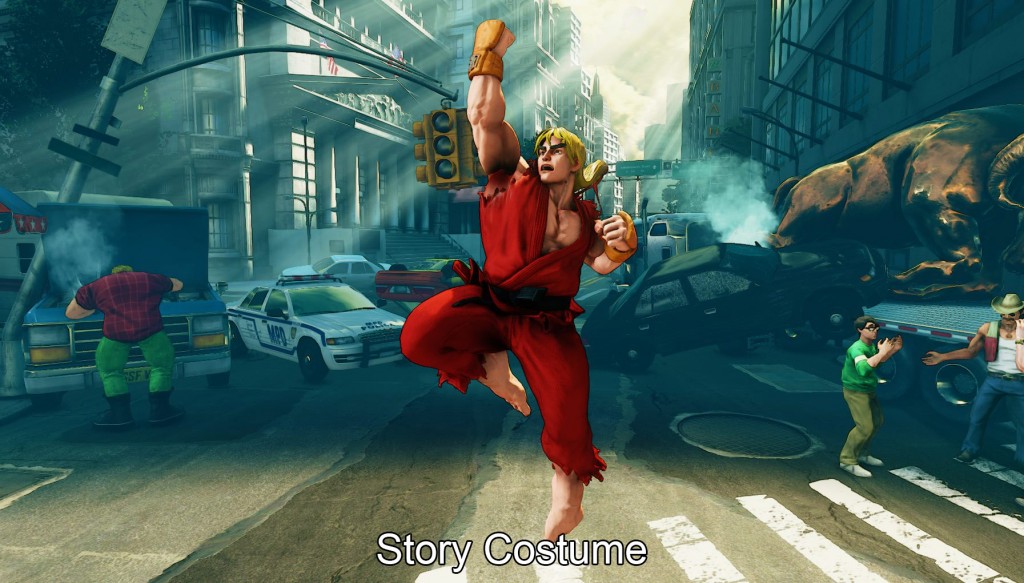 Battle Costume Chun-Li: This outfit is a preorder bonus for everyone who bought a digital copy of the game before release.
Story Mode Chun-Li (locked until March): After beating the Story Mode fights as Chun-Li, you’ll unlock this costume for purchase in the SFV shop. 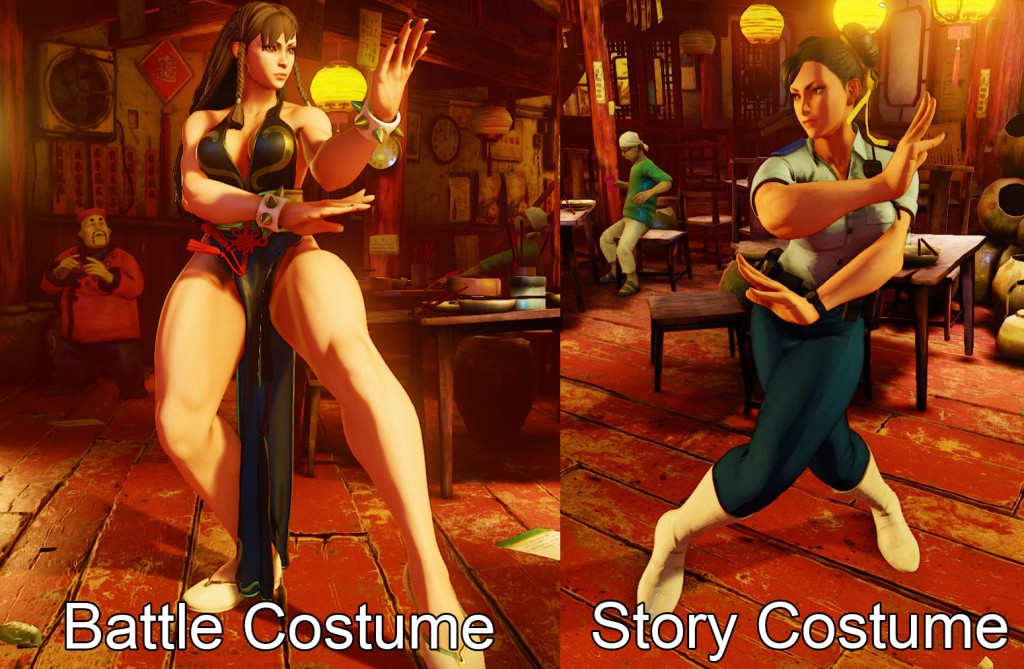 Story Mode Vega: When you finish the Story missions with Vega, you’ll get the opportunity to buy this outfit in the in-game shop. Sadly, the shop won’t be online until March. 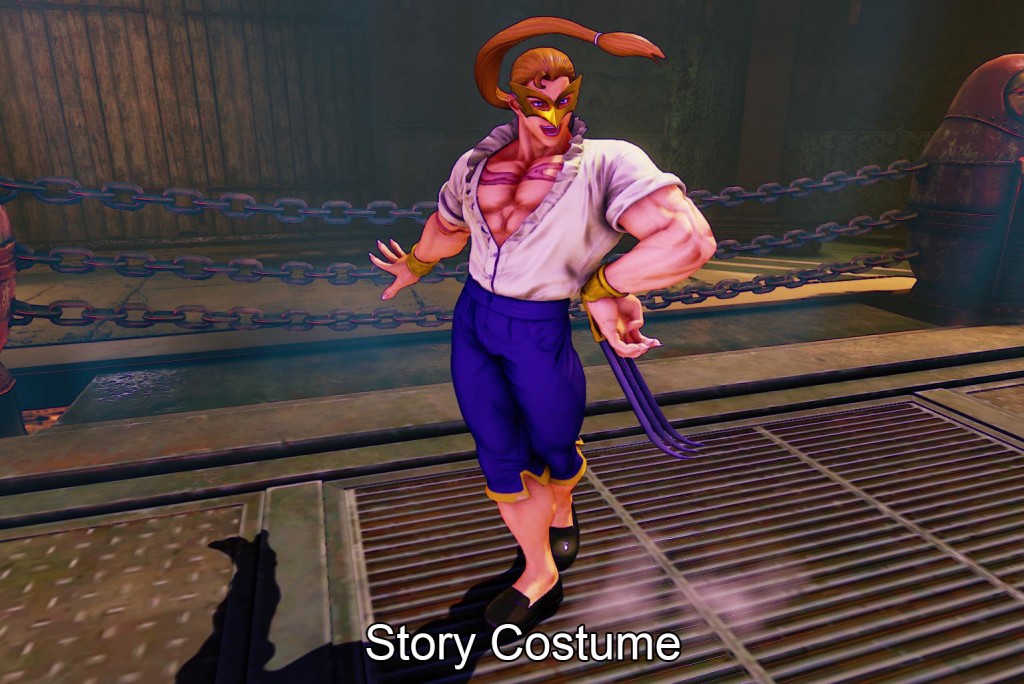 Zangief Story Outfit (available in March): After beating the short Story mode chain of fights, you’ll this skin will appear in the in-game store. 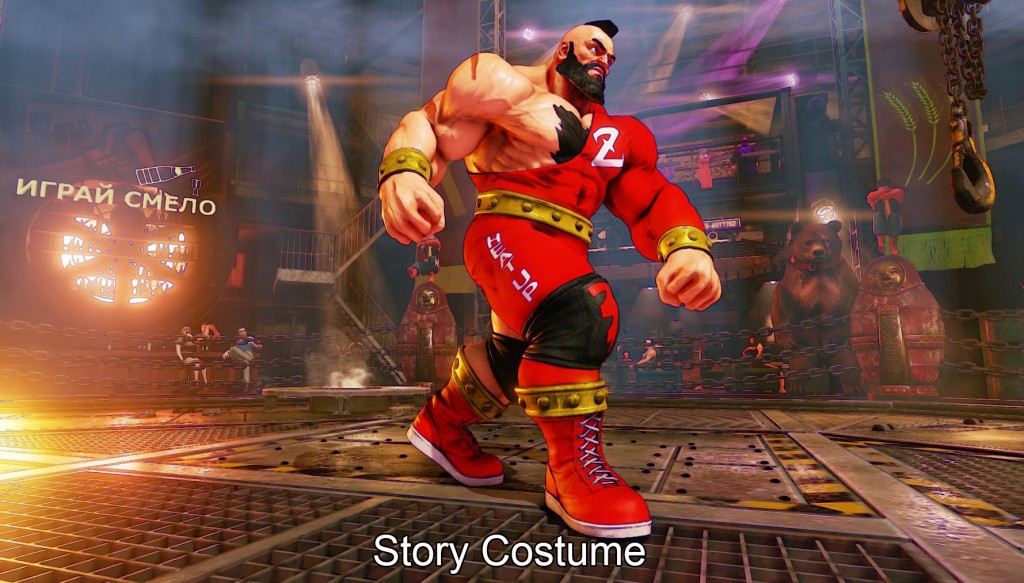 Battle Costume Cammy: This outfit is a bonus for all those who’ve preordered the game at Best Buy.
Cammy Story Outfit: The olden day Cammy suit will show up in the shop in March, but only after you beat the Story mode with her. 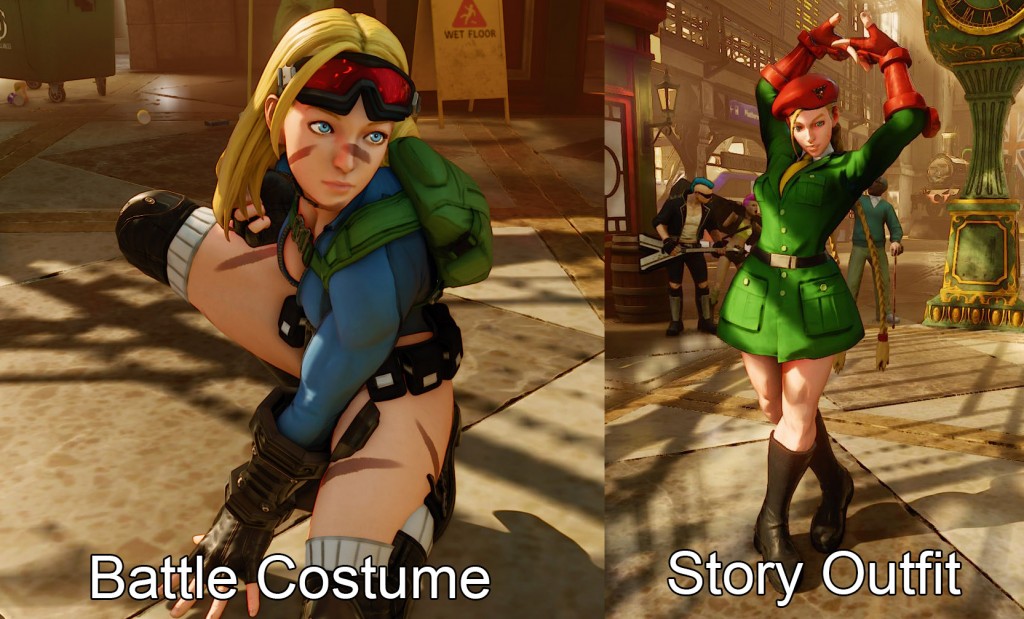 Story Mode Dhalsim: This alternative version of Dhalsim will become available in a month, when the store update goes live. You’ll have to go through the story mode as him, which will unlock the costume for purchase. 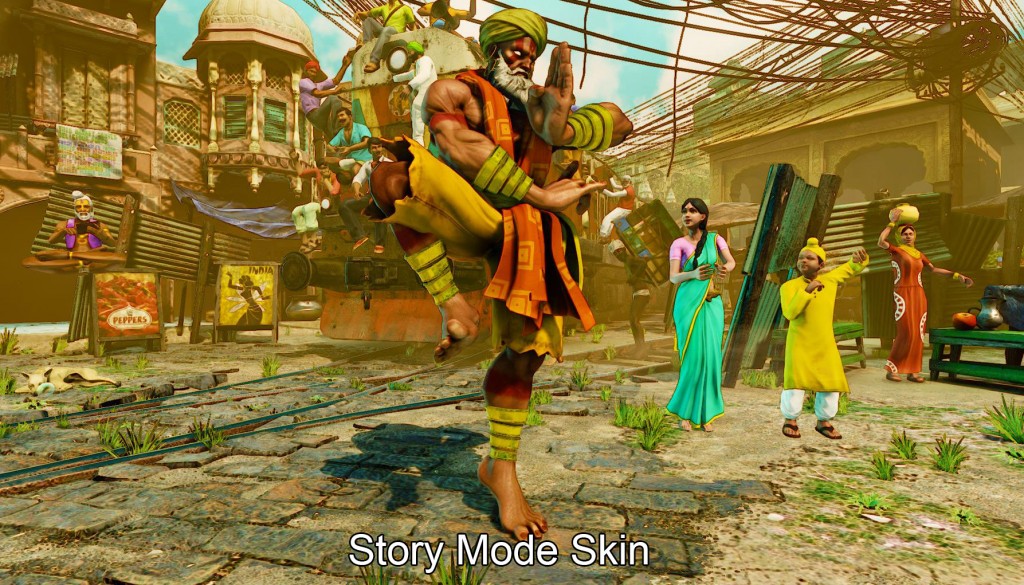 FANG Story Suit: F.A.N.G is one of the new characters, just added to the series. Finishing his story fights will give you insight into who he is, but will also allow you to buy this costume from the shop come March. 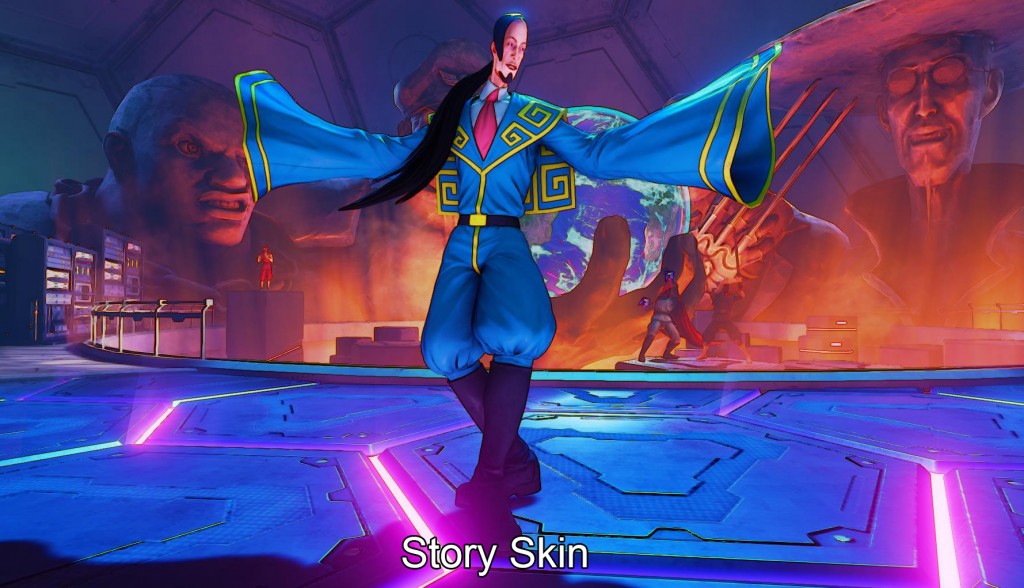 Battle Costume M. Bison: Preordering the game from Amazon would net you this unique skin.
Story Mode M. Bison: This one cannot be obtained at the moment. It will be available once the in-game shop goes live, but only after you’ve gone through the Story Mode with Bison. 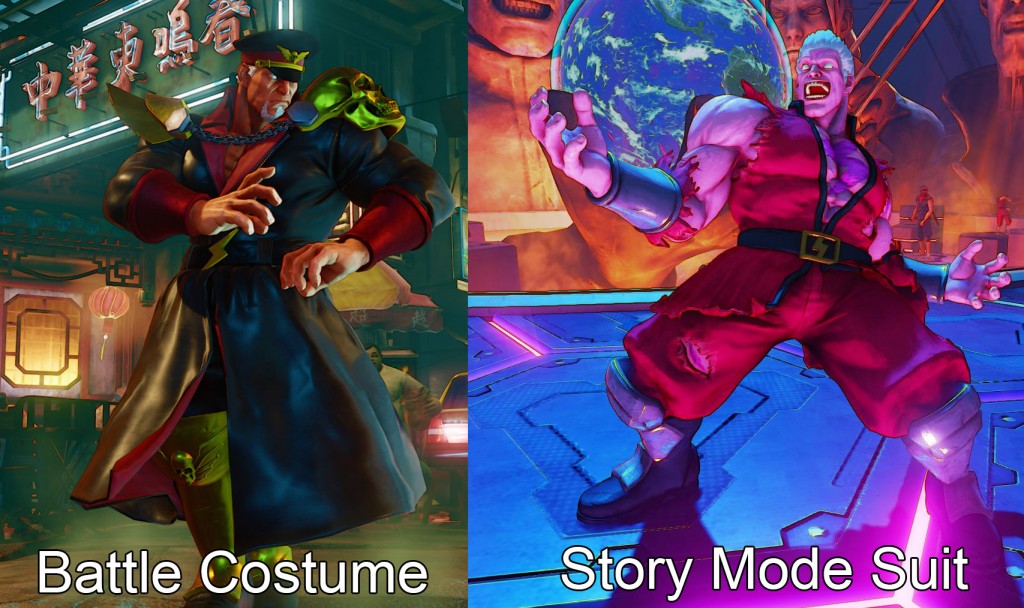 Nash Story Costume: As with the other characters, you’ll have to beat the story mode for this one to become available. After that, you’ll have to buy it from the in-game shop if you want to use it. The shop won’t be online until sometime in March. 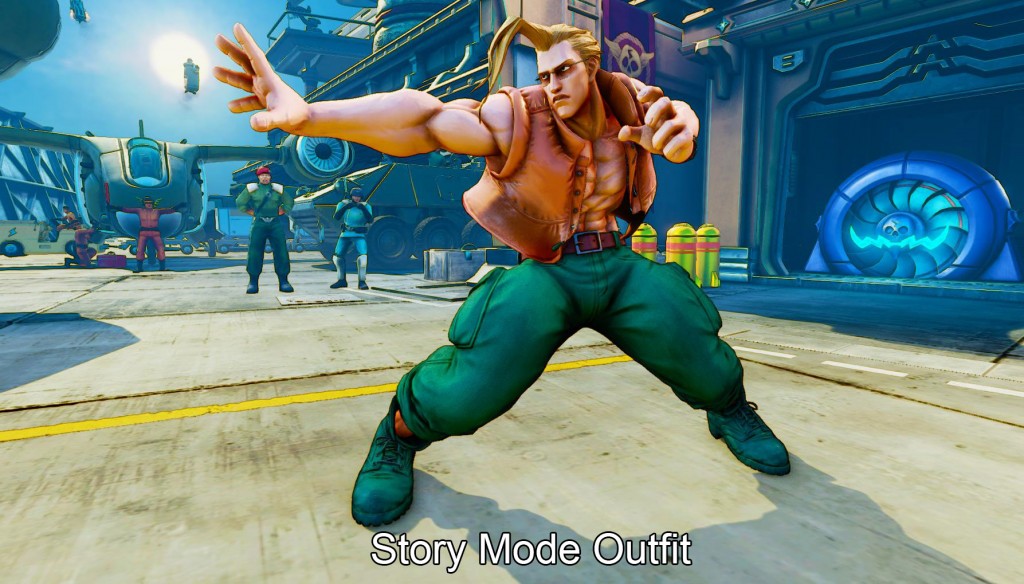 Story Mode Laura (coming in March): If you want the Brazilian jiu-jitsu fighter to use the outfit from the story mode, you’ll have to beat said mode with her first, then purchase the costume from the shop. 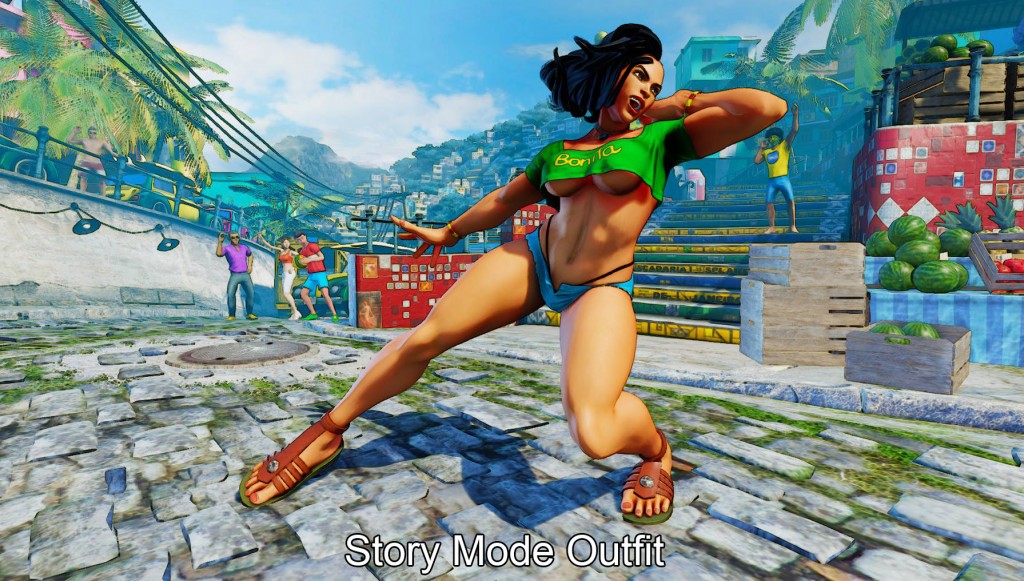 Karin Story Outfit: Getting this costume is an easy feat – first plow through the story fights with Karin. Then go to the store and buy the outfit using Fight Money (the store won’t be up for another month). 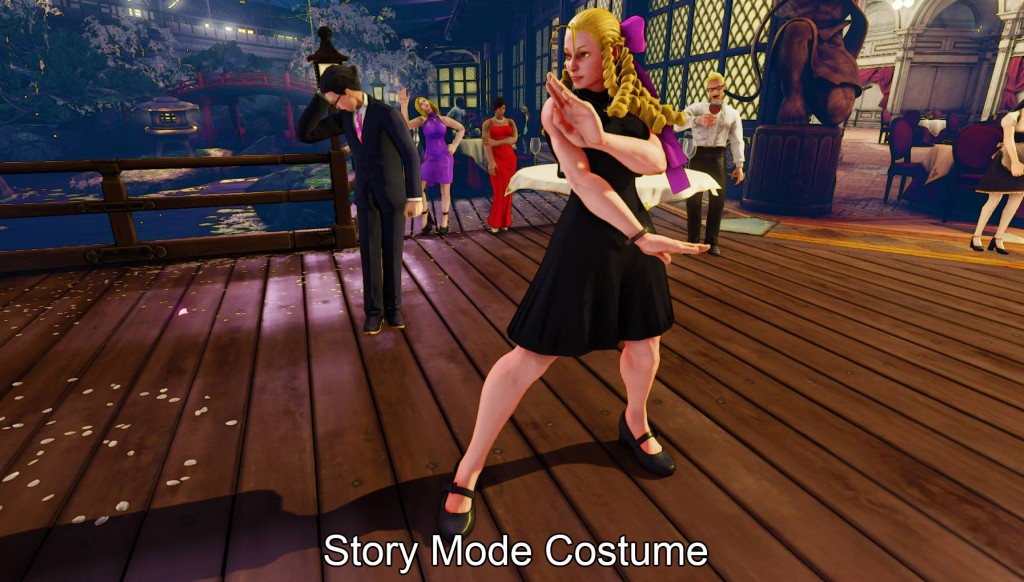 Story Mode Rashid: If you wish to use the outfit Rashid wears in the story missions, you’ll have to buy it in the shop (once it’s live, in March). It will be unavailable until you beat the story mission fights as Rashid. 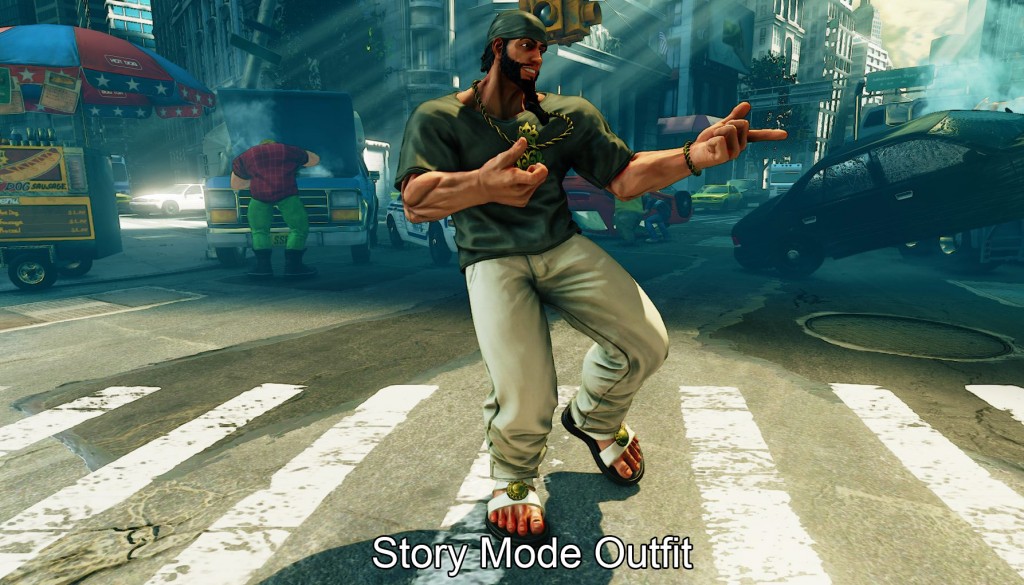 Rainbow Mika Story Outfit: Unlocking the story mode costume for the pro wrestler is done the same as with the others. First you’ll need to finish the story mode playing as her, then you’ll have to purchase it from the in-game shop. The shop isn’t in the game yet (it should be added in a month), so there’s no way of getting it at the moment. 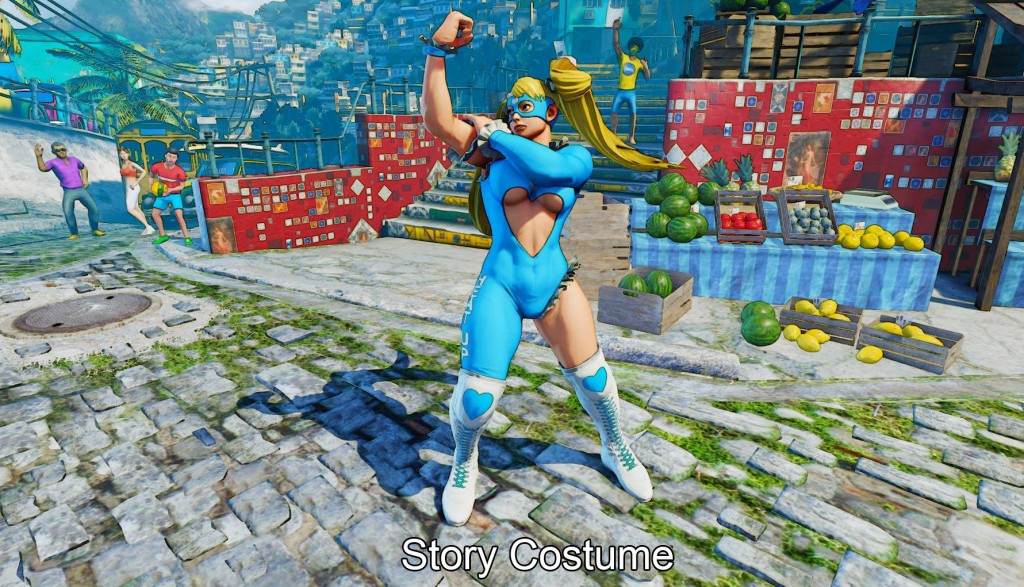 Necali Story Costume (coming soon): The soul-eating Aztec warrior is one of the new fighters in SFV. His story costume is unlocked by winning the story fights as him, then going to the shop and using Fight Money to purchase it. You’ll have to wait for the store to go live, though. Like the default outfit, this one has glowing hair when using the V skills. 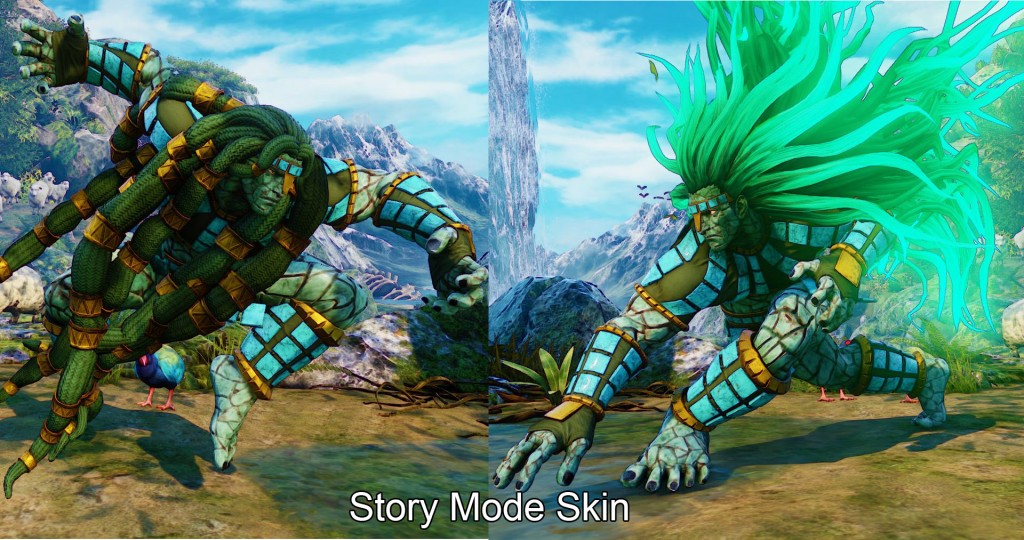 Story Mode Birdie: Getting the story outfit for the chain-wielding, moustache-donning brute is as easy as it gets. Just win the story mode as him, and the costume will appear in the store. You’ll need some in-game currency to buy it, but you’ll have to wait until March for the store to go live anyway, so you can save up. 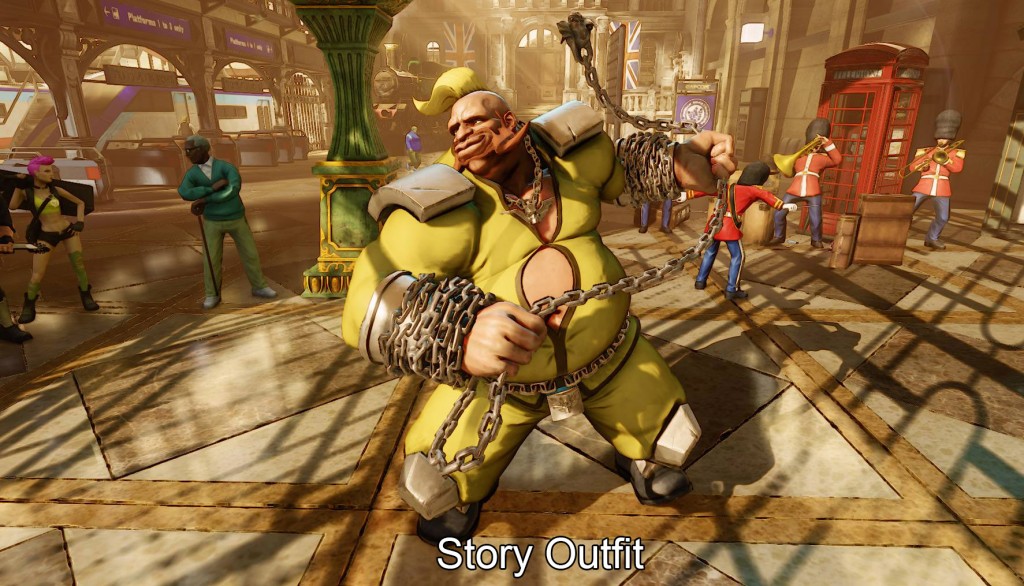