With the worldwide premier of the Evil Within 2, we also got a new trailer that leans mostly on the gameplay. We get to experience, just for a bit, what we’ll have to overcome if we intend to play this sequel. Although the first trailer revealed the core of the story, we find out more about its background and the setting in the video.

The game trailer is not that long, only 106 seconds, but it shows us the perils that Sebastian has found himself in. All the elements of a good horror game are in there: the scary monsters moving at unpredictable speeds, strange places, an creaky old house, and much more. The transition scenes are stunning and leave you thrilled.

The Evil Within 2 Story Summary

Set in Union, a crumbling city built using Lily’s mind as the Core, The Evil Within 2 presents a mix of closed off, claustrophobic environments that are reminiscent of the first game, and new, less linear areas that will give you the opportunity to explore at your own pace. You’ll be able to wander freely and poke through all the dark corners of the world at your leisure, but this is still a survival horror game, and ammo and resources will be scarce. You’ll need to prepare carefully and move cautiously as you discover the secrets of Union and unravel Mobius’ plans from within STEM. 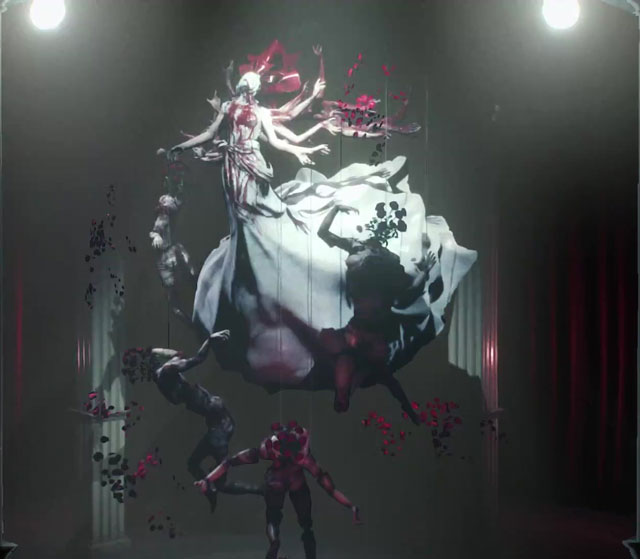 In another video, Pete Hines from Bethesda reveals that The Evil Within 2 starts not long after the events of the previous title. This is where we see Sebastian at rock-bottom. No one believes him that the events in the Asylum even happened, pushing him into alcoholism. The wake-up call he desperately needed comes from his old partner Juli “Kid” Kidman. She informs him that his daughter Lily, who he had lost years ago, is alive. Mobius (the group who created the STEM system in Krimson City) has her, and they are using her for their experiments. This is a redemption story, as Sebastian sets off on a journey to win back his life and family.

John Johanas from Tango Gameworks emphasized how important it is for them to let the players be a part of Sebastian’s evolution as a character. The drive and connection between him and his daughter makes the stakes higher than in the previous title. The resource management while trying to push forward is something that is key for the experience this game aims to deliver. Whether you decide to attack from the shadows with the crossbow, or shoot your way through, the scavenging will remain necessary.

The Evil Within 2 releases worldwide on Friday the 13th, October 2017, on PlayStation 4, Xbox One, and PC.

NEXT POSTDestiny 2 Veteran Rewards for Returning Players Discussed at E3