Tower of Fantasy is finally out. The long-awaited Science Fiction-based MMORPG is here and players are thrilled to be able to play the full version. Of course, now that the game is out, there are many questions that players are uncertain about. Things such as – is it possible to delete your character and change your character’s gender in the game? In this Tower of Fantasy Delete Character and Change Character Gender Explained guide, we are going to answer both of these questions. 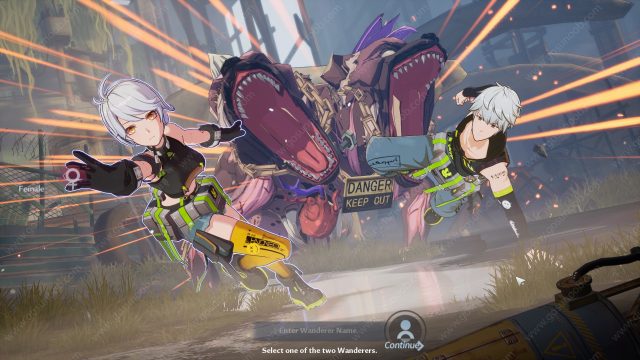 How to Delete Character in Tower of Fantasy

Currently, there isn’t a way to do this. At least, not in a standard way – so that you can delete a character and start over with a new one. If you want a new character, what you need to do here is to switch over to a new server. Doing this will allow you to make a new character there. Of course, the game is only just out and the way this works may change in the future.

How to Change Gender in Tower of Fantasy

As of right now, this option in Tower of Fantasy is bugged. While you can – technically – change your character’s gender in the game, nothing will happen. Let us explain. To do this, you first need to go to the Weapons tab, followed by Character. Here, above your character’s avatar picture, is their gender sign. Press it, and you will get the option to “Change sex”. But even when you select “Yes”, nothing will happen. Your character will still look the same, and they will still have the same voice as before. Obviously, this currently isn’t working as intended. The game has only been out for a short while, so this option is something that is practically guaranteed to be fixed sometime soon. In the meantime, we can’t recommend that you do this, as there isn’t any point in doing so.