Tower of Fantasy is one of the most anticipated MMORPGs in recent years. While it bares quite a few similarities to Genshing Impact, it likewise features a lot more differences. For example, one of the biggest changes to the GI formula is the inclusion of vehicles. GI (currently) only has one – the Waverider, which can only be used to traverse water – while ToF has several of these. One of the most prominent ToF vehicles is the Voyager. Using it, you will be able to get around the map much faster. Of course, you first need to obtain it. If you are wondering how to get the Voyager Mount in Tower of Fantasy, our guide is here to help you with this. 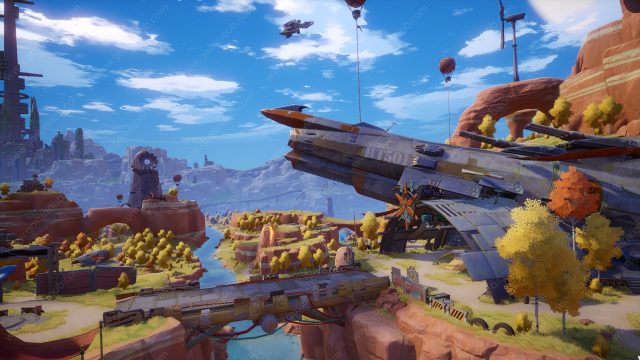 How to Get the Voyager Mount in Tower of Fantasy

To begin with, note that you won’t be able to get these mount vehicles right away. No, you will actually need to complete the majority of Chapter 1 first. The exact moment that you unlock mounts is when you’ve been tasked with paying a visit to Hykros. Soon after, you will automatically unlock the first vehicle in the game – the Falcon. This will also result in you unlocking the vehicles menu. The default button (on the PC) to access this menu is V. And now, let’s see how to get the Voyager.

The first thing you will have to do is to complete Hyena’s Banges base mission. At the top of the structure there, you can find a Hyena Member that is guarding one of the parts you need. Climb up there and offer this character some Sizzling Meat. In exchange for this, you get the Voyager Engine. Next, the Hull, which you can get from a supply pod near where you can find the SSR Colossus Arm relic. The Thruster is the third part and it can be obtained in the form of a drop from Four Powers a ways northwest from Navia. Finally, the Pilot Seat. It is inside a locked bunker at the Seaforth Dock. The code to get inside is 3594. With all four parts in your possession, you can now assemble the Voyager Tower.

PREVIOUS POSTHow to Change Language in Tower of Fantasy

NEXT POSTBlack Nucleus Tower of Fantasy