Now that the highly-anticipated MMORPG Tower of Fantasy is out, it has already attracted a huge number of players to it. Players are more than happy to explore the vast open world, interact with the game’s characters, and solve its many quests. But, as is the case with every newly-released title, some things in the game are not explained all that well. Due to this, players may be confused over what they actually need to do in order to change something in the game itself. Take, as an example, the option to change the language in ToF. If you do not know where and how to change the language in Tower of Fantasy, we are here to help you do this. 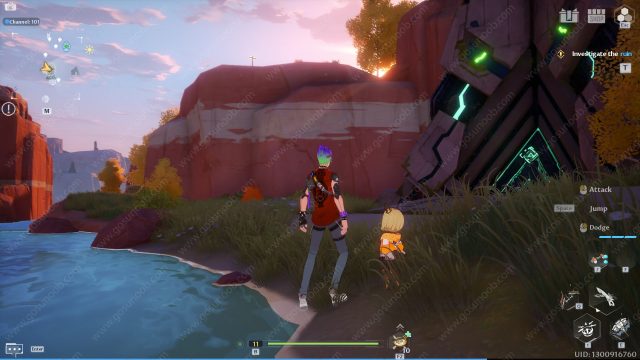 How to Change Text Language and Voiceover in Tower of Fantasy

To be able to change the text language, you first need to go into the Settings menu. There, you will see several tabs. At the bottom of the tab list, there is the Language tab. Go there. In this tab, there are two language options. The first option here controls the text language in the game. You can select the following languages: English, Japanese, German, French, Indonesian, Spanish, Portuguese, and Thai. Selecting any of these will change both the User Interface and the subtitles in the game.

To the right of it, there is the Game voiceover language option. Currently, there are only two implemented voiceover languages in the game: English and Japanese. Note that you can have the game’s text language be in, for example, French, while having all the voices in English. And that’s all you need to know about how to change the text and voiceover language in Tower of Fantasy. If you have any other ToF-related questions or problems, we recommend that you visit our Tower of Fantasy archive to see if we have already covered this issue.

NEXT POSTHow to Get Voyager Tower of Fantasy Mount