There is a bounty you get from the message boards on your ship or in harbors that requires you to kill multiple Spartan, Athenean, Merchant or Pirate ships anywhere in the game. Unless you’ve spent half your time sailing you might have trouble finding each type of ship. Even if you can distinguish between them you may still be looking where to find lots of ships of each faction or type. We’re here to help you finish the ship killing bounty in Assassin’s Creed Odyssey by providing ship locations and ways to recognize each type.

Where are Spartan Ships in AC Odyssey? 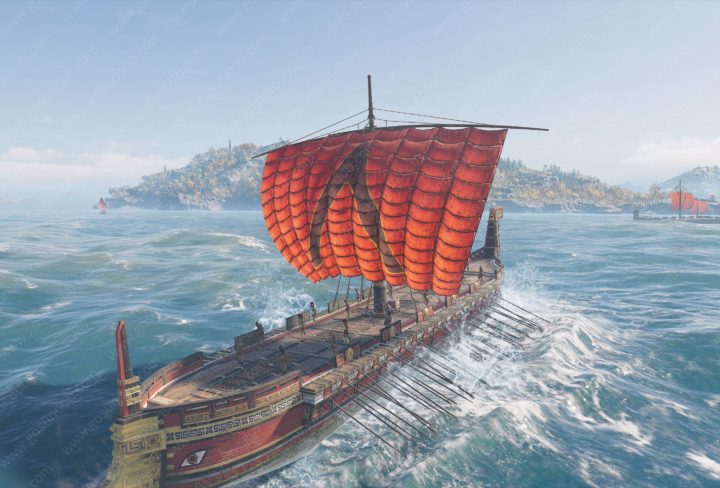 Spartan ships mostly show up close to shores of the regions their armies control. These can be recognized by red sails with a Lambda sign on their sails. (triangular shape seen on their sails). Early in the game you won’t see many of them. It is not before you complete the main story in the region of Megaris, and therefore make the region controlled by the Spartans, that you will see Spartan ships in the starter area sea. If you want to find Spartan ships before you finished the main story in Megaris you will have to go to the western shores of Greece. Best area for low level players to find Spartan ships is around the regions of Lokris and Malis in northern Greece. They are around level 12. If you conquered Megaris then spartan ships bellow level 10 can be spotted in the sea around the starting area. 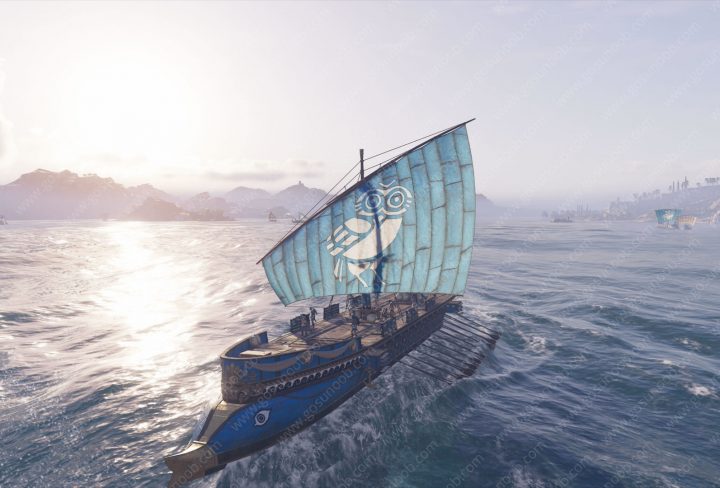 Athenian ships are recognized by having blue as sky colored sails with golden Owl of Athena marks on them. They are initially plentiful in the waters between Kephalonia, Phokis and Megaris. This is all true until you complete the main story in Megaris and expel the Atheneans from the region. Afterwards, that sea will be full of Spartan ships. You will have to look for another region controlled by Athenian forces. Natural location to search for Athenean ships is the western shores of Attika region. This is where Athens is located so that should be their primary spot.

Which ships are Merchant Ships and where to find them in AC Oddysey? 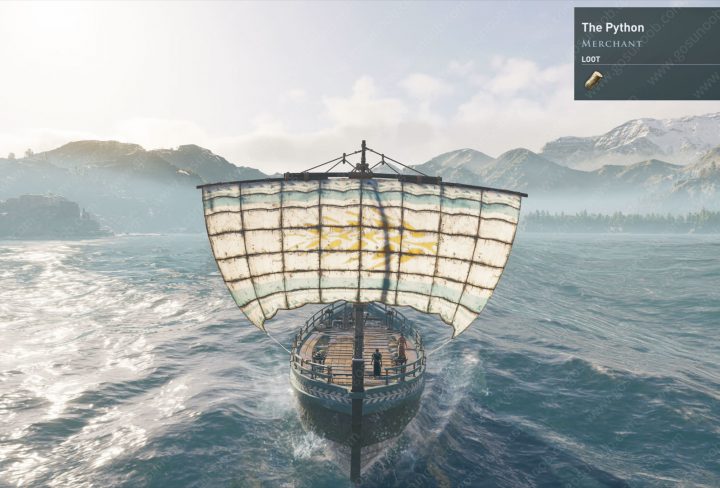 Merchant ships in Assassin’s Creed Odyssey are recognized because they have white sails. If you are not sure if a ship is a merchant ship you should call Ikaros and using its scanning ability look at the ship. This should bring out the details which should say something like Merchant trireme. These ships can be in any sea in the game. They randomly roam the seas and should not be hard to locate. Downside is that attacking them will probably raise a bounty against you very quickly. Luckily, once you complete the bounty mission you are on, you will have enough money to pay off the bounty hunters that are after you and still have a good profit.

How to recognize Pirate ships in Odyssey? 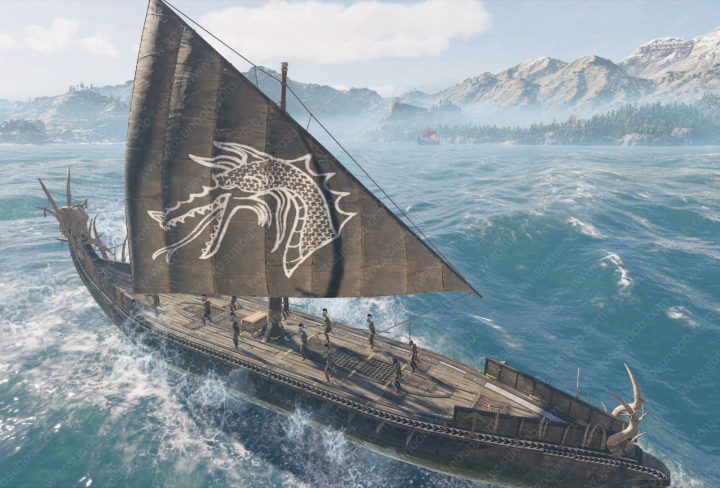 Pirate ships are easily recognizable because of their black sails. They are also ships that will attack you as soon as you get close to them. Attack happens even if you did not provoke them. They are the scourge of the seas and should be dealt with anytime you come across them. Pirate ships are most commonly found around a group of islands called Pirate Islands west of the Attika region. These islands consist of Keos and Seriphos. Watch out tho, because you need to be around level 15-20 to be able to face them here. Luckily, they are easily found at all levels and at all locations in the game world. If it’s shooting at you and you didn’t shoot it first, and it has black sails – it’s a pirate.

You will recognize different types of ships in the game by their sail color and the markings they have on their sails. Alternative method is to bring Ikaros out and have him scan the ship. This should show the ship type and what faction the ship belongs to. Pirate and Merchant ships show up pretty much anywhere in the world. Athenian and Spartan ships show up near the regions that are currently under control of that particular faction. Since, over the course of the game, you will be instrumental in changing the ownership of a region from one faction to the other, this will also change the types of ships that show up near that region’s shores. The game’s map keeps track of each region’s loyalty, so you should be able to deduce which ships will be near it. I hope these tips help and that you won’t have any trouble finishing the daily bounty quests that require you to destroy particular ship types in Assassin’s Creed Odyssey.