Equal Justice – is a brand new Murder Mystery available with the Dead Kings free DLC. It starts in the northern part of Francaide, Cemetery district, and shows up on your map once you complete Sequence 13 Memory 3 – “A Shadow From the Past“. Before you solve the murder mystery and claim the maximum prizes – 2,500 Livres and One-handed weapon “The Drumstick” you have to visit four locations.

The first clue is the body that starts the Murder Mystery. Other clues are scattered around the body. 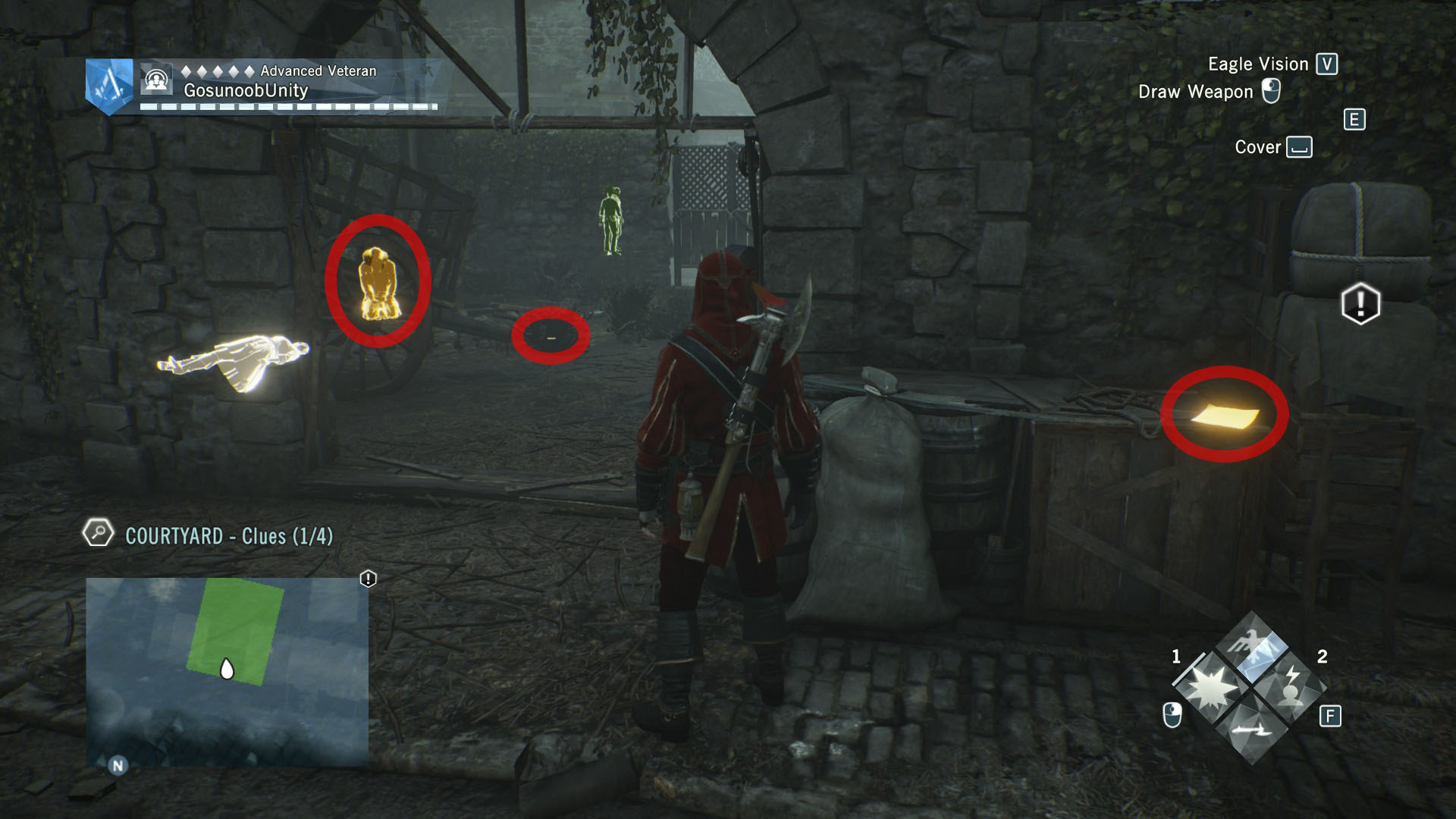 Head south from the starting location and you will find Tavern. Climb onto the second floor of the tavern and collect two clues.

Once you collect clues from the Tavern new location Destroyed House appears on the map, just north of the Tavern. There are only two clues, in backyard of the house. After collecting The murder weapon clue the killer becomes obvious.

Your next location is a market place, just east of Destroyed House and the Tavern. This should be your last location to visit.

If you paid attention while collecting the clue DESTROYED HOUSE – The murder weapon, it gives you a hint who the murderer might be. It is the The young musician found at the Market. Once you accuse him he becomes hostile and you should defeat him. After completing the Murder Mystery you’ll also receive the Female Soldiers database entry. It tells a rather nice story about the women rights in the Revolution.