Raising the Dead is a main story mission that you can play as part of the Dead Kings DLC, which is a free content addon for Assassin’s Creed Unity. It is labeled as Memory 13, Sequence 4, in the game and it can be started after you complete the first Suger’s Legacies. You will go back to the catacombs and you’ll have to solve three puzzles in order to progress further in the story. This guide will try and help you solve those puzzles without many spoilers so you can experience the story on your own. 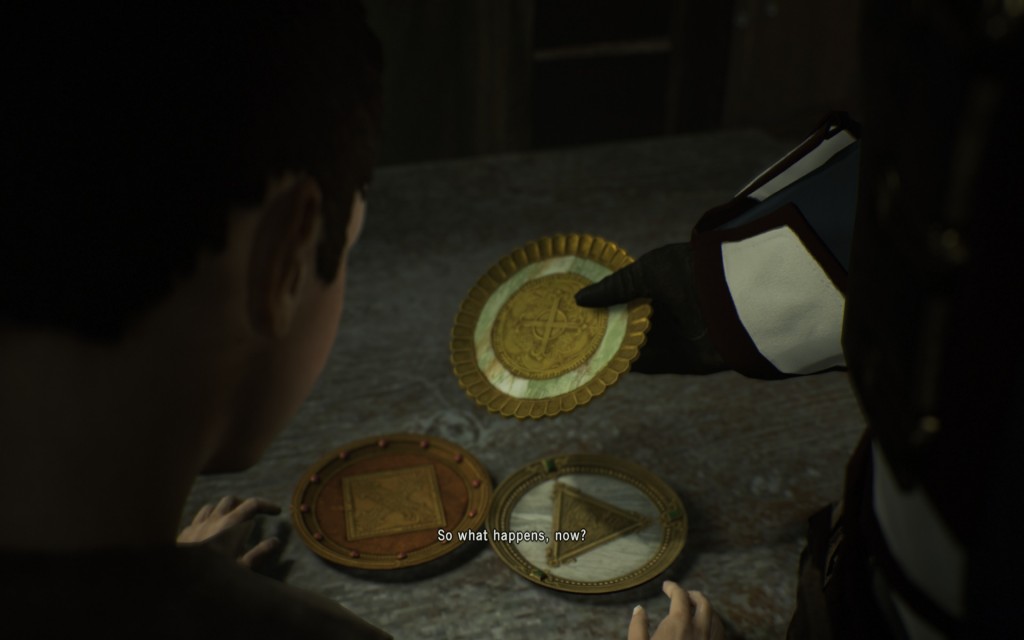 In the catacombs you will initially have to solve two puzzles in the big room. One is to the left of the entrance and one is to the right (looking at the in-game map these are south and north puzzles). Reach the black stone, located left of the entrance into the big cavern and the big door the raiders are trying to open, to get to the horse riders puzzle. Descend into the hole and you will see the ghost that starts the puzzle. The point here is to activate the pressure plates on the ground in a particular order to light the fires on the opposite side. Pressure plates blink in a certain sequence helping you solve this puzzle. Make sure you activate them in quick succession and that you have your lantern lit. The order of activating these switches (that worked for me) is: second from the right, leftmost, second from the left, rightmost (or, if you mark them with numbers from left to right, 3-1-2-4). This will light all the fires and release the ghost.

Go back out into the cavern and go to the opposite wall where you’ll find another black stone you can descend to reach the next puzzle. Room is filled with water except for several platforms holding braziers you can light with your lantern. First brazier is close to the water and if you approach it with your lantern the following words will show up on the wall “In nomine Patris et Filii et Spiritus Sancti”. This is a Latin prayer meaning “In the name of the Father, the Son, and the Holy Spirit.” and it is used when making the sign of the cross during a prayer. Your goal is to make the sign of the cross as you light the braziers. Light the north brazier first (the one across from the one you found the hidden prayer at). Swim across the water and use the oil jar in the center to refill your lantern. Take the lantern and light the north brazier. You go back south next and light the brazier with the hidden letters on the wall next to it. Now go back through the water to the oil jar to refill your lantern again and go to the left (west) brazier. Not the one in the top left corner, but directly left of the oil lamp. Next, light the east brazier and that should complete the puzzle.

This one is quite easy. When you reach the puzzle room and interact with the ghost you will see four pressure plates next to four black pillars hidden underground. You need to interact several times with each pressure plate until black stone pillars raise all the way up to the signs on the walls. Each black stone will be at different height once you are done and you will use them to escape this room in the end.Once you make it out of the room with the central puzzle all you have to do is watch the cutscene and thus complete Memory 13 Sequence 4 of Dead Kings DLC.