Scorpio Nostradamus Enigma is a four star difficulty side mission in Assassin’s Creed Unity that requires you to solve three rioddles in order to obtain a Nostradamus fragment. These are later exchanged for a special Assassin’s outfit in a basement room of your house. Scorpio Enigma starts in Marais district of in-game Paris and it had some easy and some very hard riddles. At this point I started using the in-game database of landmarks and locations a lot more to find clues about the whereabouts of riddle solutions. 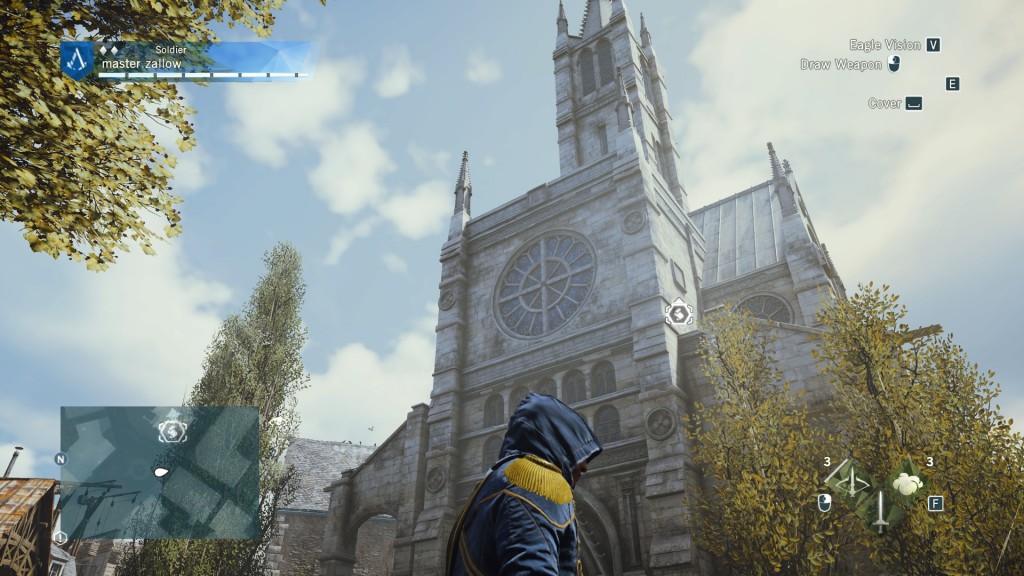 At the foot of the Saint Twin Brothers,
The Tree of Justice
Plunges its ancient roots,
Scarred by heavenly wrath.

We are on top of Eglise St. Gervais-St. Protais church, which, according to the in-game database, is named after the twin martyrs Gervasius and Protavius. I just looked down from where I started the Enigma and found the solution to the first riddle.

Sanctuary of Bishops by birth,
Stronghold of knowledge for life,
The stoney edifice
Fools the senses by its name.

It was very hard to find anything substantial on google with the clues in this riddle. “Stronghold of knowledge for life” immediately reminded me of some sort of school or library. So I went looking at nearby landmarks and their in-game database entries. Turns out Hôtel de Sens is an art library and it was built for Archbishop of Sens. This seemed to fit the riddle clues and finding tthe solution rune for the second riddle there confirmed my suspicions.

A square with shifting name,
Replaced a field where sovereign
Was felled from horse.
Now arches enclose trees
Where a bronze horseman waits

Again, by looking at the riddle alone and trying to find info on Google you probably won’t get far. Looking at the in-game database and nearby landmarks led to discovery of Place des Vosges. Apparently it holds a bronze horseman statue and mentioned that Henri II died in that field. Oh, and the entry also mentioned that the square changed its name a few times… Sounds like the solution to the third Scorpio riddle to me.

Here’s a quick video recap of all Scorpio riddle solutions: