There are several editions of Battlefield 1 currently on sale. Some will only be available until the game is released, so you have limited time to get them. Others are limited by physical stock numbers. The whole thing can get a bit confusing, and you might not realize what each one of them contains. This is where we come in – our guide will show you all Battlefield 1 editions: standard, deluxe and collector’s, as well as the contents of the season pass. 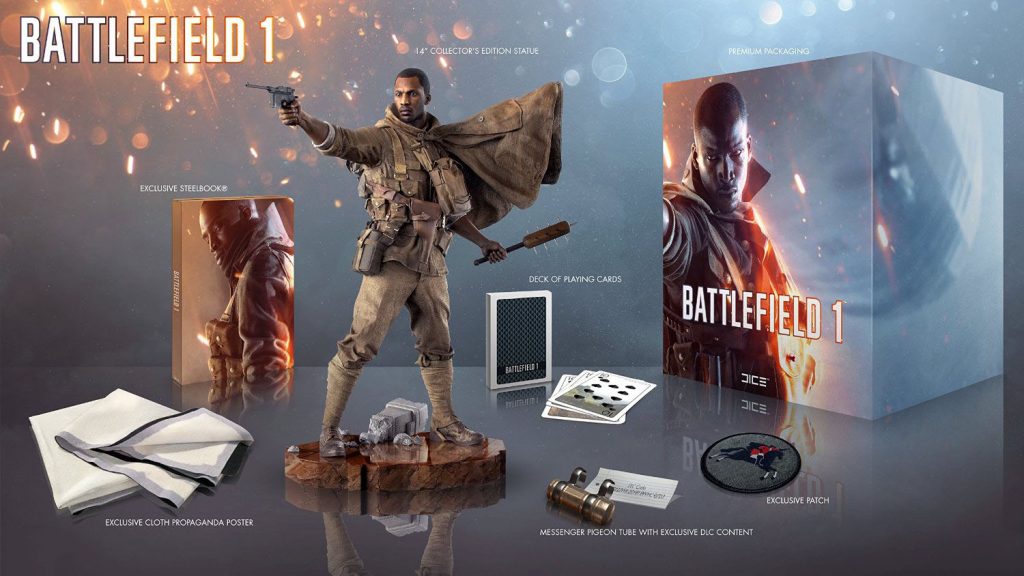 Thsi is the basic edition. It’s also the cheapest, so if you’re in a tight spot, this is your best bet. You’ll only get the game, and it costs $60. If you buy it before the game is out, you’ll get the Hellfighter Pack preorder bonus, which includes several items based on the Harlem Hellfighters infantry regiment:

This edition is only available as a preorder, and it costs $80. It’s pretty meaty, at least on paper, considering it isn’t much more expensive. Here’s what you’ll get inside:

The collector’s edition is the flashiest of them all. It’s also the priciest – it costs $220. If you order it, you’ll get:If you get the standard edition, you’ll get to play on October 21st. If you get any of the more expensive ones, the game will unlock for you on October 18th.