Battlefield 1 is going to be released in the coming week. Different editions of the multiplayer shooter will be released at different times, so it can be kinda hard finding out when exactly will you be able to play it. If you’re having trouble with this mess of editions and platforms, we’ve got you covered. This guide will show you the exact Battlefield 1 release date & time, for all editions, in several time zones. 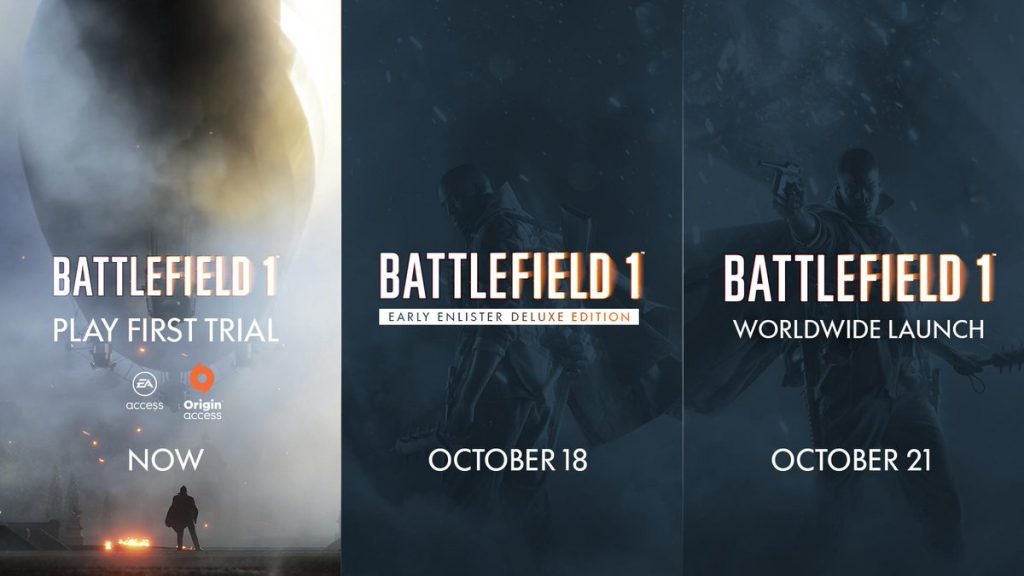 There are several release dates for the game, depending on which edition you buy and whether you have EA Access / Origin Access.

As the worldwide release approaches, players are starting to wonder when exactly is the game going to be released in their time zone, so they can start preparing. The release is going to be worldwide, which means all regions will be getting it simultaneously. Here’s a table with the exact release times across several time zones.

If any changes occur, we’re going to update this timetable with the new info. Stay tuned and be on the lookout for our class, weapon and map guides, which will help you get better at the game quickly.