As is tradition, Battlefield 1 is mainly focused on multiplayer. Some game modes are designed for small, intimate experiences, while others will be better suited to be enjoyed in larger groups. The number of max players has been pretty constant across games in the series. The question on everyone’s lips is: how many players will Battlefield 1 support? Will this be the game to break the mold? Read on to find out. 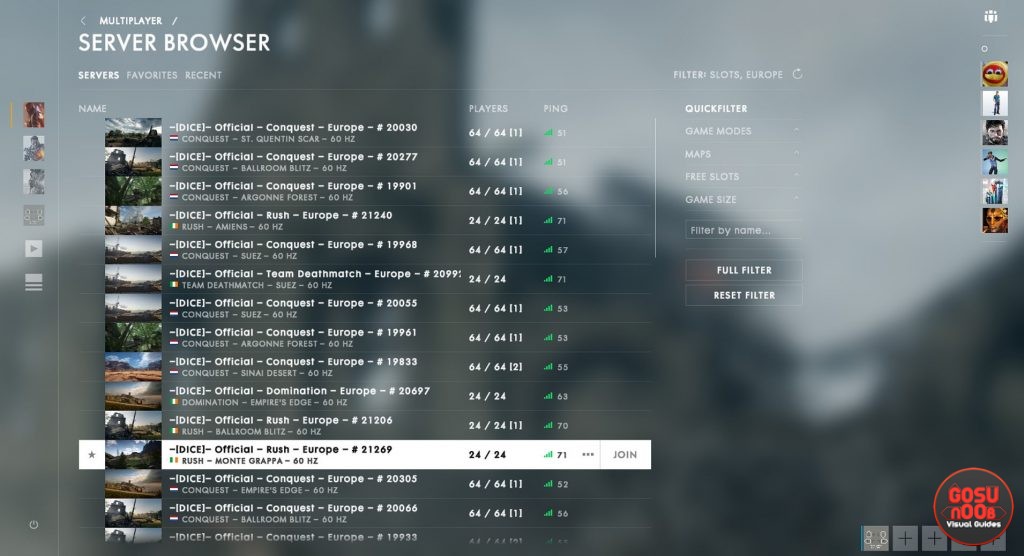 Update: Here are the limits:Original text: The Conquest mode, which involves the biggest clashes, will support up to 64 players per server. The max number of players will not be reduced or increased compared to previous games. You can rest easily.

As for the other modes, we don’t have any concrete info to go on. Thankfully, the info we have allows us to make some educated guesses. For instance, Domination is being touted as a “smaller, more focused version of Conquest” which focuses on close combat, so it’s definitely not going to include two teams of 32.

Operations seem like they’re going to be small multiplayer campaigns, so they could easily also house 64 players per server. Rush, on the other hand, seems a bit more intimate than that, so we’re guessing it will have a lower limit.

War Pigeons is certainly going to have a lot less people per server, since there’s only one pigeon coop to fight over. Having too many people fight over it would wreak havoc and make the game too chaotic.

Team Deathmatch could go either way. It’s a game mode that’s usually reserved for 8v8 or 16v16 clashes, but it could easily support a 32v32 structure if the map was large enough.

All in all, the max number isn’t changing, compared to previous games. How exactly is it going to work in different game modes remains to be seen. All will be revealed on October 21st, which is when the game is going to be released.

NEXT POSTNew Prey Video Released – The History of TranStar