Kolibri pistol is a tiny little gun you can use in Battlefield 1. It’s an easter egg, and the weapon is largely useless, apart from its novelty value. It’s a replica of a real world gun, whose production was abandoned since it was as useful as its in-game counterpart. In this guide, we’re going to show you the Kolibri pistol easter egg in Battlefield 1, where to find it, what it looks like. 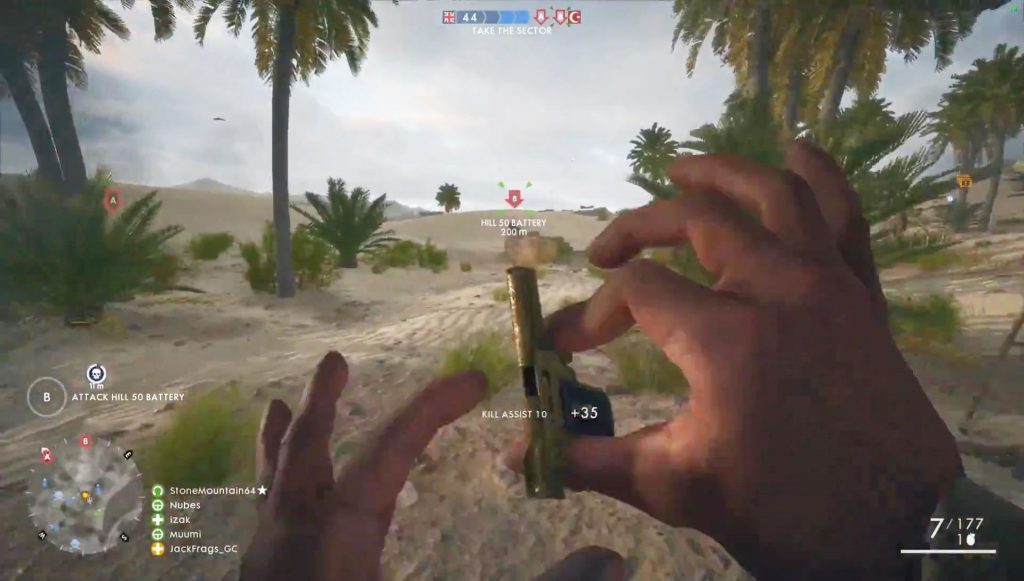 Note: This guide is a work in progress. We’ll add the exact steps you need to take to obtain this weapon once the game is out.

Sadly, since the game isn’t out, we don’t really know where to find it. We’ve only seen it used in a video. If you want to check it out yourself, skip to around 7:40.


As you can see, the baby pistol is hilarious, and so are the animations when using it. Killing someone with it will probably require a lot of persistence and luck. As for the method of obtaining it, it will probably be a map-speficic pickup, hidden away somewhere. There is a possibility it will be unlocked through the menu using Warbonds, but we think it’s unlikely. Asking players to invest hard-earned progression currency and a loadout slot into it would be kind of cruel.

It’s based on the Kolibri 2mm, a real world weapon designed in the early 20th century by an Austrian watchmaker. It was marketed as a self-defense weapon, but test quickly showed it wasn’t up to the task – it was impresice, weak and fiddly. It is an amazing thing to see, though.

Battlefield 1 is going to be released on October 21st, on PC, Xbox One and Playstation 4. EA Access / Origin Access users have the chance of getting into it a few days earlier. We’re going to update this guide once it’s live.

PREVIOUS POSTSupport Class – How to play it | Battlefield 1