Blood Echoes are the main currency for leveling up your character in Bloodborne. They are not that easy to come by, because each time you die you loose all of them and have to fight your way back to the spot you got killed at to retrieve them (without dying again). You can farm them by killing easier enemies close to Lamps, but that is rather time consuming. Last night we discovered a more interesting method for doing it very fast. Method described here can net around 70k Blood Echoes per hour. This might be considered an exploit or a bug, but for a game this hard any method that makes your life easier is legit to me.

DISCLAIMER: This might be considered an exploit, so apply this method only according to your own moral compass. We are here to report about it, it is up to you to decide what to do with this information. 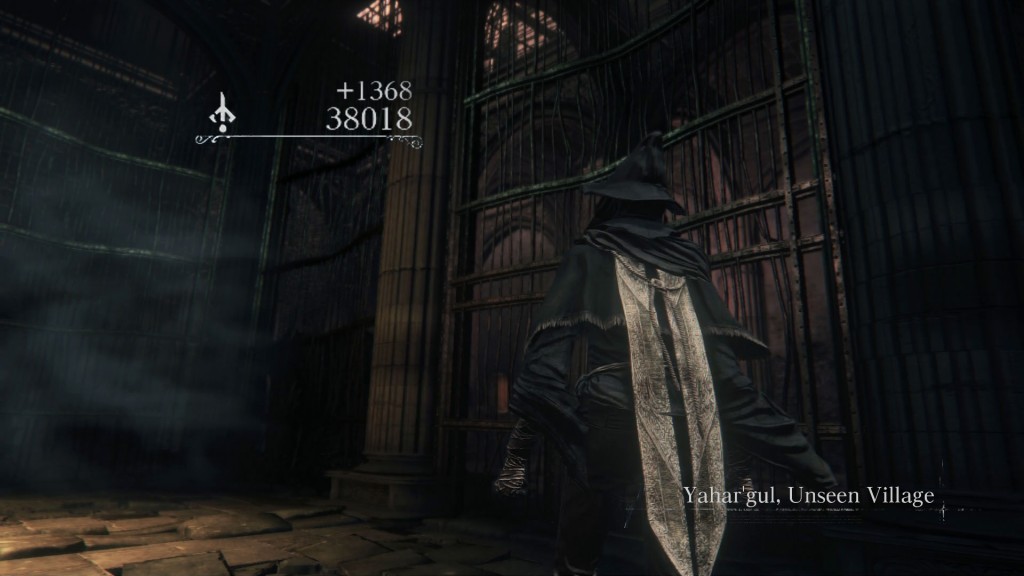 Here’s a video showing the method. For those of you who want a full explanation guide bellow goes into more details.

For this method to work you have to have defeated the Blood Starved Beast. Afterwards, spawn at Cathedral Ward lamp and exit the Lamp room by going straight. Turn right at the carriage and watch out for the “priest” enemy. Behind him, in the corner, should be a never before seen type of enemy carrying a large sack on its back. This is a Death Dealer. This enemy hits very hard and you should let it kill you (of course game like Bloodborne requires the enemy to kill you so you uncover new zones)! 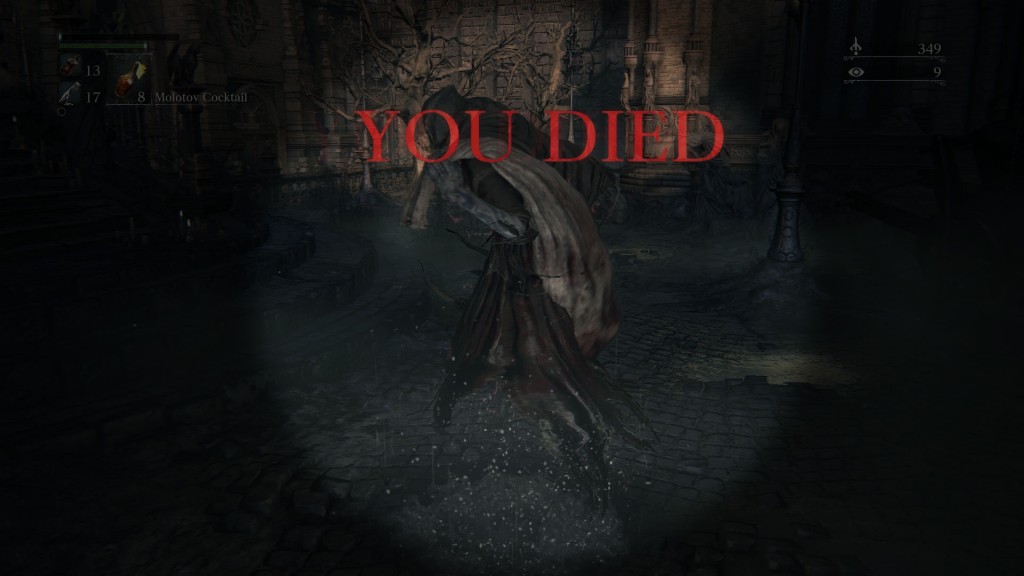 You should next wake up in Yahar’gul, Unseen Village. I was level 30 when I appeared here so I know for certain that it will work for characters of this level and up. You can probably do the farming with lower level characters, it might just take a bit longer. Remember – do not go back to Hunter’s Dream or you will not be able to come back to this place until much further in the game. This is a one time opportunity for lower level characters and a great spot for those that almost reached the end of the game.

From the prison go up the spiral staircase (you can first explore the lower level for some items and goodies). Go all the way up (you can kill an imp for some Twin Blood Stone Shards if you are fast enough), but be careful because there is a Death Dealer roaming about. If he is not patrolling he is standing in the middle of a large room with his buddy. Up another flight of stairs is the Yahar’gul, Unseen Village Lamp (once again, do not use it to teleport now, just activate/light it so you respawn there). Now is the time for farming. Pull one of the Death Dealers. Do not stand in his melee range just go backwards and down the spiral staircase you used to come into the room. When he approaches he will not be able to follow you down the stairs, and it will get stuck. Have a weapon with long range equipped and just hack away with it slowly. Wait for him to do his hit then hit back and doge back. Takes about a minute to kill one at lower levels. Rewards are amazing though. You get 1368 Blood Echoes and Twin Blood Stone Shards or regular Blood Stone Shards, which are used for upgrading your weapons. Now pull his buddy and dispose of him using the same method.Turn back and go down the stairs until you reach half way on the spiral staircase and see a door leading down into another room with prison cages. There are two hags right at the entrance. One runs to the left while one waits in ambush to the right. Carefully kill them and go inside the left prison cage. This leads into another room with two Death Dealers. Pull one of them and make him go after you through the cage and up the stairs. At the exit, next to the spiral staircase, the Death Dealer will get stuck again and you can use long range attacks to dispose of him. Be careful and do the same thing to the other Death Dealer that stayed downstairs. I usually die here to regular mobs lying on the floor of the second prison cage, respawn at the lamp and kill the Death Dealers again and retrieve the blood echoes from the right cage. 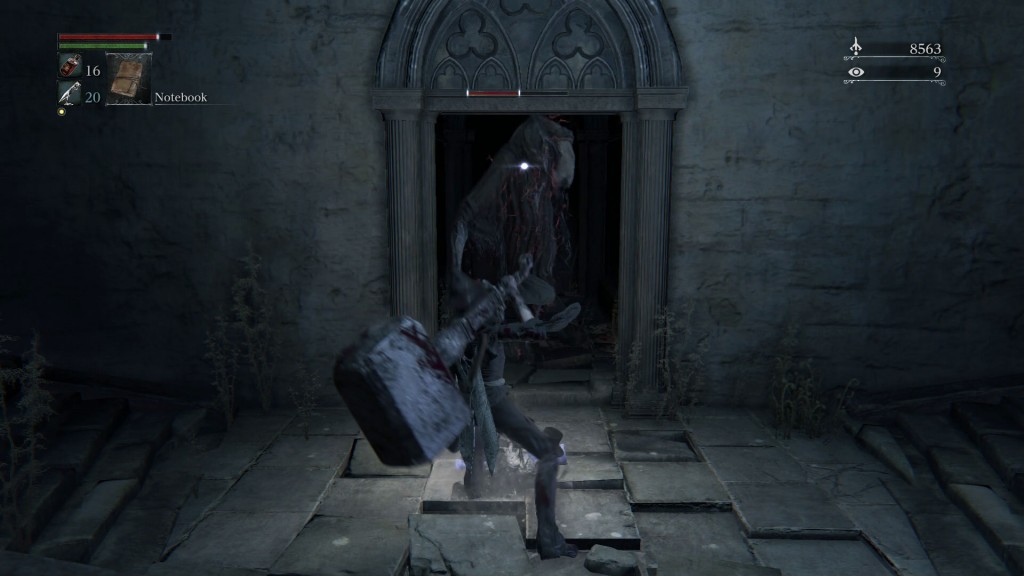 Basically you get 5472 Blood Echoes from 4 Death Dealers plus change from smaller enemies within 8-10 minutes on character level 30. This makes it possible to get about 70.000 Blood Echoes per hour. You also get Twin Blood Stone Shards that are used for upgrading your weapon. Spending an hour or two here can help you considerably upgrade your character with gear and levels and when you start feeling comfortable you can go outside and explore for additional loot in form of Yahar’gul armor set and Tonitrus weapon. There is a boss in this area which is too hard for lower level characters and dying from it will make it almost impossible to retrieve hard farmed Blood Echoes, so avoid it for now.