Black Church armor set is a bundle of clothes found in the Cathedral Ward in Bloodborne. It offers high poison resistance, so it’s great to use against the Blood-starved Beast and lesser enemies in Old Yharnam.
▼Article Continues Below▼
In this guide, we’ll show you how to find the Black Church set and how much protection it offers.

Go to the Hunter’s Dream, and buy the Hunter Chief Emblem from the Messengers for 10,000 Blood Echoes. Then teleport to the lamp in Cathedral Ward.

You don’t need to fight any of the enemies yet – dodge and run.

Turn left behind the cart, as soon as you go through the gate.

There’s also a rifleman and a beast-man walking slowly down the strees. Bait the beast-man out of the rifleman’s range, then fight him. He’s pretty strong, so you need to dodge a lot. You’ll find the Black Church armor set on a dead body in the alley on the left, where the second ambush comes from. 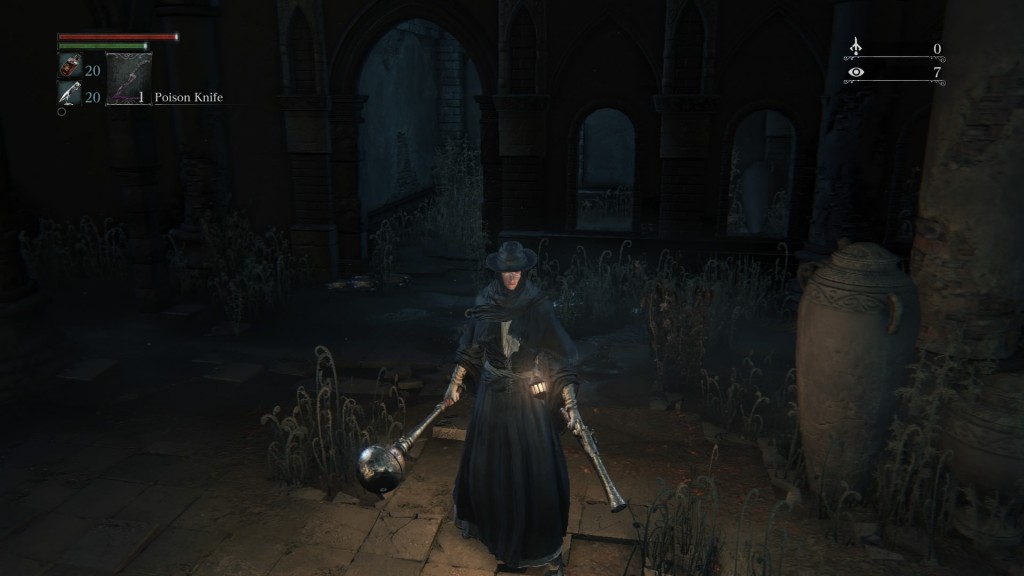 There’s some speculation that you can use this armor set to peacefully approach the hunter with the Gatling gun in Old Yharnam. We haven’t been able to confirm it, but supposedly, if you enter Old Yharnam for the first time while wearing these clothes he won’t shoot at you. Then, after you kill the Blood-starved Beast, you can climb his tower and talk to him, and he can give you some items. Of course, these are all just rumors, so don’t put too much faith into them.