Vicar Amelia is the fourth boss in Bloodborne. She can be found in the Cathedral Ward.
▼Article Continues Below▼
Her main strengths are the large amount of health she has, and the ability to heal herself. In this guide, we’ll show you where you can find her, how to kill her, and what rewards you’ll get for taking care of her. We also have a guide on other Bloodborne Bosses. 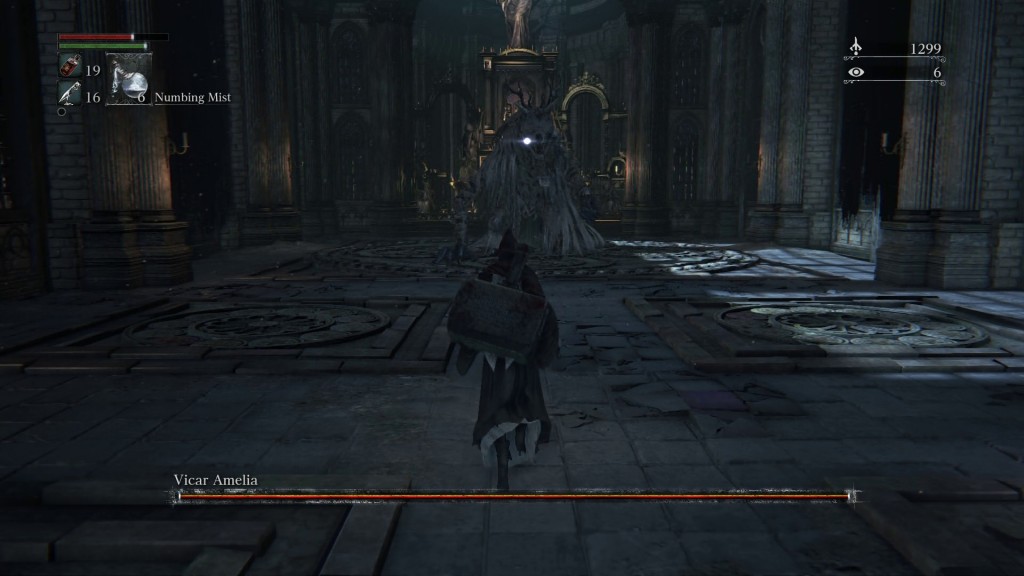 How To Kill Vicar Amelia


Summary: Before you enter the fight, make sure you have a lot of Blood Vials. If you can get your hands on a Numbing Mist or two, that could also help – they prevent enemies from healing (you can loot 6 from a dead body up on a tower when you take a shortcut to Amelia. Exit Cathedral Ward Lamp room straight and go right up the stairs. There is a gate there that you should have unlocked by now. Just right, when you go through the gate, you’ll see a ladder. Up the ladder you’ll find a dead body with Numbing mists). It would be a good idea to upgrade your weapon of choice as much as you can, too.

You need to approach this one aggressively – run up to her legs, dodge to the right and slice her up with quick attacks from behind or her weak side (*her left side). If you’re close enough, some of her swings will even go over your head, without any need for dodging. Most of her attacks are right-handed, so you’d be wise to keep to her left (your right). She also does a claw attack with her right hand that reaches back, so it’s very hard to evade if you are standing behind her.

It may sound silly, but your best bet is to stay close to her at all times. The farther you are from her, the harder dodging gets. Plus, every time she enters a fit of rage, you get to land a few free blows. If you do enough damage this way, she can fall to the ground, which makes her susceptible to Visceral Attacks (if she is on all fours not moving go up to her head and R1 attack her for massive damage). The only attack that you really need to get away from (really away from her, not behind, because she will turn towards you) is the big “hug” she does. She spreads both her hands and pauses for a second. When you see this dodge backwards and wait for her to complete the “hug” and dodge back into her legs to continue the fight.

When she gets into a praying stance, she will start healing herself. You have two options at this point – you can either lob a Numbing Mist toward her and stop the healing, or you can chop away while she’s busy. If your weapon and attributes are good enough, you’ll do more damage than she can heal or you can even interrupt her healing and do a visceral attack for massive damage. Key is to hack at her legs as much as you can. For this reason alone it is recommended you explore all of Cathedral Ward, Old Yahrnam and kill the Blood Starved Beast so you have leveled up your character and fortified your weapon enough to have an easy fight with Amelia.

Here’s a video guide of the fight: 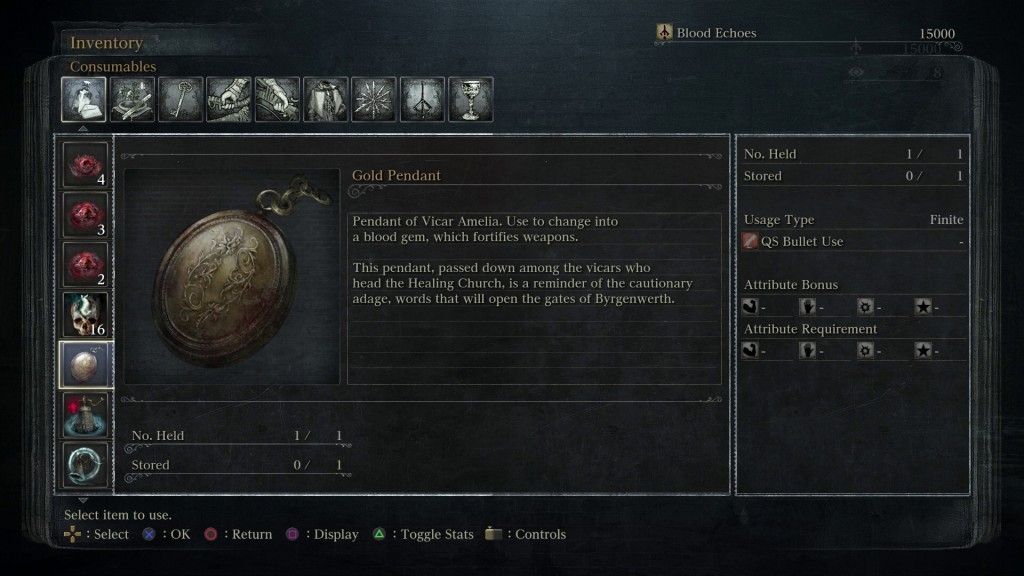 Where To Find Vicar Amelia

In order to gain access to most of the Cathedral Ward, you’ll need the Hunter Chief Emblem, which acts as a key. You can buy it from the Messengers in Hunter’s Dream for 10,000 Blood Echoes.

As soon as you step off the altar with the lantern in Cathedral Ward go left, down the stairs. Turn right at the small plaza, then go up the stairs. Keep climbing stairs until you reach a gate that asks for a special emblem – this is where you use the Hunter Chief Emblem. Go through it and turn left immediately. Follow the path as far as you can, climb the stairs and enter a chapel with a ladder. Climb all the way up, cross to the other tower, then jump onto the roofs. From there, you can go down to the street and pull the lever to unlock another door. To the right from the steps, there is an alley you need to go down. At the end of that alley is the final gate you need to unlock. This will make your shortcut complete.

After you’ve unlocked it, the road from the Cathedral Ward lantern to the boss is rather short.

There will be a staircase in front of you, a little to the left.

All that’s left between you and the boss is a lot of stairs.