Call of Duty: Black Ops 3 has a new movement system, based around momentum. It’s about staying in motion all the time, and there’s a bunch of cool new moves it has produced. If you want to win a game, you’ve got to keep moving. In this guide, we’re going to show you the new moves in COD: Black Ops 3, along with some ways to use them. 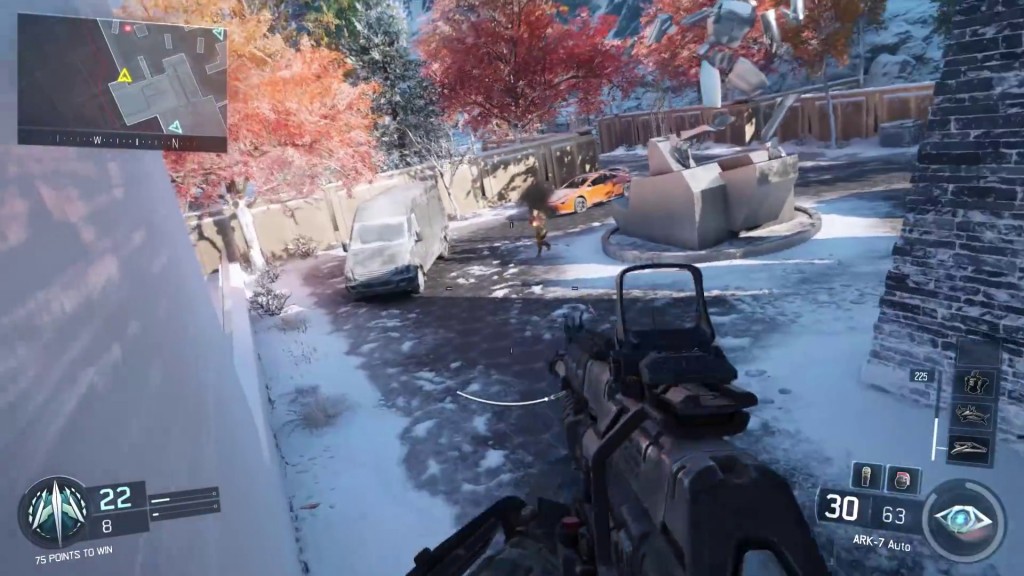 There’s isn’t a bar that gradually empties as you run anymore. You can run forever. Keep that in mind – most of the time, you’ll want to be in a sprint, so you can close the distance between you and the action, flank unsuspecting enemies or rush objectives.

You can mantle (or vault) over obstacles while maintaining speed and control over your weapon. Mantling can be done in all directions, not only forward.

While in the air, tap or hold the jump button to perform a thrust jump. The time you spend holding the button influences the time you spend thrusting upward. You can chain smaller thrust jumps that make you seem like you’re levitating, or you can put your whole thrust meter into one long, high jump. You can also change direction while in the air by using the thrust. The meter refills while you’re on the ground.

The power slide is performed by pressing the crouch button while sprinting. As with other moves, you can shoot normally while power sliding. It’s a great tool for disorienting your opponents, and you can even land into a power slide from a jump.

While in the air, push the left stick in the direction of the wall. Once you’re on it, just go forward. You can use weapons and items normally while wall-running, and the move can be chained to a thrust jump, power slide or another wall run. You can even change the direction of a wall run by turning into the wall, then to the desired direction.

You can swim in any direction, while retaining weapon control. You’ll lose oxygen slowly, so keep in mind you should thrust jump out from time to time, to get some air.