Warzone Pacific Season 2 Reloaded has arrived with an abundance of new content, but the biggest star is the reworked Rebirth Island map. The Season 2 Reloaded update has brought a major overhaul of the smallest Warzone map, which now has several new POIs. Asides from new points of interest, many old locations are also changed, and even the weather itself is different, as now it is a sunny day! On top of that, there’s a new easter egg with a vault similar to Nakatomi Plaza on Verdansk. For that vault, located in the Stronghold POI, you need to find three keycards – The Perseus Keycard, Vikhor’s Keycard and the Forgotten Keycard. In this guide, we will explain where to find all Rebirth Island vault keycards locations. 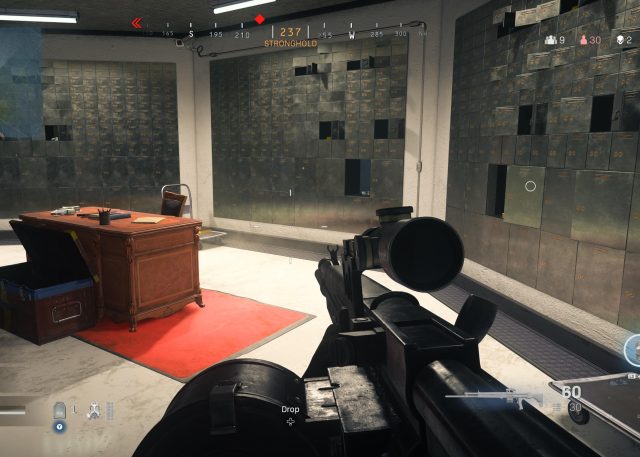 Where to Find Vault Keycard Locations on Rebirth Island Warzone

The good news is that the vault acts as three separate safes. You don’t need to actually find all three keycards in order to get the rewards. Each of the three vault keycards on Rebirth Island unlocks a separate compartment of the vault. This makes Warzone Rebirth Reinforced easter egg much easier in a sense, as you don’t need to wander around completing various tasks. You can simply settle with partial rewards. With that said, here’s where to find all three keycards on the Warzone Rebirth Reinforced map.

The first one is probably the easiest one to grab. The Perseus Keycard can be found inside an office building just south of the Nova 6 Lab POI. You’ll find it sitting on a shelf inside. Not only it is the easiest one to find, but it’s also the closest one to the Stronghold. Thus, it’s the safest one to grab in the early game. Once you have it, head back to the vault in the Stronghold, and use it to unlock the first (leftmost) box. You’ll receive an Advanced UAV and 10,000 cash.

In order to find the Forgotten Keycard, head to the Bioweapon Labs POI. You’ll need to get to the basement of the Labs, and then inside the showers room. There are two showers. Activate the one closer to the staircase from where you entered. It will start raining cash, and at one point it will also drop the Forgotten Keycard.

Grab the keycard and head back to the Stronghold. Unlocking the middle vault box will grant you a Specialist Bonus field upgrade, a Loadout Drop Marker, and a Munitions Box. On top of that, you’ll get additional Specialist Bonus upgrades based on your party size. Two for duos, three for trios, and four for quads. All in all, the Forgotten Keycard probably offers the most value out of the three keycards.

In order to put your hands on Vikhor’s Keycard, you’ll need to visit the Headquarters POI. This one is probably the hardest one to get, as it is located on the opposite side of the Stronghold. You will find it in the well-known room behind the infamous red door, which is now wide-open. Finding the card inside is rather easy, but the area will be heavily contested by other players. This means you’ll have to fight in order to get the keycard, which is on a table there .

And even if you grab it, you’ll need to go all the way back to the Stronghold and use Vikhor’s Keycard for the final vault box. For this perilous journey, you will be rewarded with a Loadout Drop Marker and around $8,000. Not bad, but was it worth the trouble? By the way, since you’re visiting the Red Room, don’t forget to pick the weapon blueprint there! Shout out to eColiEspresso for the screenshots, make sure to check out this video!