Kirby is, without a doubt, one of the most recognizable characters in all of gaming. Ever since Kirby’s Dream Land in 1992, he has been featured in many games – sometimes as a protagonist, other times as one of on ensemble cast. Kirby is best known for his ability to inhale enemies and objects that exceed his size and to then spit them out. The latest game to star this loveable pink cutey is Kirby and the Forgotten Land and it is going to be released very soon. We are going to tell you the exact release time and date for Kirby and the Forgotten Land right here. 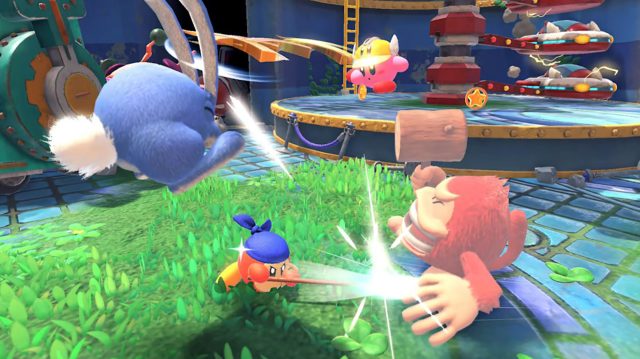 Kirby and the Forgotten Land Release Time and Date

The release date for Kirby and the Forgotten Land is Friday, March 25th, 2022. It is going to release worldwide on that date. For Europe (including the UK), the release time is as follows, according to Nintendo’s website: “Content will usually be available at 14:00 GMT (15:00 CET) on the day of release.” It also states that “Please note: some third-party titles may not be not available until 17:00 GMT (18:00 CET) on the game’s release date.”, and that “Pre-ordered content will be available on the software’s release date.” Though, since Kirby is a first-party game, it is probably going to be available at 14:00 GMT / 15:00 CET in that region.

As for the US, players there can expect to play the game at 9 PM PT (March 24) / 11 PM CT (March 24) / Midnight ET. This is due to the game being available as both a digital download and physical copy there. Players in Australia and New Zealand already know that Switch games usually release at midnight over there, so we expect Kirby and the Forgotten Land to also follow that release formula. In any case, regardless of when you get this game, we hope that you will have a lot of fun playing Kirby and the Forgotten Land.