If the Call of Duty: Modern Warfare 2 campaign keeps freezing and crashing in early access on Xbox and PC (Steam and Battle.net), you are not the onle one. COD MW2 campaign early access is now live across all platforms. However, it wasn’t the smoothest of launches, as many players were unable to even start the game and install the pre-release update. Not only that, but it seems that the campaign is riddled with all kinds of bugs. And on top of that, the Modern Warfare 2 campaign keeps crashing the game. Read on to learn what we know about it. 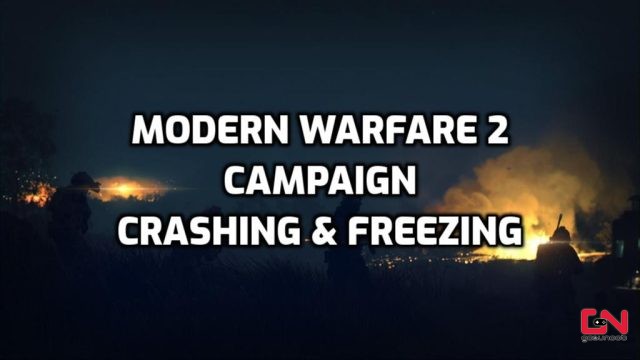 Let’s not beat around the bush here. All current Modern Warfare 2 campaign crashing issues in early access are the results of various bugs and glitches, and there’s not much you can do to fix them. Currently, the biggest crashing point is during the campaign in the 2nd mission. Namely, in the part where your teammate gets shot, he will ask you to kill an enemy. However, after that, you need to kill another enemy, but then the framerate drops unbearably until the game crashes. This has nothing to do with your gear, it is simply a widespread bug as reported on Reddit. Several other players have also confirmed the crashing issue at the exact same spot.

“Keeps crashing on Xbox Series X before you get into the second house. Can’t continue either just keeps freezing,” says Reddit user GhillieInTheFallout. Unfortunately, there’s not much you can do about it currently. As we’ve already stated these are the game-breaking bugs which need to be stamped out by developers as soon as possible. If we encounter a temporary workaround, we will make sure to share it with you. If you have a solution for the “Modern Warfare 2 Campaign Crashing” issue, share it with us in the comments section!

PREVIOUS POSTModern Warfare 2 Campaign Stuck on Stay With Your Squad