The Stay With Your Squad mission won’t progress in the Call of Duty: Modern Warfare 2 campaign? The Modern Warfare 2 campaign early access is now live! Everyone who has preordered the game digitally is now able to play the campaign. Unforutnly, although somewhat expected, the early access launch is currently quite bumpy. A lot of players across all platforms can’t even launch the game, and even when they manage to launch it, the issues don’t stop. Currently, many players are stuck on the Stay With Your Squad objective in the campaign, and not sure what to do. Read on as we explain the situation and provide a fix. 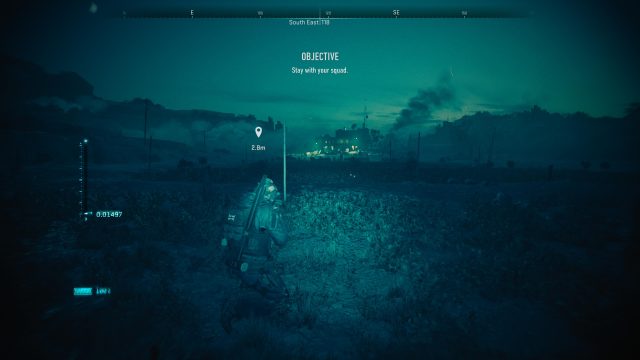 It goes without saying, but, before we proceed a fair warning – minor MW2 campaign spoilers ahead. During one of the very first missions in the game, one of your tasks will be to “Stay With Your Squad”. Seems like a rather easy and straightforward objective, right? Well, the mission is currently glitched, it won’t progress, and has many players stuck there. Namely, the squad won’t move and if you try to advance you’ll simply die because you’ve left the mission area. So, how to fix this game-breaking “Stay With Your Squad” bug in the Modern Warfare 2 Campaign?

The best solution is to simply restart the mission and try it again from the beginning. A number of players have reported that simply redoing the mission has solved the problem for them. It is a little bit annoying, but it is better than being stuck because the mission will not progress otherwise. However, some players say that restarting or quitting didn’t do the trick for them. In that case, we share a possible solution provided by Reddit user wemakebelieve:

“Go prone and run to the right, there should be a couple of blocks to cover you with, then the airstrike will help you and you’ll move on. I’m stuck later in the mission with the clearing house section where 1 shot in veteran kills you, very annoying at points, feels more like gotcha’s than good reaction times,” he wrote