Don’t know how to fix the “Timed out waiting on playerstatus Reason Niamey – Kinser” error in the Call of Duty: Modern Warfare II and Warzone 2? Warzone 2 is now live for all players across all platforms. Gamers on Xbox Series X, Xbox One, PC, PlayStation 5, and PlayStation 4 have rushed this Wednesday to finally try the next Call of Duty battle royale game. However, the game is suffering from numerous issues currently. And, one such issue is the “Niamey Kinser” error. Here’s why are you timed out and why is the game “waiting on playerstatus” 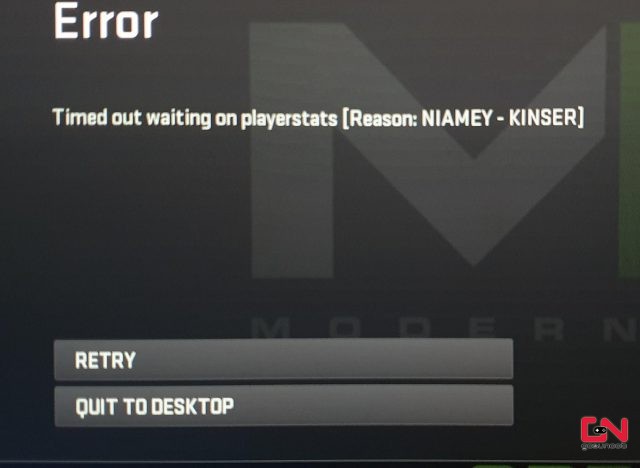 We will not beat around the bush here. Instead, let’s jump right to the case. This is not something you will be able to fix. The reason why are you seeing this is that the servers are currently overloaded with an influx of new players from all around the world and on all platforms. Given that Warzone 2 is free, masses of players are trying simultaneously to connect to the servers. Thus, the servers are overflown and can’t handle all these new requests. And that’s why are you getting the “Timed out waiting on playerstatus Reason Niamey – Kinser” error.

However, this was somewhat to be expected during this launch period. So there you have it. That’s the explanation for Warzone 2 “Timed out waiting on playerstatus Reason Niamey – Kinser” error. So, what you should do? Simply wait a little bit until there’s enough room on servers. Eventually, the pressure will ease, and you will be able to play the game.