Are Modern Warfare 2 Beta servers down currently? The long-awaited MW2 beta has finally arrived! Infinity Ward’s next iteration of Call of Duty boasts a host of new features, improvements, and exciting additions which need to be tested first. During September there will be two beta weekends, one for PlayStation players only and another for cross-play (Xbox and PC). In this guide, you will find out if MW2 beta servers are down currently. Also, if there is a Modern Warfare 2 server outage right now. And how to check the MW2 beta server status. 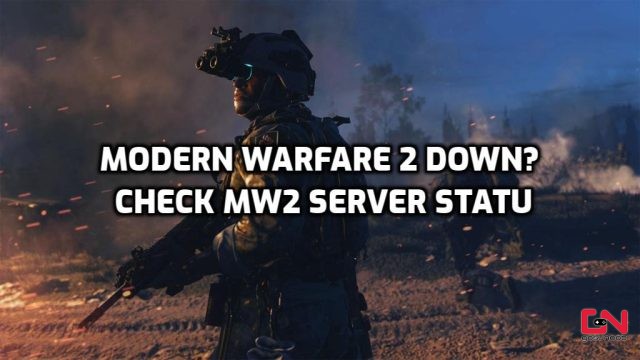 Is Modern Warfare 2 Beta Down Currently?

On Thursday, September 22nd, players on Steam were unable to verify their phone numbers, which is a requirement to play the COD MW2 beta. Furthermore, Xbox Series X/S players have been struggling with the “Login into Demonware Crashes Xbox” issue.

On Saturday, September 17th, MW2 Beta players on PS5 and PS4 are reporting issues with the CE-34878-0 error and the “Connection Failed Puget-Altus” error. We will share more information as it surfaces. However, servers may go offline for a number of reasons. An unplanned issue may cause servers to go off. Things such as DDoS attacks and crucial bugs that need to be fixed may also result in server outages. Scheduled maintenance and updates sometimes also require MW2 servers to be turned off during their deployment. Whatever the reason for the MW2 server outage, we will make sure to regularly and swiftly update the article with all the latest information.

The best way to stay informed about any current MW2 beta server issues is by following the official Call of Duty Twitter account. Another excelent place to find the latest info about outages is the official Infinity Ward Twitter handle. The official Activision Support Twitter will also regularly share information you may find useful.

Given that this is a PlayStation-only beta currently, you might also check the PSN server status. Finally, you can always come back to this article. We will endeavour to promptly update the article about all the latest Modern Warfare 2 server issues, such as current outages and downtimes. With that said, that’s all you need to know about the MW2 Beta server status.