COD MW2 campaign early access is finally here! Unfortunately, the experience is currently plagued by numerous bugs. In particular, the Call of Duty: Modern Warfare 2 “Violence and Timing” mission is riddled with bugs. Objectives near the end – “Board the APC to stop it” and “Reach the front of the Convoy” seems to be broken for many players. The same goes for the controls, as it seems trucks are slowing down randomly. Finally, for some the part with the drones never initiate. Read on as we explain how to fix all these bugs in the Modern Warfare 2 campaign. 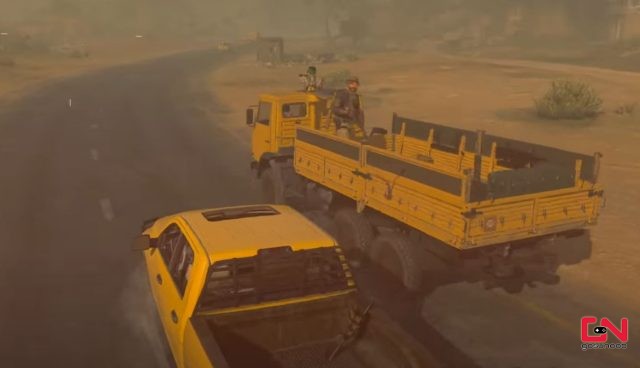 One of the most annoying bugs for a number of players happens near the end of the mission. The “Board the APC to stop it” simply doesn’t work for many players. And the same goes when trying to climb to Price’s truck. Players would press the button to “Climb to Roof” while next to APC, but instead of hopping onto it, the mission would fail over and over again with the “Laswell’s Captors Escaped” message.

While there’s no universal solution here, many players who have encountered this bug say that restarting the mission and using only pickup vehicles has worked for them. It is annoying, but try restarting and see if that helps with boarding the enemy APC. And remember, use only pickup trucks, as a number of players confirmed that the game doesn’t bug out here if you use only pickups.

Another bug just before this mission has players unable to “Reach the front of the Convoy”. Unfortunately, this is currently an unsolvable bug and the only solution is to reset the mission and try again. At the time of writing, we don’t know about the conditions that will make this bug appear. It simply works or doesn’t work at random. If you have a solution, share it with us in the comments!

The second bug is related to the controls when you are driving one of the hijacked vehicles. Namely, the game tells you to use R1 to accelerate and L1 for reverse driving. If your truck goes super slow causing you to lose the objective, that is because even the controls bug out during this mission! As reported by some players, switching R1 and R2 should do the trick here. Unfortunately, we cannot confirm this, as we haven’t encountered this bug.

This is particularly important if the game fails to progress in a part with the drones. For some players, the part that has drones doesn’t work, and they are stuck driving until the mission eventually fails. A supposed solution here is to simply drive slower “until you get into an open field to take out the launcher guy” as explained by YouTube user Slim Him.