Not sure where to find 1 GPU to deliver to the Dumpster Dead Drop near the railroad north of Al Sammam Cemetery? We’ve got you covered! In the “Custom Hardware” mission for the Black Mous faction, players will need to deliver specific hardware components. However, the very first step in this mission seems particularly hard. Players simply don’t know where to get 1 GPU in DMZ. In this guide, we provide several GPU locations in DMZ in order to maximise your chances to find it. 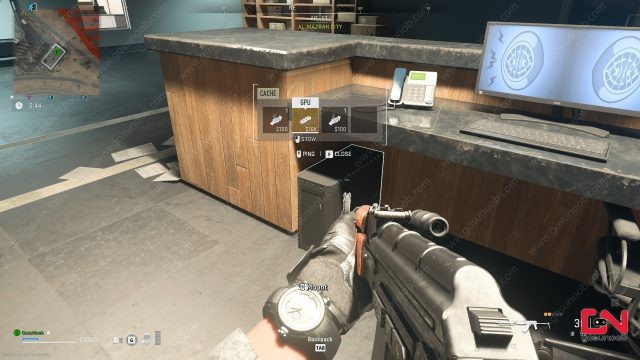 The “Custom Hardware” mission for the Black Mous faction sounds rather straightforward on paper. However, in practice, it is one of the hardest missions to complete due to the scarcity of GPUs in DMZ. The GPU is one of the rarest items you can find in DMZ (just like in real life, no?). It is incredibly hard to stumble upon it. And, to make things worse, it is a random drop, there are no guarantees that you will find a GPU in any specific place. However, there’s one place where you can farm for much higher chances of finding a GPU.

The Police Institute is located at the southeast end of Al Mazrah City, on the edge of the map. And the secondary Police building is to the right of the main building, across the parking lot to the southeast. Check out our map and images below for the exact location. With that said, our “Deliver 1 GPU to Al Sammam Cemetery, GPU Locations in DMZ” guide is completed.