Are Warzone 2 loadout drop pings showing the wrong location? If your loadout pings are inaccurate or completely wrong, you are not going crazy! The issue with the loadout pings system is currently widespread in the popular Call of Duty battle royale title. Here’s what we know about the “Warzone 2 Loadout Drop Pings Not Working” issue. 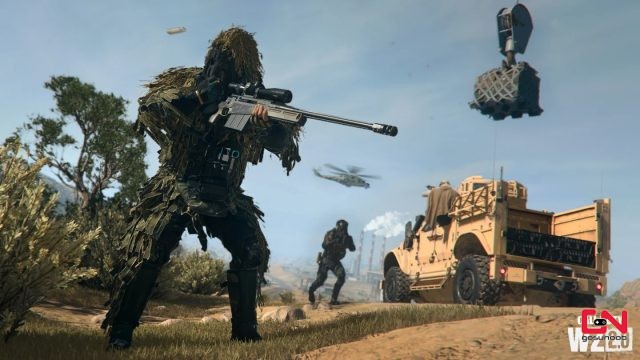 The Ping system in Call of Duty: Warzone 2 is back with some slight changes. In modern team games, the ping system is essential for proper communication, allowing players to quickly and easily convey important information regarding the battlefield. Such as the locations of your enemies, where you plan to move, where to look, and where is the loadout drop location.

Loadout Drops in Warzone 2 are more important than ever. Aside from Strongholds, that’s the only place where you can obtain your other loadout items. Thus, it’s imperative to arrive there before the enemies. And the best way to communicate that with your teammates is by marking the loadout drop via the ping system. However, unfortunately, it seems that the system is not currently working correctly. As reported by numerous players, Warzone 2 loadout pings “are completely inaccurate and wrong”.

“Have you guys also had this with loadout drops? When I ping one, what shows up on my map as pinged is not the actual loadout drop, and it is nowhere near the drop on the map,” wrote Reddit user Lassie_Maven. “The location is completely wrong. This happens every time and is really odd.” Other players on the same Reddit thread confirmed they are experiencing the same bug.

Currently, the only possible workaround for this issue is to ping the ground right next to the loadout, as then it will show the correct location. Hopefully, the developers will soon fix this problem. We will make sure to update the article if we learn of another workaround.