If your Perk Packages don’t work in Warzone 2, you should know that this is a fairly common issue at the moment. Call of Duty Warzone 2 launched just over a month ago. While it has come with an abundance of new features and improvements, it also arrived packed with issues and bugs. One such bug is related to the new Warzone 2 Perk Packages system. Namely, since the game’s launch, many players have reported that Warzone 2’s Ultimate Perk is not working. If this bug also troubles you, here’s how to fix it. 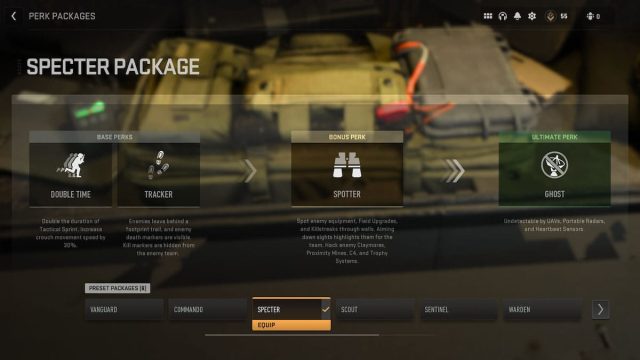 How to Fix Perks Not Working Bug in Warzone 2

The “Perks Not Working” issue in Warzone 2 has been around since the release of the game, and the developers still haven’t fixed it. The new “Perk Packages” system in Call of Duty: Warzone 2 doesn’t allow players to choose 3 perks manually. Rather, it presents players with several options of preset “Perk Packages”. These Perk Packages consist of four perks – two “Base Perks”, one “Bonus Perk”, and one “Ultimate Perk”. The inability to choose their own custom set of perks already has players infuriated, but things are even worse than that. Namely, for many players, ultimate perks aren’t working in Warzone 2. According to the Reddit user u/Agtie, this only happens to those players who have played Modern Warfare 2 multiplayer, but we can not confirm that. Apparently, if you don’t own or haven’t played MW2 multiplayer, your Perks should work just fine in Warzone 2.

Currently, the only method to bypass this issue is to choose one of the “default loadout” options when you approach a loadout drop. When you choose your Perk Package from here, your Warzone 2 parks should work just fine. The only downside here is that you’ll not get your desired custom loadout weapon from this. Instead, you’ll have to go and buy it from a Buy Station. It’s not ideal, but it’s the best solution until the developers fix this glitch.