Want to know when is PUBG Mobile 2.4 update coming out? You’ve come to the right place! The next major patch for the popular mobile battle royale title is just around the corner. As we’re inching closer to the new year, the developers have now officially confirmed when we can expect the new PUBG Mobile update to drop. Read on to learn about the exact PUBG Mobile 2.4 Warrior Trials update release date. 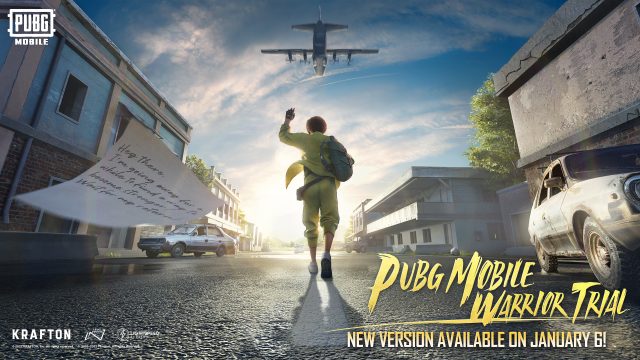 Krafton, a Korean studio behind the PUBG franchise, took to Twitter to officially announce when we can expect the new major patch to drop. As expected, the new patch is not coming out in December 2022. Rather, it is scheduled for the first week of January 2023. The exact PUBG Mobile 2.4 update release date is Friday, January 6th, 2023.

The Warrior Trials are coming! ⚔️

“The Warrior Trials are coming,” reads the official Tweet. “Stay tuned for a new update coming January 6th! Think you’re strong enough to take on the challenge? Let us know in the comments, and stay tuned for more information.” For now, we don’t know much about the update. The developers have confirmed that we can expect a new game mode which will “awaken your fighting spirit”. Based on the image we can see below, it seems that the new mode will be themed around traditional martial arts of East Asia.

Based on predictions from the 2.4 beta, the new time-limited mode is named Martial Arts Arena. You can also expect numerous improvements, fixes, and balance changes for both Classic Battle Royale and Metro Royale modes. For more details, we will have to wait for the official announcements. We will make sure to update the article once we learn more as we get closer to the PUBG Mobile 2.4 Update release date. Have a happy new year!

NEXT POSTWarzone 2 Perks Not Working Fix