Looking for Game Consoles locations in DMZ? We’ve got you covered! The Custom Hardware Black Mous mission in Warzone 2’s DMZ extraction mode has players delivering hardware pieces on a specific drop spot. It sounds easy enough on paper, but finding the required items can be pretty hard. This guide explains where to find Game Consoles in DMZ and complete the Custom Hardware mission. 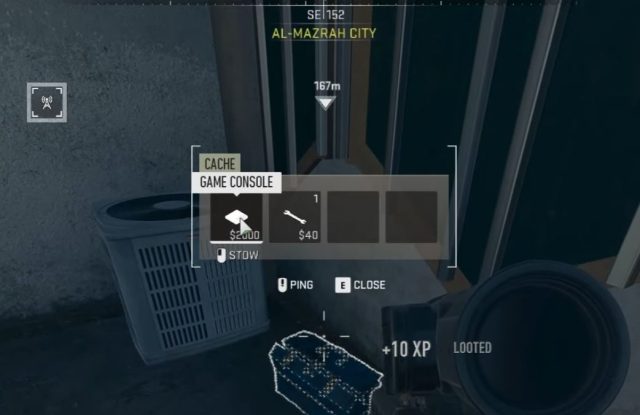 The Custom Hardware Black Mous mission has three steps. The first one requires players to Find 1 GPU to deliver to the Dumpster Dead Drop. The second step says, “Deliver 4 Game Consoles to the same dead drop”. Finally, for the last step, you’ll need to extract 20 Hard Drives. Players are already having problems with the first step. For that, you can check out our separate guide. However, the consoles have also proven to be quite elusive and hard to find. You’ll only need four of them, but obtaining them will take time and risk. So, where to find them?

To be clear, the consoles are random drops, and there are no dedicated places where you will find them 100% of the time. What we recommend here is more of a guideline. With that said, let’s see what some potential Game Consoles locations in DMZ are. According to our and other players’ experience, houses and apartment complexes are the best locations to look for the consoles. That’s the best place to search for them. Check out bookshelves and lockers inside these houses.

Another good place to search for them is in various stores. Enter a store and check on the shelves. Some players claim that unnamed locations (groups of houses that are not named on the map) have better chances of dropping game consoles, but we can not confirm that. With that said, our “Where to Find Game Consoles” guide is completed.

You need at least one Knotgrass Sprig for the Hogwarts Legacy Invisibility Potion, and you…

The world of Harry Potter is filled with all sorts of fantastical flora and fauna….

Ghost of Our Love, Hogwarts Legacy Map with Floating Candles

The Mandrake is one of the most well-known “magical” plants in the world. While it…