When does the Cyberpunk 2077 1.7 patch come out? Cyberpunk 2077 is currently going through a revival period, with over 1 million active daily players, 20 million copies sold and peaking at over 100,000 concurrent players on Steam every day. This is largely due to the success of the Cyberpunk: Edgerunners series, but also due to improvements which have arrived in the Cyberpunk 2077 1.6 update. Naturally, many players want to know what’s next for the game. Here’s what we know about the next Cyberpunk 2077 patch release date, new content, and more. 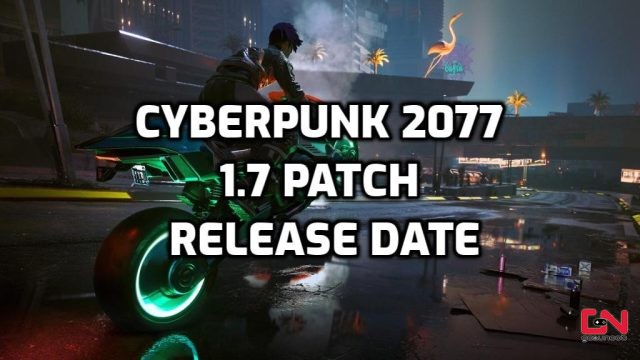 At the time of writing, Cyberpunk 2077 developers, CD Projekt RED, are yet to confirm the release date for the next update. Patch 1.6, called the Edgerunners update, was released on September 6th, 2022. And the previous update, the next-gen 1.5 patch, was launched in February 2022. And the update before that, patch 1.3, was released in August 2021. Judging by this cadence, which is around six months per patch, we can expect the Cyberpunk 2077 1.7 update to be released in late February or early March of 2023. The 1.7 update will quite possibly be the last major patch before the Phantom Liberty expansion arrives later in 2023.

Not much is currently known about the content we can expect in the next Cyberpunk update. What we do know is based on teasers from the developers. Firstly, the highly-requested overhaul of the police system will be one of the main new features. Another popular feature, vehicle-to-vehicle combat, should also arrive in the 1.7 update. Game director Gabriel Amatangelo says these two new systems will give you “a whole new feel and dimension and immersion to enjoying Night City”.

Furthermore, we can expect melee combat improvements and changes to MaxTac. Finally, new actions in the perk tree and new cyberware are also in development. For now, that’s all we know about the Cyberpunk 2077 1.7 update. Of course, we will make sure to update the article as soon as new information arrives.

NEXT POSTWhere Does Klee Go Fish Blasting in Genshin Impact