Cyberpunk 2077 is now once again available for purchase on the PS4 PlayStation Store. As you are no doubt aware, Cyberpunk 2077 had a very rocky release – especially on consoles. Plagued not just by all sorts of bugs, the PS4 and Xbox One were simply not powerful enough to run properly on these consoles. After a short while and tons of disgruntled console players, Sony decided to pull the game from the PlayStation Store until CD Projekt Red fixed the game. Now, some six months later after this fiasco, the game is finally back on the PS Store. Here’s everything you need to know about Cyberpunk 2077 Now Available On PS4 PlayStation Store. 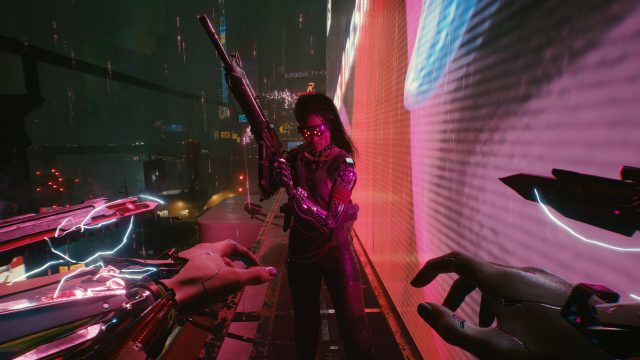 You can buy it right here on the PlayStation Store. When compared to the almost-unfinished state the game was when it first released, CD Projekt Red has substantially improved the game’s performance with a series of patches – at least when it comes to the PC version. It still remains to be seen if this move will have a big enough impact to drive PS4 players back to the game. While CDPR promises that they are hard at work developing new content for the game – both free and paid DLC – it is also true that they have, on the whole, been quiet when it comes to discussing the game. Some players are probably waiting until that new content gets released so they can jump back into the game, but a large portion of the fanbase is also undoubtedly displeased with both CDPR and Cyberpunk 2077.

If you are planning on buying the game from the PS Store, please bear in mind that it is quite large. It takes up more than 100GB on your PS4 Pro’s HDD, so check to make certain you have enough space for it. Also, if you are returning to the game, be sure and check out our Cyberpunk 2077 archive for guides and other such help with the game.