The location where Ashes of Ariandel takes place is still unknown. The first piece of DLC for Dark Souls 3 is coming out in the coming weeks, but there’s no solid info about the area it will introduce yet.
▼Article Continues Below▼
There’s only speculation, and a lot of it. In this guide, we’re going to share some of the most interesting theories about the Ashes of Ariandel location in Dark Souls 3. 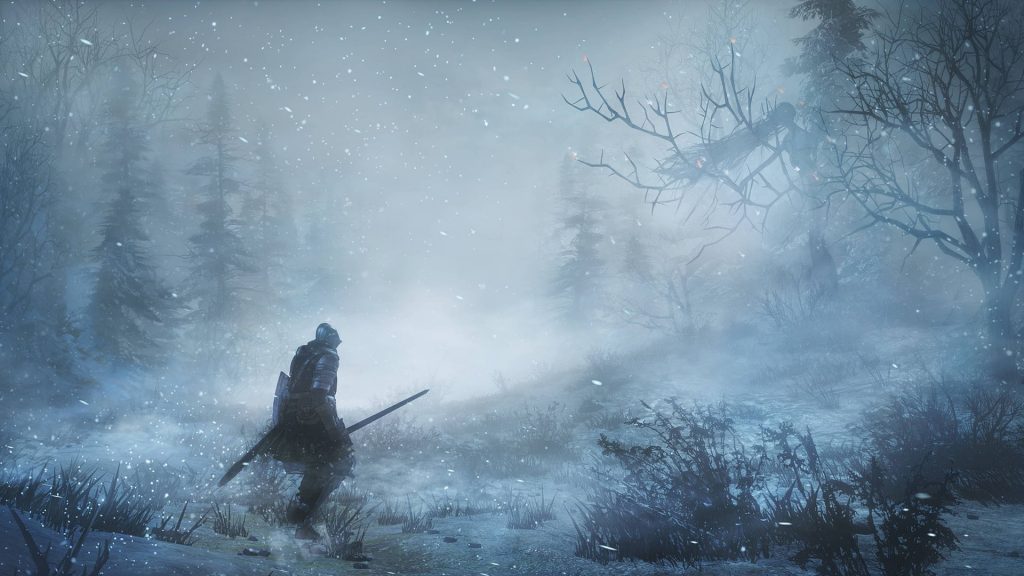 The trailers and gameplay video show off a snowy landscape – we know it’s going to take place somewhere cold. There’s a lot of Gothic architecture, and the outdoor areas are covered in lush pine forests. The terrain is pretty mountainous as well. Sadly, that doesn’t tell us much, lore-wise.

There are several scenes in the trailer that have made a lot of people assume it’s going to be a painted world, a pocket dimension of a kind. The assumptions are based around the similarities between these scenes and the Painted World of Ariamis, a place from the first game. First of all, there’s a picture of a person reaching for a giant painting – the shot is exactly the same as the one in the cutscene that plays when you enter the painting in the first game. Secondly, there’s an old man giving a piece of painted cloth to the player character.

If that is the case, it’s either going to be another visit to the world Ariamis created, or a romp in another (possibly) related work of art. If it’s the former, time-travel is probably going to included. We don’t think that’s the case, though – the painting is completely different to the one from the first games, with some color tones that weren’t at all present in the old one. The strongest theory at this point is that it’s going to be a different painting, possibly created by another painter (Ariandel, for instance).

If you have a different theory, we’d love to hear it. All will be revealed on October 25th, which is when the DLC is going to be released.

PREVIOUS POSTAshes of Ariandel DLC – How to start | Dark Souls 3