Ashes of Ariandel is the upcoming Dark Souls 3 DLC. Set in a completely new area, one of the features it brings is a PVP arena.
▼Article Continues Below▼
It’s a place dedicated to player versus player battling, without any pesky AI enemies to get in the way. There’s very little info about it for now, but there is a lot of speculation. In this guide, we’re going to tell you everything we know about the Ashes of Ariandel PVP Arena in Dark Souls 3, where to find it and which modes it supports. 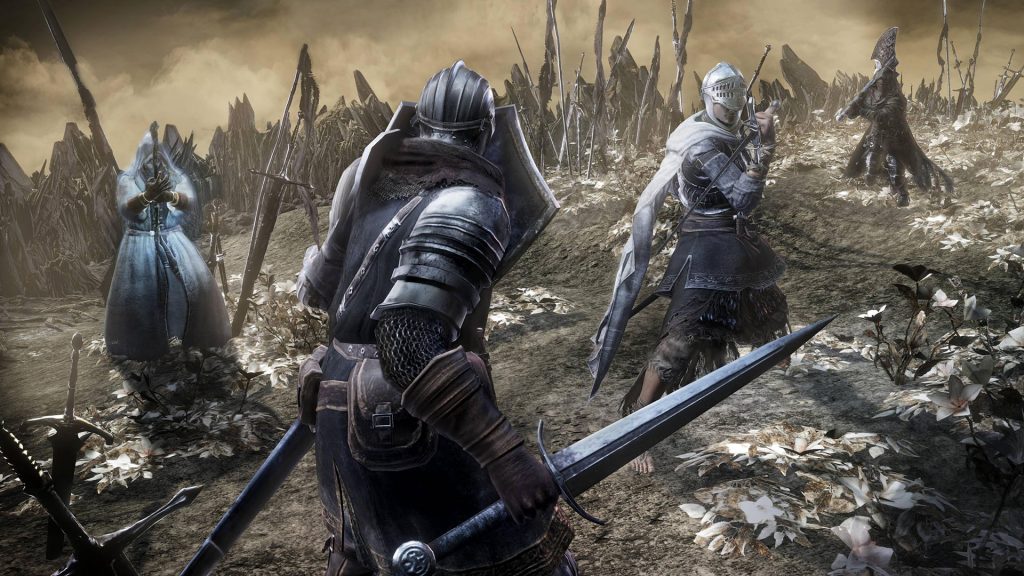 In order to start visiting the PVP arena, you’ll have to kill the Champion’s Gravetender boss first. When you do, you’ll get Champion’s Ashes. Bring them to Firelink Shrine and burn them in the bonfire. This will unlock the Undead Match option at the bonfire, which will let you start playing.

UPDATE: There was a press PVP event, so we’ve got a lot more to chew on. First of all, you’ll access the arena by going to the Firelink Shrine bonfire and selecting Undead Match. There are six different arena modes:You will be able to play arena with friends using the same password system that was present from the start. If you want to play with random strangers, you’ll be able to queue for a brawl or a team fight separately.

OLD INFO: According to a translation of a piece from Famitsu (a Japanese games mag), it’s going to be called Hollow Arena. The picture above makes us think it’s going to be located in the Soul of Cinder boss arena, in the Kiln of The First Flame.

Both the first and second game in the series had their own PVP arenas. The two were quite different, and we hope the Hollow Arena is going to be more like the first. We’re hoping for several game modes, like duel, 2-vs-2, deathmatch, etc. Since Dark Souls 3 made such drastic changes to the PVP formula of the series, we don’t really know what to expect. It’s obviously going to add some structure and rules to it, since that is the only thing the current system could be accused of lacking.

From Software has tweeted about a PVP trailer, which should be out sometime this week. We’ll hopefully learn more once it’s in the ether. If not, we’ll just have to wait for the DLC to come out on October 25th. Once it’s in the wild, we’ll add all the relevant info to the guide. In the meantime, don’t you dare go hollow.