Cemetery of Ash is the first area in Dark Souls 3. It’s meant to show you the ropes and introduce some mechanics that will be used throughout the game. You won’t be able to level up until you’ve completed it. There are a couple of hidden items you can find here, and it ends with a boss fight with Iudex Gundyr. This Cemetery of Ash walkthrough will show you how to finish this area, where to find items and secrets and how to defeat the boss. 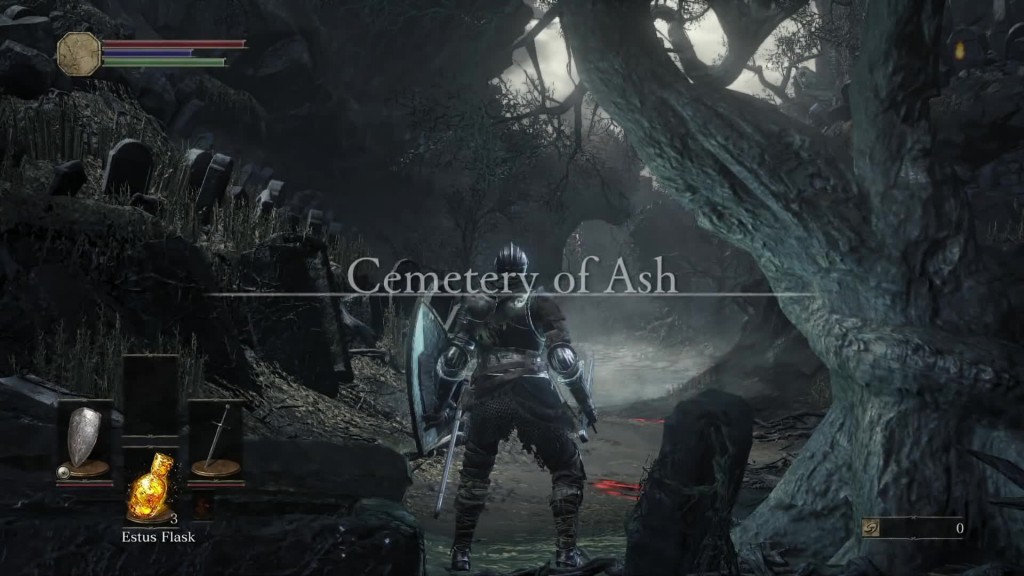 After you fight the first enemy, turn right and go back. The path leads to a Soul of a Deserted Corpse. When you reach the dead body with the Ashen Estus Flask, go left into the hills. There’s a crystal lizard up there, which drops a Titanite Scale when you kill it. There’s also a Soul of an Unknown Traveler next to a gravestone nearby.

You’ll reach the first bonfire after you get to the cliff. If you take the road to the right, all the way down, you’ll find a Firebomb.

When you reach the boss fight area, you’ll see a statue in the middle. Pull the sword out of it and the battle will start. Gundyr fights with a polearm, so he can be parried without too much trouble. Dodge under his swings and attack him from the sides, if you don’t want to parry.


After half of his health is gone, he’ll transform into a monster. Spam attacks while he’s transforming – he won’t be able to retaliate. Stay away from his monster hand.

After you kill him, he’ll drop a Coiled Sword, which you’ll use at Firelink Shrine.