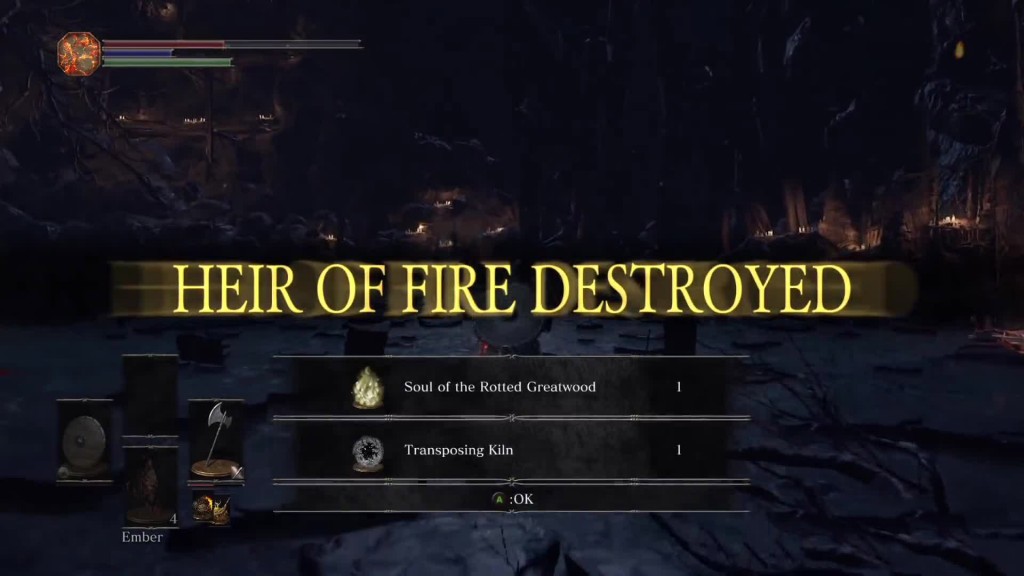 This boss soul will drop after you kill the Curse-rotted Greatwood in the Undead Settlement. You could either use it and gain several thousand souls from it (we don’t know the specific amount yet), or you could save it and use it to create an amazing weapon.

Bring the Transposing Kiln (obtained from the same boss) to Firelink Shrine, and give it to Ludleth. After that, he’ll start performing the service of turning boss souls into unique equipment. Here’s what you can choose to turn this soul into:

If it turns out there’s more to do with the Soul of The Rotted Greatwood, we’ll update this guide accordingly.