How to kill Deacons of The Deep

You will face a lot of respawning enemies during this fight, but you should concentrate only on one. You don’t have to kill any of the others unless they’re in your way. Look for the deacon engulfed in red flames. After you kill him, the boss’ health points will drop, and a red orb will leave his body and enter another. Always go for the one that’s possesed by the orb – you can either slash through the other ones, or lead them away. Simply damaging will do nothing – the boss gets hurt only when the mob is dead.

Once you’ve brought them down to half health, the archdeacon will appear. The red orb will inhabit him, and will not move until the end. The mobs will try to surround the archdeacon in order to protect him. They’ll also start heavily using spells – fireballs and dark bolts. There’s no secret to this part of the fight – use your shield to block the magic attacks, slash through the deacons as fast as you can and kill the boss before they can ressurect. He’s low on physical resistance, so it shouldn’t be too hard. 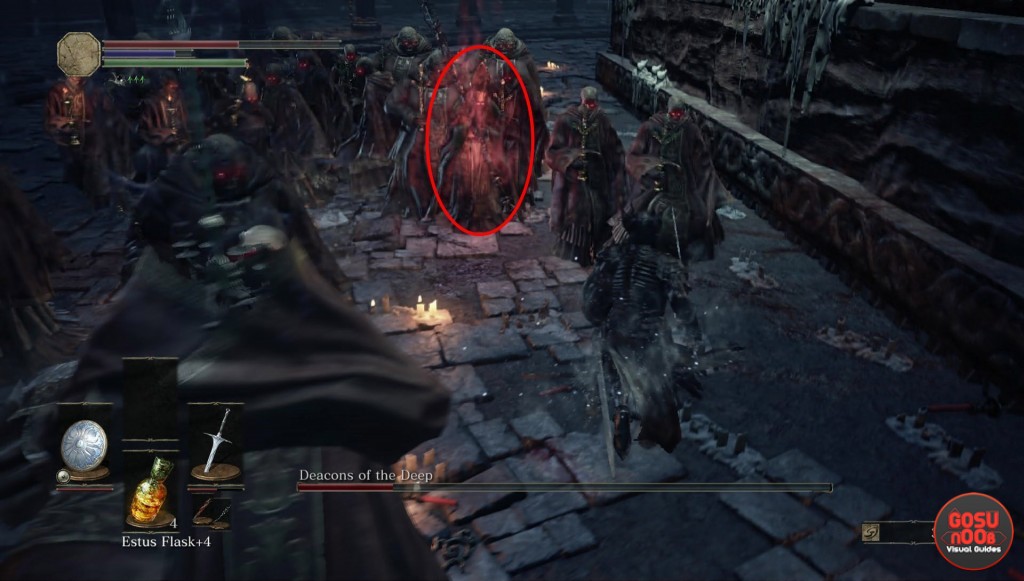 Deacons of The Deep Rewards

You’ll receive a couple of items when you kill this boss: