In order to start the fight, you’ll need to enter Father Ariandel’s sanctum. To do this, you need access to the crypt under Ariandel Chapel. If you don’t know how to get there, there are detailed instructions in our Parting Flame guide.

Once you have access to the crypt and the shortcut is unlocked, here’s what you need to do:

How to defeat Sister Friede

Before you enter the arena, summon the NPC by the bonfire. He’s invaluable. The fight with Sister Friede has three phases. In the first one, she’ll wield her scythe. She can shoot frost bolts that inflict frostbite and do a lot of damage. Make sure you dodge those. At certain points, she’ll become invisible and try to sneak up on you. Listen carefully for her footsteps. She’s not very meaty, and has low poise, you just have to live long enough to get close and start smacking away like crazy.

How to beat Father Ariandel

After you kill her, the giant with the cauldron will resurrect her and join the fight. If you’ve summoned the NPC at the bonfire, he’ll join in at this point. Ideally, he’ll occupy Friede’s attention while you deal with Ariandel. Try to stay behind him, but be on your toes. He’s slow, but his attacks are devastating. They have a joint health bar, so whoever you hit, it will drain from the same pool. Make sure the NPC survives – you’ll need him for the third phase. 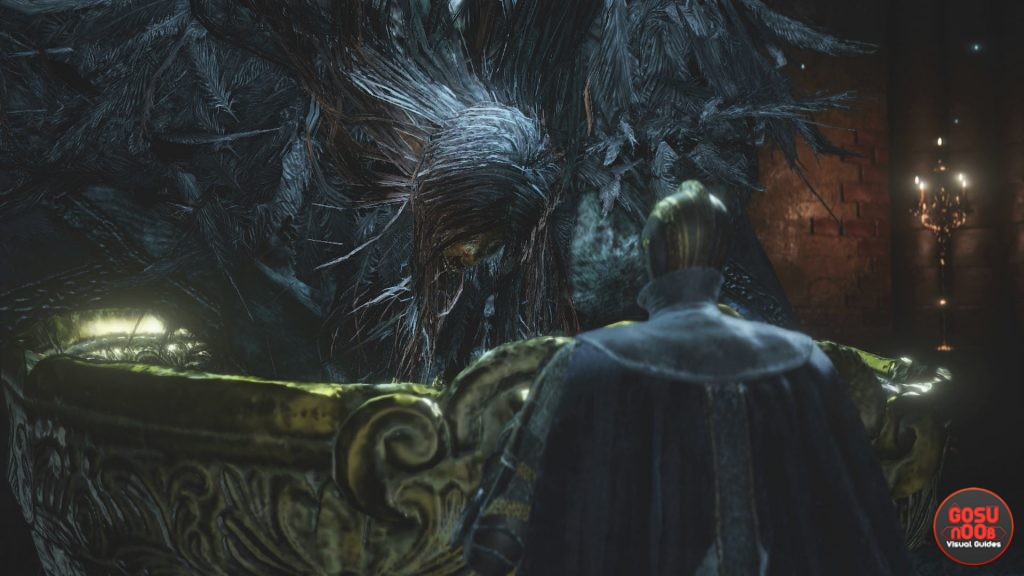 How to kill Blackflame Friede

The last phase is obviously the hardest one. Friede will undergo a transformation, gaining immense speed and the ability to do dark damage. When she jumps, be ready to run – she will follow up with an area-of-effect slam. After she chains together several devastating attacks, she’ll tire. Smack her a couple of times, then continue with the dodging.

If you’ve still got the NPC buddy, he can draw her attention while you beat her up. Make her switch her focus from him to you and back, constantly. If you’ve got the stamina, rushing her is also a great tactic – she still has low poise, so as long as you’re dishing out attacks, she won’t be able to get her bearings. The ideal solution is to push her into a corner and unleash a flurry of attacks.

When you’re done, you’ll be able to transform her soul into either Friede’s Greath Scythe or Rose of Ariandel, back at Firelink Shrine.

NEXT POSTErrors & Problems in Ashes of Ariandel | Dark Souls 3